How One Woman Won a Marathon and Barely Broke a Sweat

To observers at the finish line, Rosie Ruiz must have seemed like the fittest athlete ever to run the Boston Marathon. On this day, April 21, in 1980, the 26-year-old New Yorker finished first among the marathon’s women runners in near-record time — just over two and a half hours. Even more impressive: When officials crowned her the winner, she was barely sweating, according to Mass Moments, the Massachusetts Foundation for the Humanities’ online history almanac. Her hair was still perfectly styled, and her face was hardly flushed after the 26-mile race.

Ruiz made winning a marathon look easy. And it was, using her signature strategy: Don’t run the whole thing.

Officials were dubious, however, partly because of her unsweaty nonchalance and partly because no one — neither competitors nor spectators — could remember having seen her during the first 25 miles. When witnesses came forward a few days later to say they’d seen her run onto the course from the sidelines just a mile from the finish line, her medal was revoked.

Ruiz’s own admissions might have given her away in any case: She acknowledged that she’d only started training 18 months earlier, by running around Central Park. And she’d only ever competed in one other marathon: the New York Marathon, where she’d had a notably slower (although still impressive) time.

Legendary runner Kathrine Switzer — the first woman ever to officially compete in the Boston Marathon — was instantly suspicious when she spoke to Ruiz after the race, which she was covering that day as a television commentator. Switzer asked what Ruiz’s intervals had been, per TIME; Ruiz replied, “What’s an interval?”

More deception was revealed when New York Marathon officials looked into Ruiz’s 24th-place finish in that race and discovered that she had used a similar strategy to qualify for the Boston Marathon — by taking the subway instead of running most of the course. According to the New York Daily News, Ruiz explained the fact that she was wearing a marathon number by telling fellow subway riders that she had twisted her ankle and just wanted to see the end of the race.

She may not have had much training as a distance runner, but she seemed to have a great deal of practice in bending the truth. Even her application for the New York Marathon was based on a lie: An Associated Press story reveals that she submitted the form after the deadline had passed, but then got “special dispensation” by claiming she had a fatal brain tumor.

And while Ruiz never faced criminal consequences for faking her race finishes, she later ran afoul of the law for unrelated reasons. In 1982, she was charged with stealing $60,000 from the realty company she worked for, and in 1983 she was arrested for selling two kilos of cocaine to an undercover detective, per the AP.

Meanwhile, Boston Marathon organizers have made it harder to follow in Ruiz’s fraudulent footsteps. An unscrupulous couple who finished first in the senior category of the 1997 marathon were quickly found out, despite having registered at the course’s computer checkpoints, because they failed to appear on video shot at secret locations.

Read more about the history of the Boston Marathon, here in the TIME archives: A Long Running Show

Read next: Survivor: Last Year’s Marathon Was for Boston. This Year’s Is for Me. 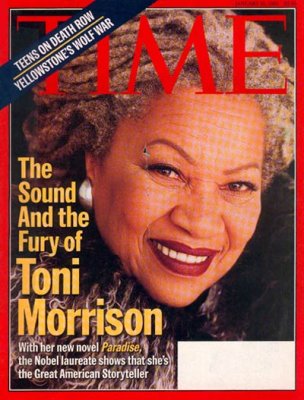 How Toni Morrison's New Novel Answers Her Critics
Next Up: Editor's Pick