The recent story of two Transportation Security Administration screeners at Denver International Airport manipulating full-body scanners in order to grope men’s crotches is disturbing, but it came as no surprise to me.

Over the course of my six years with the TSA, the leveraging of rules and surveillance tools to abuse passengers was a daily checkpoint occurrence. Has the TSA screener searching your luggage suddenly decided to share with you the finer points of official bag-search procedure just as your final boarding call is being announced? There’s a good chance that he or she just doesn’t like you. Or in some cases, as we’ve seen, it may be that the screener finds you attractive and wants to use the TSA rules as an excuse to get his or her hands on you.

Amid all the jokes in comment sections, it’s easy to forget that the groping of these dozen or more male passengers by two conspiring TSA screeners is sexual assault, plain and simple. And while it’s easy to focus all the blame on the two unsavory screeners who are now no longer with the agency, perhaps the bigger issue here is a systemic one: There are far too many federal hands on people’s private parts in airports.

(The TSA agents involved have been fired, and a spokesman for the agency has said: “All allegations of misconduct are thoroughly investigated by the agency. And when substantiated, employees are held accountable.”)

What most people don’t realize is that the full-body scanners the two agents used to assault those passengers — the scanners that millions of people pass through each day — are practically useless. The TSA, in its rush to replace the controversial “nude” radiation scanners that they phased out in 2013, swapped out one poorly functioning line of machines for another. The current millimeter wave scanners, with their outrageous false-positive rates, regularly cause unnecessary pat-downs: The agent running his or her hands over you after you pass through the scanner is almost never doing it for a good reason.

Just a few weeks ago, the TSA reached an agreement with the American Civil Liberties Union after a flurry of complaints from African-American women whose hair was too-frequently inspected after passing through the scanners. The reason? The scanners single out areas on passengers’ bodies for pat-downs for just about anything, from the hair of people with braids or barrettes, to the crotch areas of people whose pants are slightly sagging (usually due to the fact that the TSA makes people remove their belts). The scanners even misidentify perspiration as a potential concealed weapon (have you ever walked into Phoenix Sky Harbor International Airport in July without a slight perspiration problem?) When I worked the millimeter wave scanners, we averaged false head-area anomalies on what I’d estimate was about 1 out of every 8 passengers.

Perhaps the most disturbing part of the sexual assault of male passengers at Denver International via full-body scanners is that the victims will likely never even know they were assaulted, since so many passengers have their private parts fondled when passing through the scanners, anyway. It’s difficult to tell where airport security ends and sexual assault begins these days. Pat-downs of people’s sensitive areas should be much rarer than they are at the airport.

The TSA should scale back its use of the ineffective full-body scanners. While there is a need for the capability to detect non-metallic threats on passengers going through checkpoints — especially after the failed Underwear Bomb Plot of 2009 — forcing every passenger to get inside costly, poorly functioning full-body scanners is not the answer. The TSA apologists who claim that 100% full-body scanning is the only way to prevent a terrorist from sneaking non-metallic weapons aboard an airplane haven’t given the matter much thought.

Though if the TSA were to do away with the faulty full-body scanners tomorrow and revert back to walk-thru metal detectors, there would still be half a dozen ways a passenger could find his or her crotch being patted down per the TSA’s current system, including:

Adequate deterrence against a theoretical terrorist with a non-metallic weapon on his person is all the TSA can and need provide at airports. One or two full-body scanners per terminal, through which the occasional passenger could be randomly directed (alongside passengers on watch-lists), would provide that adequate deterrence. The vast majority of the traveling public need not pass through a full-body scanner, and need not be groped at all. 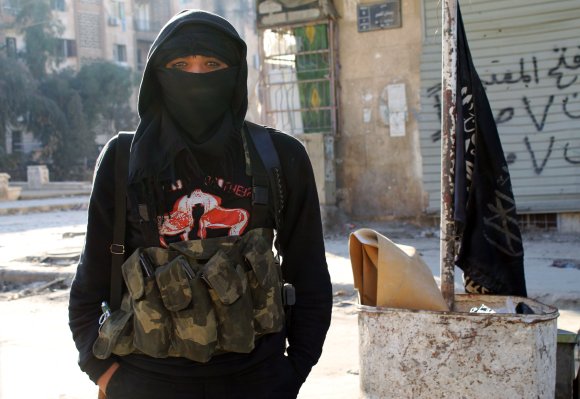