Chicago chef Homaro Cantu, whose scientific approach to food made him a star in the city’s dining scene, has died at age 38 in what police say appears to be a suicide.

His body was found in the building where he planned to open a brewery, the Chicago Tribune reports. An autopsy was scheduled for Wednesday, according to the Cook County medical examiner’s office.

Cantu was an owner of Moto, one of the country’s most prominent restaurants in the field of molecular gastronomy. He said his family’s homelessness during his childhood inspired him to tackle issues of hunger and nutrition creatively, experimenting with edible paper and miracle berries, which turn sour foods sweet. He started a lab in the basement of Moto and dreamed of creating hangover-free beer and vegan eggs.

“I think [I’m] a product developer first and foremost now,” he told the Chicago Tribune in 2012. “I was just taught very early that if I didn’t solve problems, I was headed for a very dark path.”

In March, an investor in Moto and another now-closed restaurant of Cantu’s sued him, alleging that he never received his share of profits and that Cantu used restaurant funds for personal expenses and the promotion of his The Miracle Berry Diet Cookbook, the New York Times reports.

“I don’t think there’s anybody like Omar,” longtime friend and chef Michael Taus of the restaurant Taus Authentic told NBC Chicago. “I mean, he was shooting for the moon. He didn’t know the word, ‘No,’ and he was just always experimenting. He was a mad scientist.” 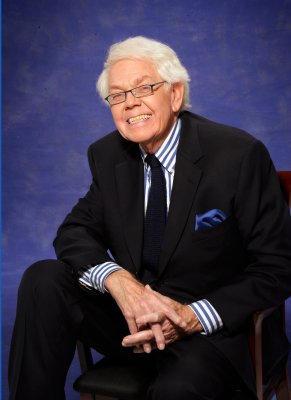 Comedy Legend Stan Freberg Dies at 88
Next Up: Editor's Pick