This Is the First Doughnut to Be Launched Into Space

It was one small step for two brothers and a giant leap for mankind after the duo succeeded in sending what is believed to be the first doughnut into space this month.

According to Swedish news outlet the Local, the brothers Alexander and Benjamin Jönsson from Lysekil, Sweden, crossed the border into Norway last week, where they attached a doughnut and camera to a weather balloon and launched the contraption, sending it almost 20 miles above the earth’s surface.

“I’m really into space and photography, and I used to play around with weather balloons back in school,” Alexander told the Local. “Then we had the idea that we should send something really crazy up into space and thought ‘Hey, nobody has ever sent a doughnut up before.’”

Hours after being launched, the vessel and the doughnut came crashing down to earth and was later recovered in Lake Vättern, Sweden. The doughnut, albeit soggy, was still intact. 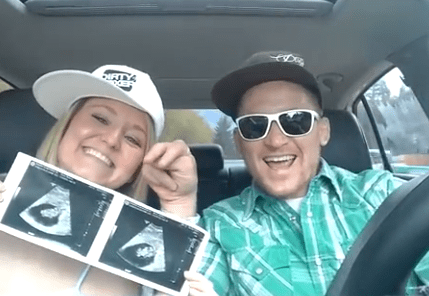 The Fresh Prince-Themed Pregnancy Announcement Nobody Asked for
Next Up: Editor's Pick