The Google logo is seen inside the company's offices in Berlin on Mar. 23, 2015.
Adam Berry—Getty Images
By Tom Huddleston, Jr. / Fortune

After a five-year antitrust investigation of Google, European regulators are said to be ready to file formal charges against the company as soon as Wednesday.

The European Commission plans to accuse the online search giant of violating the region’s antitrust laws, according to reports from the Financial Times and The Wall Street Journal. European Union regulators will charge Google with anti-competitive behavior such as diverting online traffic away from rival companies toward its own services.

The European Commission has spent half a decade investigating Google’s online behavior in an effort to find evidence that the company takes advantage of its dominant position in the online search market. Google could end up facing a fine of up to $6.6 billion in what would be one of the EU’s largest-ever antitrust battles.

EU Competition Commissioner Margrethe Vestager is expected to announce the formal charges against Google in a statement Wednesday that will follow a meeting with other EU commissioners, according to the FT.

Rumors surfaced last month that the EU was wrapping up its investigation and that charges could be brought as soon as this month. WSJ reported earlier this month that the European Commission was requesting confidential information pertaining to Google’s online practices from companies that previously filed lawsuits against the U.S. tech company.

Last fall, European Parliament members voted overwhelmingly to approve a non-binding resolution that called for the break-up of Google in Europe, where the company has a nearly 90% market share, which is larger than its share of the U.S. market. 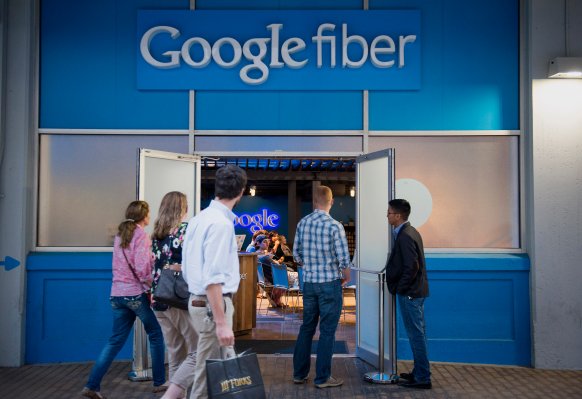 See Which Cities Might Get Faster, Cheaper Internet Soon
Next Up: Editor's Pick