How Colleges are Squeezing Students on Financial Aid

Dalia Garcia breathed a sigh of relief when she found out that she had been given enough financial aid to nearly cover the cost of tuition for her first year at California State Polytechnic University at Pomona. Because her father earned less than $20,000 a year as a janitor, college would have been out of reach without the help. The aid meant “having a sense of security,” she recalled. And as a high school valedictorian with a high grade-point average, Garcia was able to add several scholarships to her bounty.

Then, heading into her junior year, the money stopped.

“I would go to the financial aid office, they would direct me to websites, and everything was for first- and second-year students,” Garcia said, explaining that college officials told her she would have to find work-study programs or loans to cover whatever her family couldn’t afford.

“I was shocked,” she said. “Especially being closer to graduating, I thought, ‘Why wouldn’t they want to help me?’ ”

Many parents exulting at the financial-aid offers their children have received from colleges this spring are in for a similar surprise, several experts warn. As colleges compete to attract new students, they often often dangle more aid in front of prospective students who are still deciding where to go, and reduce the flow later.

The practice is well-known to education policy analysts. Ben Miller, a senior policy analyst at the liberal think tank the New America Foundation, refers to it as “bait-and-switch pricing.” Mark Kantrowitz, senior vice president at Edvisors, an organization that researches and advises on financial aid, calls it “front-loading.” He says it’s the result of schools offering more aid to first-year students and their parents as a kind of “leveraging; they’re using financial aid as a recruiting tool.” Once the student has been recruited, the financial aid declines.

Such drop-offs can leave students particularly vulnerable, especially in this moment of rising tuition rates. Front-loading leaves many upperclassmen facing the difficult choice of going deep into debt to stay in school, transferring or dropping out. To make matters worse, many private scholarships are also restricted to freshmen, and end after the first year. Discovering the loss of funding as suddenly and unexpectedly as many students do is like “getting to the edge of a cliff,” said Amy Weinstein, executive director of the National Scholarship Providers Association, or NSPA.

Kantrowitz estimates that about half of all colleges and universities front-load in some form. Indeed, Federal data bear out that the practice is widespread. They show that a lower percentage of undergraduates in general receive financial aid from colleges and universities than freshmen alone do. The amount awarded to the typical freshman is higher, too, before it then declines. More than 46% of freshmen get tuition discounts, according to an annual survey by the National Association of College and University Business Officers —but fewer than 41% of all undergraduates do.

Not everyone in the field believes the practice is misleading or even deliberate.

“The numbers are what they are, but there are so many reasons why it might be happening,” said Megan McClean, managing director of policy and federal relations at the National Association of Student Financial Aid Administrators. She points to circumstantial changes that could lead to diminished aid, such as a family’s financial situation improving, and upperclassmen who transfer to another school and need less grant money.

A 2013 report by the NSPA urged that financial aid administrators disclose to families of students whether they practice front-loading or not, either in person or in financial aid award letters.

McClean said her organization “encourages parents and students to talk up front” with colleges about their financial aid packages. But Kantrowitz said they may not get an honest answer.

“Schools aren’t necessarily open about this,” he said. He has attended meetings, he said, at which parents ask school officials if they front-load their financial aid packages, and the “school acts dumb. They prevaricate.”

Earlier clarity would have helped Garcia. After scrambling to fill the gap left by her diminished aid, Garcia got financial help from Bright Prospect, a nonprofit that assists high-achieving, low-income students, and graduated in 2013. She now works for the organization, managing scholarships, and said she sees a lot of students in a similar position. “The first year looks amazing,” she said, “and then, from the second year on, the financial aid goes down, and the loans increase.”

This story was produced by The Hechinger Report, a nonprofit, independent news organization focused on inequality and innovation in education 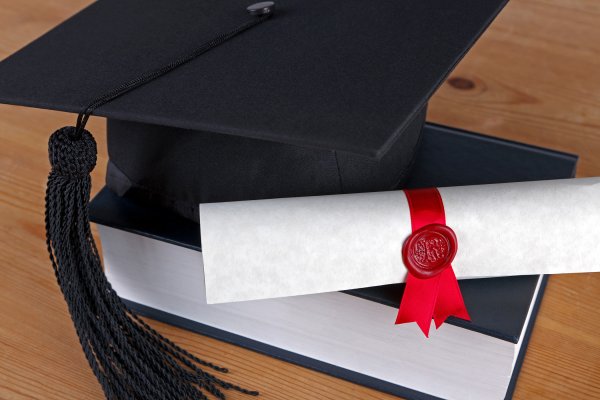