Many parents travel for work, but a Texas 13-year-old named Stephanie has a father with a particularly challenging commute—he works in the International Space Station.

And so, to let her Dad—who ABC reports is probably Expedition 43 commander Terry Virts—know how much she misses him, Stephanie decided to write him a very, very large note that he could read from space.

“It might make him miss us even more, or miss Earth,” Stephanie said in Hyundai’s latest ad.

Since it would be nearly impossible for Stephanie to scrawl a note that’s big enough for her Dad to read, the car company deployed a fleet of 11 Hyundai Genesises to write a 5.5 square km note in Nevada’s Delamar Dry Lake. That’s one and a half times the size of New York’s Central Park.

Stephanie’s astronaut father got the message, according to Hyundai. 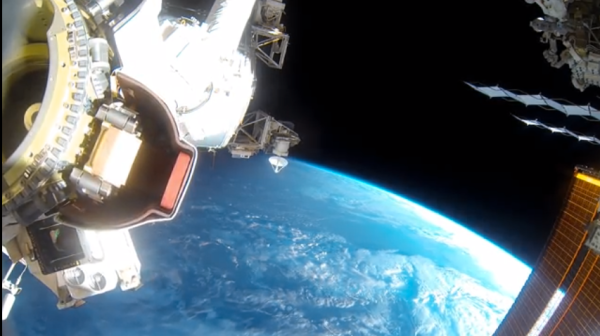