A Brief History of Secretaries

Toni Kari, who won the title of "Secretary of the Year" of the Denver Chapter of the National Secretaries Association, in 1964, on Jan. 24, 1964, in Denver
Phil Slattery—Post Archive/Getty Images
By Lily Rothman

And in the ’50s, when the first such celebration took place, there was good reason for the American businessman (he was nearly always a man) to want to thank his secretary (nearly always a woman).

As TIME reported in a 1957 article about “The Secretary Shortage: They’re Either Too Pretty or Too Old,” the record number of women entering the workplace during that decade was not translating to a surplus of stenographers. The young, unmarried cohort that had traditionally served as secretaries was particularly small, due to the Depression-era birth-rate decline, and booming post-war business meant that demand was up. In addition, the opening up of a wide range of jobs to female workers meant that the women who were available for jobs were less likely to choose repetitive secretarial work. (Not that being a secretary was always boring: in a 1954 paean to the magazine’s administrative workers, TIME’s publisher praised bureau secretaries for being able to speak multiple languages, take dictation on two separate stories at once by using both hands — really! — and organize complicated international shipments for war photographers.)

Businesses tried a variety of tactics to change their minds, according to TIME:

At the time, the magazine guessed at the maturation of the Baby Boom generation would mean that, given another decade, supply and demand would sort themselves out.

And yes, by the late ’60s there were more 20-something working women than there had been a decade earlier — but that wasn’t all that had changed. In fact, TIME articles about secretaries of the 1970s are also about the work shortage, despite what was at the time a high unemployment rate. Attitudes toward secretarial work hadn’t caught up with the rise of Women’s Liberation: Secretaries were thought to get little credit for their work and few opportunities to advance. Those young, educated women who had once been lured in with the promise of “Young Execs!” were giving it a pass.

As TIME reported in 1972, under the headline “Rebel Secretaries,” things were changing:

But, one way or another, the message got through. At the time, the National Secretaries Association counted that half of its members had aspirations of using their jobs to work toward management positions; accordingly, training courses were moving beyond shorthand to include topics like accounting.

And, as computers became a regular presence at the average office, the typing and filing that had once filled a secretary’s days diminished, leaving room for much more and varied work — a change that eventually created the administrative professional role we’re familiar with today.

Read the 1972 report, from a special issue about the American woman, here in the TIME Vault: Rebel Secretaries 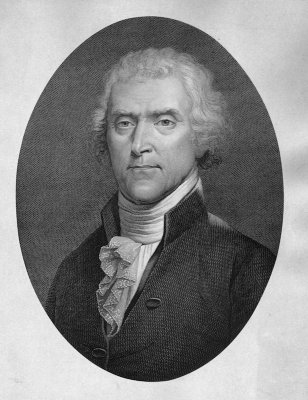 Once a Liberal Icon, Jefferson’s Now Claimed by Both Left and Right
Next Up: Editor's Pick