New Jersey Gov. Chris Christie will unveil a proposal to change Social Security and Medicare Tuesday in a speech in New Hampshire, as he seeks to inject new life into his presidential ambitions.

The outspoken Republican’s political fortunes soured after last year’s controversy over the political closure of approach lanes to the George Washington Bridge and a tough fiscal picture at home. But Christie is hoping that by embracing the third rail of American politics with two hands he can bolster his credentials as a truth-teller.

“Washington is afraid to have an honest conversation about Social Security, Medicare and Medicaid with the people of our country,” Christie will say in a speech at New Hampshire’s St. Anselm College Institute of Politics. “I am not.”

Christie will propose raising the retirement age for Medicare to 67 and for Social Security to 69, arguing that entitlement programs must be fair for all Americans, including the next generation that is paying into the programs while questioning whether they will ever see benefits.

In a controversial move, Christie would means-test Social Security, reducing or cutting payments entirely for those who continue to earn income in retirement. He will argue that he wants to return the program being a social insurance program, where only those who need the outlays will receive them.

“Do we really believe that the wealthiest Americans need to take from younger, hard-working Americans to receive what, for most of them, is a modest monthly Social Security check,” Christie will say. “I propose a modest means test that only affects those with non-Social Security income of over $80,000 per year, and phases out Social Security payments entirely for those that have $200,000 a year of other income.”

To incentivize work as more Americans continue to hold jobs later into life, Christie would eliminate the payroll tax at 62.

Christie’s political identity stems from his willingness to take on powerful interests, such as his home state’s teachers unions, altering the calculus in favor of what for most other politicians would be an undeniably risky move. But Christie’s proposals stop short of radically altering either Medicaid or Social Security as some conservatives have proposed, staying away from the 2000s-era privatization debates. 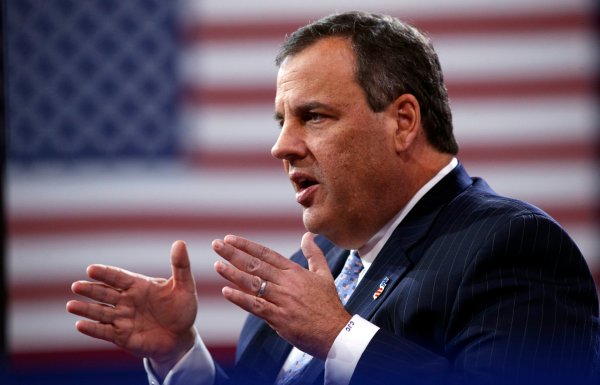 Sights Set On New Hampshire, Chris Christie Looks For 2016 Reboot At Home
Next Up: Editor's Pick