Senate Committee to Challenge Obama With Vote on Iran Bill

(WASHINGTON) — In a direct challenge to the White House, a Senate committee is to vote on a bill that would give Congress a chance to weigh in on any final nuclear agreement that can be reached with Iran.

Despite a veto threat from President Barack Obama, there is strong bipartisan support on Capitol Hill for Congress to have a say in any deal that the U.S. and five other nations are able to negotiate to keep Iran from being able to develop nuclear weapons in exchange for easing sanctions crippling the economy of the influential nation in the Middle East.

The White House doesn’t want Congress to take any action that could upset the delicate negotiations that are supposed to wrap up with a final agreement by the end of June.

“There have been some tweaks,” said Corker, R-Tenn. “I’m hopeful that we’re going to be successful tomorrow.”

A new version would be an attempt to make the bill more palatable to lawmakers who have sought changes, such as shortening from 60 days to 30 days the length of time that Congress would have to review any final deal that’s reached.

“Now that we’ve got the broad outlines of the framework and we’re getting more thorough briefings from the White house, we should be able to review and provide input on the bill responsibly in 30 days or less,” said Sen. Chris Coons, D-Del., a member of the committee.

Asked whether a new version could win a veto-proof majority in the full Senate, Corker was cautiously optimistic. “We are moving in a very positive direction and we’ve worked through some issues that I think give me a lot of hope that that could well be the case,” he said.

Corker, who introduced the bill with Sen. Bob Menendez, D-N.J., also said he was optimistic that there could be a full Senate vote on the bill, instead of delaying a vote until after the deadline for the agreement at the end of June.

Corker has been working closely with Sen. Ben Cardin of Maryland, the ranking Democrat on the Foreign Relations Committee. Cardin also said he was “optimistic that an agreement can be reached.”

On the House side, Majority Leader Kevin McCarthy said Monday he will bring the bill to the floor if the Senate acts on legislation giving Congress the power to review any deal.

As the bill is currently written, Obama could unilaterally lift or ease any sanctions that were imposed on Iran through presidential executive means. But the bill would prohibit him for 60 days from suspending, waiving or otherwise easing any sanctions that Congress levied on Iran. During that 60-day period, Congress could hold hearings and approve, disapprove or take no action on any final nuclear agreement with Iran.

Secretary of State John Kerry, who played a leading role in getting a framework agreement with Iran last month, personally pleaded with House Republicans and Democrats on Monday to give the Obama administration more time and room to negotiate a final deal. Kerry met in a closed-door session with members of the House and was to meet with senators on Tuesday before the committee debates the bill.

“We have two and a half months more to negotiate, that’s a serious amount of time with some serious business left to do,” Kerry told reporters outside a congressional auditorium where the briefing was held. “We hope Congress listens carefully and ask the questions that it wants. But also give us the space and the time to be able to complete a very difficult task which has high stakes for our country.”

After the private briefing with members of the House, Rep. Steve Israel, D-N.Y., said he was not convinced the framework deal Kerry described is as good as it needs to be. “I was skeptical before. I remain skeptical,” he said.

“Honestly, it sounds like somebody was trying to sell me a car,” Salmon said.

Rep. Dana Rohrabacher, R-Calif., said Congress has already given the administration enough time. “Even if he succeeds in this,” Rohrabacher said, “I don’t think we are going to be any safer.”

At the White House, Obama met for several hours with two groups of Jewish leaders in another part of the campaign to win support for a deal. While Israeli Prime Minister Benjamin Netanyahu is intensely skeptical that international negotiators can reach a verifiable deal with Iran, which has threatened to destroy Israel, some American Jewish groups have backed the international negotiations. 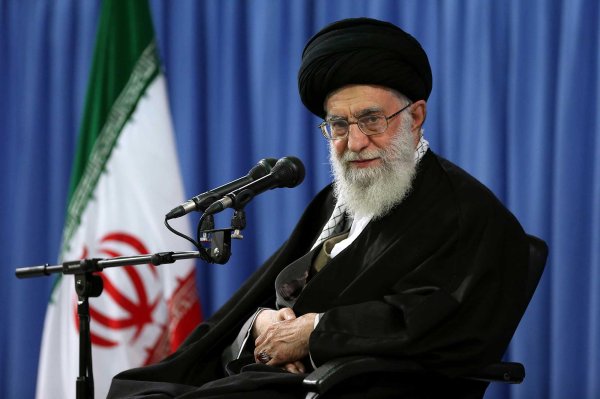