Vine sensation and teen heartthrob Shawn Mendes just released his debut album Handwritten on iTunes, and social media is going crazy for it.

The 16-year old Canadian singer announced to his followers on Twitter that they could “finally” download the album.

Within minutes, #HandwrittenOniTunes was trending on Twitter as fans stormed the site to share their love for the new album.

Mendes, who’s touted as the next Justin Bieber (although he sounds more like Ed Sheeran) shot to fame in 2013 when he began uploading brief clips of covers of famous songs to popular video sharing site Vine. After gaining thousands of followers, the Toronto native was given a record deal with Island Records and his debut single Life of the Party made it into the Top 25 on the Billboard singles chart, making him the youngest artist to hold the honor.

And his career seems to be skyrocketing, as Mendes — who’s currently on tour himself — will open for Taylor Swift on her 1989 world tour this summer. 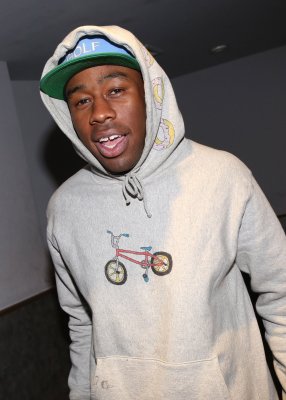 Tyler, the Creator Dropped a New Album
Next Up: Editor's Pick