Water Could Be Forming in the Martian Soil Under Certain Conditions

NASA's Mars Curiosity rover is pictured in this self-portrait where the rover drilled into a sandstone target called "Windjana" on Mars in this handout photo. June 2014.
NASA/Reuters
By Helen Regan

NASA’s Curiosity rover has discovered that conditions on Mars are “favorable” to producing briny water in the soil, which could in turn imply that water could form all over the surface of the Red Planet if certain conditions are met.

Scientists found that the soil in the Gale Crater of Mars contained perchlorate, a salt that acts as a kind of anti-freeze by absorbing water vapor from the atmosphere, lowering the freezing temperature of the water.

Curiosity’s latest findings — published as a study in Nature Geosciences — have led NASA scientists to suggest that, during certain cold nights, the temperature and humidity levels are just right for brine to form in the soil, drying out after sunrise.

Liquid water is a requirement for life, the study’s lead author Javier Martin-Torres said. But the data doesn’t mean the rover will unearth E.T. on its next mission.

“Conditions near the surface of present-day Mars are hardly favorable for microbial life as we know it, but the possibility for liquid brine on Mars has wider implications for habitability and geological water-related processes,” he said.

The latest study analyzes the planet’s humidity and temperature for a full Martian year. The data shows that brine should be forming all over the planet, especially at higher altitudes.

“Gale Crater is one of the least likely places on Mars to have conditions for brines to form, compared to sites at higher latitudes or with more shading,” said co-author of the report Alfred McEwen.

Since Curiosity landed on the Martian planet in August 2012, it has found strong evidence to suggest that ancient stream-beds and lakes existed more than three billion years ago. To discover how these environmental conditions evolved, the rover is now examining Mount Sharp, a mountain with sediment layers that lies at the center of the Gale Crater. 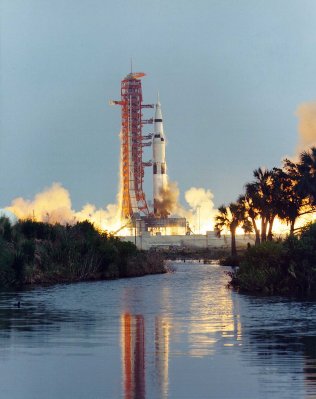 Why Apollo 13 Was Called NASA's Most 'Successful Failure'
Next Up: Editor's Pick