Richard Holbrooke’s career as an American diplomat spanned nearly half a century before his death in 2010. In April, two decades after Holbrooke helped seal the Dayton Peace Accords, making an end to the war in Bosnia that had become Europe’s most brutal conflict since World War II, a new documentary by his eldest son will explore the diplomat’s legacy.

In a first look at the official HBO trailer for The Diplomat, David Holbrooke aims to understand his father’s work. He interviewed dozens of people along the way: journalists and policy makers and military leaders.

Among them is Hillary Clinton. Holbrooke supported her bid for President eight years. Had Clinton won the White House, many believed Holbrooke was positioned to become her Secretary of State. Instead with Barack Obama in the Oval Office and Clinton leading the State Department, Holbrooke was appointed by the President a special adviser on Afghanistan and Pakistan.

In the clip, Clinton remembers one of Holbrooke’s particularly aggressive episodes of diplomacy.”He was so intent upon making his case and I’d push open the door to the ladies room and he follows me in,” she says.

“Richard Holbrooke is the most alive person any of us have ever encountered and will ever encounter,” said Samantha Power, the U.S. Ambassador to the U.N. Power went to Bosnia as a journalist when Holbrooke was the U.S. envoy trying to find a path to peace. He later became her mentor.

THE DIPLOMAT premieres at the Tribeca Film Festival on April 23 and airs on HBO in the fall. 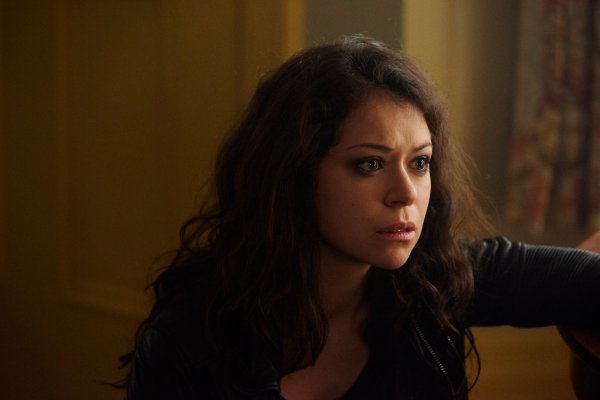 Here's How Tatiana Maslany Gets Into Character While Shooting Orphan Black
Next Up: Editor's Pick