The South Carolina police officer charged in the videotaped shooting death of an unarmed black man earlier this month will not face the death penalty, the chief prosecutor in Charleston County said Monday, marking the latest turn in a case that has reignited the national debate on race and police force.

Ninth Circuit Solicitor Scarlett Wilson said none of the 22 circumstances that allow South Carolina to seek capital punishment apply in the case involving North Charleston Patrolman 1st Class Michael T. Slager, The Post and Courier reports. Slager, 33, was arrested and charged with murder following the death of Walter Scott on April 4; a bystander’s video of the deadly incident shows Slager firing eight shots in the direction of Scott as he ran away after being stopped about a broken tail light.

“Under South Carolina law, this case is not death penalty-eligible,” Wilson said Monday. “There are aggravating circumstances which can take a murder case from being a maximum of life to death being the maximum sentence. None of those factors are present in this case.”

Slager, who remains held at the Charleston County Jail, faces 30 years to life in prison if convicted.

Read next: In the Line of Fire 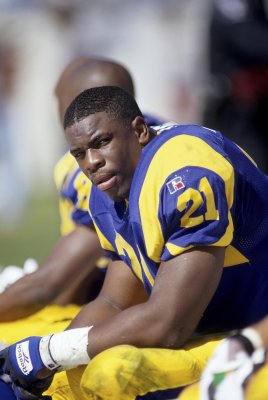 Ex-NFL Player Suspected in Murder of Prison Cellmate
Next Up: Editor's Pick