Indonesian presidential candidate and Jakarta Governor Joko Widodo, center, shakes hands with his supporters after making a speech in Jakarta as the election campaign kicks off on March 16, 2014
The Asahi Shimbun
By Michael Schuman

Rarely has the mere announcement of a candidacy been met by such investor relief. On the day, earlier this month, when Joko Widodo was nominated for President of Indonesia by a major political party, the stock market surged and the currency strengthened. The country had been battered in recent months by nervous investors, but the mere hope that Jokowi, as he is commonly called in Indonesia, will triumph in July’s presidential election gave hope to the business community that much needed reform would progress in the world’s fourth most populous nation.

The situation is similar in India. After years of lackluster reform, the business community is abuzz that the opposition Bharatiya Janata Party (BJP) will likely win general elections starting in April and install the controversial Narendra Modi as Prime Minister. The hope in the world’s second most populous nation is that Modi, a proven economic reformer, will tackle the problems that have caused the economy to stumble.

But is the hope justified? Both Asian giants are badly in need of a jolt of new reforms, and perhaps fresh leadership will spur the effort forward. Yet even if Jokowi and Modi manage to win their elections, there is no guarantee of progress. Both could get entangled in political conflicts that could thwart any attempts at rapid change.

That could be a problem. India and Indonesia are two of the “fragile five” — the emerging economies deemed most vulnerable to the U.S. Federal Reserve’s tapering of its unorthodox stimulus program — and beginning in the summer of 2013, both countries’ currencies have experienced periods of dramatic decline as investors fled.

India is probably in worse shape than before. A do-nothing, Congress-led administration allowed political disagreements to stymie the promarket reform that sparked India’s rapid growth. As a result, the GDP growth rate has shrunk to half what it was just a few years ago. Most desperately, the country needs to cut red tape to prevent the overbearing bureaucracy from smothering investment projects.

The story is similar in Indonesia. After a burst of reform early in his presidency, Susilo Bambang Yudhoyono’s effort got strangled in politics within his coalition. Much like India, Indonesia needs to clear up confusing regulation and improve infrastructure to boost investment and growth.

Can Modi and Jokowi deliver? Jokowi, as the governor of the capital, Jakarta, is known as a man of the people, taking regular jaunts onto the streets to talk with voters and instituting improvements to welfare programs. But running a city — even one as large and unwieldy as Jakarta — and governing the nation are two very different things. As President, Jokowi would have to push reforms through parliament, the members of which will be elected in April. Whatever happens, Indonesia’s parliament will likely be a messy place filled with contending political movements. Also, on national policies, Jokowi has said little, so we just don’t know much about what his policy platform will be.

“We believe that his overall policy bias is likely to be market-friendly, supporting investor confidence,” was the best economists at Barclays could say about him in a recent report.

Modi has a more developed track record. As chief minister of the state of Gujarat, he is credited with engineering an economic “miracle” there with probusiness reforms like streamlining bureaucracy and improving infrastructure. (For more, see my colleague Krista Mahr’s analysis of Modi’s record.) Yet achieving similar results at a national level will be much harder. It is likely that even if the BJP garners the most parliamentary seats in the election, the party may still have to govern in a coalition, raising the possibility that squabbles between its members will block reform as they have done in the current Congress-led government. Nor is it clear that the BJP is any more proreform than Congress, especially when it comes to politically sensitive issues. According to a recent report by Capital Economics, no BJP-governed state — including Modi’s — approved a controversial Congress reform opening up the retail market to multibrand stores. “The BJP’s recent record suggests that it is less committed to progrowth reform than many assume,” the research firm noted.

So in the end, whatever the intentions of Jokowi and Modi, they could get trapped in the same political problems that consumed their predecessors. What it will take to press reform in these two big democracies is some serious political will. We’ll have to wait and see if these two men have it. 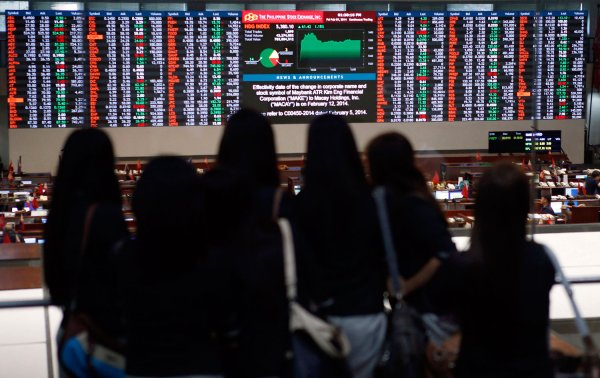 Forget the BRICs; Meet the PINEs
Next Up: Editor's Pick