7 Ways to Be More Inclusive

I believe in the power of women to build inspiring careers in all types of fields.

At least, that’s what I thought I believed. It’s what my conscious mind thinks, at least.

I learned about this dichotomy from taking an implicit association test, a social psychology test designed to measure a person’s unconscious or automatic associations between types of people and specific concepts or ideas.

And I’m not alone: The results of more than one million tests suggest that most people have these unconscious associations.

So I thought I would search for a few ways I could begin to correct my implicit biases and bring my unconscious mind on board with what the rest of me believes.

The book Blindspot: The Hidden Biases of Good People (the authors are the inventors of the implicit association test) has a ton of fascinating science on this topic. One bit in particular stood out to me:

So it’s especially important to focus on inclusivity in our conscious minds, because our unconscious has already put most of us (me included!) in quite a deficit.

Though this list is by no means exhaustive, here are a few things I discovered that might help us to counteract our own unconscious and get closer to the people we truly want to be.

One thing we’ve been working on lately in Buffer’s virtual workplace, where most communication is written, is to be mindful of the language we use and make sure it’s as inclusive as possible.

For example, many of us have been cracking down on our use of the colloquial “hey guys” greeting as we address the team. It was, of course, never meant to exclude the women on the team and has always been intended as a general greeting.

But we value clarity in communication at Buffer, and this greeting, friendly though its intentions might be, can be easily misconstrued.

Pinterest engineer Tracy Chou rightly gave us a little nudge on this recently, and we really appreciate it:

It’s a great reminder to keep going on this improvement, and being aware of all our language choices. Plus we occasionally get to reference this awesome flowchart from Tech Lady Mafia.

2. Expose yourself to counterstereotyping imagery (as simple as a screensaver)

Even the creators of the implicit association tests still “fail” them.

Blindspot co-author Mahzarin Banaji came up a simple and unique solution to combat some of her own “mindbugs:”

If you have a physical office that you want to make more inclusive for both genders, this study might be of interest.

At the University of Washington, Sapna Cheryan demonstrated that adding more feminine decor to computer science classrooms strengthened women’s associations of female gender with the possibility of computer science careers.

By changing out the objects in a computer science classroom from things like a Star Trek poster and video games to objects not considered stereotypical of computer science like a nature poster, the experiment boosted female study participant’s interest in computer science to the level of their male peers.

The researcher Buju Dasgupta has lots of interesting studies going on about implicit prejudice and stereotypes. One I really like is the Stereotype Inoculation Model.

This is her theory that successful people in your group who look like you, like teachers and peers, can function as a “social vaccine” that inoculates you from some of the self-doubt or alienation you might otherwise face in such a situation.

So far she has found a strengthening of “female = leader” and “female = math” associations in women college students after they received sustained exposure via their college courses to women faculty members.

This could means that having even a few visible members of underrepresented groups on your team could have a compounding effect, if your organization can encourage and support mentoring relationships.

Did you know, in its analytics section, Twitter will tell you the gender split of your followers?

I was a bit surprised to discover my followers are majority male (though there is a bit of uncertainty about how Twitter figures out those genders).

I was even more surprised by my results from Twee-Q, a tool that analyzes the gender of the voices you amplify through retweets. I have a lot of work to do in amplifying smart female voices!

Of the 107,966 Twitter accounts that have been input into Twee-Q, there’s an immense tendency to amplify men more often than women:

After discovering that he followed a nearly equal ratio of women and men, but retweeted men three times as often as women, the blogger and entrepreneur Anil Dash tried an experiment.

For a year he attempted to amplify different kinds of voices than he normally would by retweeting women exclusively. He ended up enjoying the experiment and recommending it to others:

6. Find members of underrepresented groups that you admire

This is a really fun and simple one. What if you could fight your brain’s unconscious bias simply by admiring others?

Another study from the very busy Dr. Buju Dasgupta found that when people are exposed to admired members of disadvantaged groups (African Americans, gays and lesbians, elderly, women), they express less implicit bias against these groups.

This means one easy way to work on unconscious bias could be to simply seek out more admired members of underrepresented groups and focus on those people’s work more often.

7. Use your imagination: Counterprogram your brain

Possibly the simplest way of all to retrain your unconscious mind? Use your imagination.

At the University of Colorado, researcher Irene Blair discovered that simple imagination exercises were enough to weaken some implicit stereotypes.

She asked a mixed-gender group of college students to “take a few minutes to imagine what a strong woman is like, why she is considered strong, what she is capable of doing, and what kinds of hobbies and activities she enjoys.”

The participants came up with all sort of images, from bosses to athletes:

So if you happen to be challenged by a particular implicit bias, discovered either through taking a test or your own intuition, you can try counterprogramming your brain with some simple visual exercises like this one.

Being empathetic and inclusive to those of all walks of life is a skill it seems that most of us could work on for a lifetime.

I’m looking forward to putting these strategies into practice to see if I can move my unconscious mind in the right direction.

This article originally appeared on Buffer 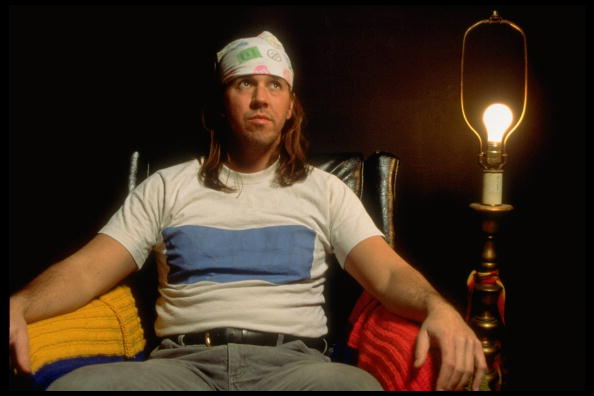 How to Deal With Bias, According to David Foster Wallace
Next Up: Editor's Pick