It sounds like a scene from the movie Selma.

100 plus people are marching across a bridge chanting and holding signs that demand justice. They are activists, artists, ministers, young mothers and fathers, children, students, the formerly incarcerated and everyone in between. They are black, white and brown, Christian and Muslim, atheist and agnostic. They have been meeting in the evenings, after full days of work at their respective jobs, in conference rooms and church basements and schools for the past several months. They’ve carefully planned their route, they’ve trained their bodies and thought through their response to any opposition that they might face on their journey, some of which has already come from local officials decrying their march as for no other reason than to “make a scene.”

But this isn’t 1965. It’s 2015. The bridge isn’t the Edmund Pettus but New York City’s Outerbridge Crossing in Staten Island, the borough where Eric Garner was killed on camera by police chokehold just last year. They aren’t wearing hats and suits but instead hoodies and jeans. And they aren’t marching from Selma to Montgomery. They are walking the 250 miles from New York to Washington DC to take a stand for justice and deliver what they are calling a “Justice Package” to Congress: legislative proposals that aim to end racial profiling, demilitarize the police force, and invest in community based alternatives to incarceration for young people.

MORE TIME’s cover story: In the Line of Fire

Led by Justice League NYC, a task force of juvenile and criminal justice advocates, artists and formerly incarcerated people brought together in response to the non-indictment of Officer Daniel Pantaleo in the death of Eric Garner, the diverse group of overwhelmingly young marchers began their walk on Monday morning. Over the next week, they will stop in Newark, Trenton, Philadelphia, Baltimore, and finally Washington DC on Tuesday, April 21st. Their arrival will be marked by a march through the city, a press conference to present their proposals and a stop on the West Lawn of the Capitol at 5pm for a rally and concert.

It all sounds lovely. And inspiring. And…oh so dated.

At least, that was my first thought months ago when hearing about the plans for this “March 2 Justice.”

Why are “we” (those of us who care deeply about civil and human rights) still marching in 2015? What good does it do? With all of the other modern, technological, creative avenues that we have for change, why march?

Sure, there is precedent for Millennial marching that makes a difference. In 2010, four undocumented immigrant students walked 1500 miles from Florida to Washington during the “Trail of Dreams,” to support the passage of the DREAM Act and many credit their trek as a turning point in the fight for and 2012 end to the deportation of young people as outlined in the Act.

But in a 24 hour news cycle where no single story can hold the public’s attention for more than a day, and in a climate that has gotten all too used to seeing peaceful Black Lives Matter protesters, no longer finding them particularly disruptive or worthy of special consideration, I still wasn’t convinced that this march, as well intended as it is, would actually serve a purpose.

At least not until last week, when I saw the video footage of Walter Scott being shot in cold blood in North Charleston, South Carolina.

I sat staring at my screen and for the first time in over a decade of activism as a policy advocate and youth organizer, I felt no anger, only numbness. I didn’t read any articles. I didn’t tweet or update my Facebook status or sign a online petition. Instead I did what countless others have done far too many times throughout history and that which our spirit often longs to do in the face of repeated, sustained trauma: I turned away.

I didn’t want to see anymore. I didn’t want to be reminded of how dangerous and unfair our beloved country is for me, my future children and for people who share my skin color. I wanted to do… nothing. I wanted to be still and hope that magically, somehow, things would get better without me having to exert any more emotional energy.

And then it hit me:

This too is why they march. To physically move when even the most passionate among us long to be still and to turn away. To fight inertia. To walk through the pain towards freedom. To remind the nation that while everyone else goes to work, takes care of their families, sleeps and turns away, someone must keep moving. Their march is a reminder that if we commit to continued, sustained, unglamorous forward movement, our activism can truly be a disruptive force for change in American life. But we must walk the walk — long, slow and steady.

To be fair, the leaders of the march have their own strategic reasons that have nothing to do with my symbolic analysis. Their reasons can be found searching the hashtag #whywemarch on Twitter. And the Justice League NYC is doing everything right to make sure that there are tangible, political outcomes. They have clear legislative asks in their Justice Package and have done a tremendous amount of work to garner the support of over 124 organizations, elected officials and media figures. And, of course, they will be registering voters all along the way.

But for me, the value of the march isn’t dependent upon how much media coverage they get, how many voters they register or how well the bills they propose are received on Capitol Hill.

The meaning is the medium. The gap between those victorious civil rights champions who came before us and those who walk today is closed a little with each step — and so is the distance between us and justice. At least, that is what we hope. So for the rest of us, I send them gratitude, wish them safety and promise this: We will all, in our way, keep marching. 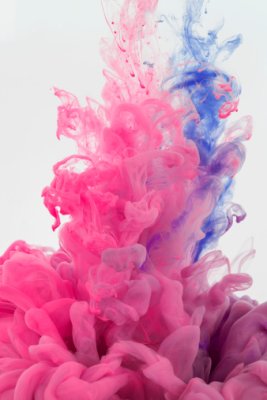 41 Simple Ways to Make Yourself More Creative
Next Up: Editor's Pick