Which Smart Lightbulbs Are Right For You?

Way back when the world was flat, the Red Sox were lovable losers, and you didn’t have to walk very far to find a post office mailbox, it used to be that when a lightbulb burned out, you’d grab another one that fit and plugged it in. These incandescent bulbs were disposable, and they cost pennies on the dollar compared to the much longer-lasting LED bulbs of today.

Now, as consumers increasingly turn to these energy-efficient bulbs, lighting companies are trying to lock shoppers into their ecosystem by putting out smart, smartphone-controlled bulbs. These Wi-Fi connected LEDs can be programmed to turn on and off at the tap of a touchscreen (or scheduled either through the companies’ own backend services or third-party solutions like IFTTT).

But all these bulbs are not created equally, and neither are their supporting hardware or software. Here’s how they measured up in the real-world testing of my well-lit home.

The least expensive LED light of the bunch at $14.97 per bulb, Cree’s Wi-Fi enabled, soft white 60 watt-replacements cast a good glow over my kitchen table. In fact, when I installed the new web-connected Edison bulbs, they replaced older (by a year), non-Wi-Fi-enabled, 60 watt Cree LED bulbs — and these newer bulbs seemed even brighter, though they boasted the same 815 lumens.

Luckily, I could dial back the Cree’s brightness through the Philips Hue app I used to control them, which is another feature worth mentioning. The Connected Cree bulbs are marketed as being Wink App compatible, which means they require a Wink Hub (a small piece of hardware that starts at $49 and works as a go-between from the bulbs to your Internet router). But that specific piece of hardware isn’t the only bridge that will do the trick, and since I don’t have a Wink Hub, I was able to connect the Cree bulbs to my Philips Hue hardware using these instructions. (Full disclosure: Only two of the three Connected Cree bulbs I tested could be detected by my Philips Hue bridge, but I feel that’s what I get for not going with the recommended Wink hardware.)

Otherwise, the Connected Cree LEDs work great. They are responsive to the inputs I make in the Philips Hue app and never miss a beat on my very regimented IFTTT triggers. I imagine they would only work better with a Wink Hub, so if you’re starting your smart home lighting efforts from scrap, be sure to pick one up.

Setting up Osram’s Lightify connected lighting system was the easiest of the bunch. After downloading the app, you simply use your smartphone’s camera to scan a QR code on the backside of the hub (or “gateway” as Osram calls it), plug it in, and through some sort of smartphone app magic, the device detects and connects to your Wi-Fi network on its own. Next up comes installing the bulbs so the hub and app can detect them — and viola, you’ve got connected lights. If that wasn’t easy enough, the app’s user interface is clean and easy to use, an advantage over the competition, especially Philips.

Ease of install aside, Osram’s Lightify A60 tunable white bulb is also a great little piece of hardware, not only kicking out 810 lumens, but also letting you change the warmth of the light emitted. I prefer a soft white light in my office, where I installed the system, but cooling the temperature to a bluer hue could help me battle the lack of sunlight in winter months. The only downside to the bulb is its “mushroom” form factor, which can limit the light emitted and make shadows under certain circumstances. The Cree bulb doesn’t have this — it illuminates all the way to the base — but all the other bulbs in this roundup do. (Philips Hue bulbs are the biggest offender of this design flaw.)

At between $30 and $35 apiece for the Lightify’s gateway and tunable bulbs, it’s a sound investment for a smaller space. The company also puts out colored bulbs and LED light strips, great for installing under cabinets. But replacing all the bulbs in your house with Lightify gear could break the bank, quick. Though, in terms of performance, you’d have no regrets.

Installed over my kitchen sink and in a living room lamp, these are the bulbs I have the most experience with. Full disclosure: my review is of the Hue colored lightbulbs, but that’s only because I’ve been using these bulbs for years, long before Philips’ $19 white, Hue Lux bulbs were released. I imagine the white bulbs work the same or similarly, since I don’t typically play around with the colors on my bulbs anyhow.

To begin with Hue, you have to connect the Hue bridge to your Wi-Fi router via ethernet, a design decision that giveth and taketh away from this product’s stability. On the one hand, because it’s physically connected to your router, your entire Hue system is unlikely to go down. On the other hand, individual bulbs may have difficulty connecting to the bridge, depending on where they are and where your home’s Internet connection is set up. I will say that it’s been years since I had problems connecting to my Hue bridge, but I also don’t let my bulbs roam too far from the base. (Worth noting: I cannot seem to find a Philips Hue bridge for sale without lightbulbs as a part of the package, so expect to pay at least $79 in the beginning to get into this technology.)

And now that I’ve figured that out, the Philips Hue bulbs perform well, turning on and off according to my IFTTT schedules with a success rate that’s north of 98%. I feel like my bulbs aren’t particularly bright (they’re just 600 lumens), though at 750 lumens, the white Lux bulbs are just slightly dimmer than the competition. One cause of this might be the bulb’s high collar, a feature that hides a heat sink on all the LED bulbs, save for the Crees, as mentioned above.

But the dimmer light is hardly problematic compared to Philips Hue app in general. Unintuitive and in a sore need of a complete overhaul, the app will not let you delete bulbs from your house, which is problematic when bulbs become unresponsive (a plague that’s happened to many users, including myself). Your only option is to rename the bulbs (I put a “dead” suffix on them), so when you reinstall them, you can use the old name again. On the plus side, Philips has encouraged independent developers to make apps for its bulbs, and many of those programs are better than Philips’ default software.

I’d love nothing more to tell you that Belkin’s WeMo Smart Bulbs worked fantastically — because the company puts out a lot of great products — but my experience setting up these bulbs perfectly mimicked the problems I had setting up their other smart products. This leads me to believe that there’s either a problem with their product or with me (and I fully admit it could be the latter).

Truth be told, it took me around 3 hours and four different tries to set up the WeMo Link and the two connected bulbs that make up the product’s $99 starter kit (individual bulbs cost $29 after that). The Link, which is WeMo’s bridge/gateway, had a particularly difficult time connecting to my Wi-Fi, just like the WeMo Switch and WeMo Insight Plug did previously. I tried so many different things to get it to work, but ultimately what did the trick was deleting the WeMo app, restarting my phone, reinstalling the app, and performing a factory reset on the Link. (I also had to reset both bulbs, an endeavor that involved me turning on/off the lights in a timed pattern that took three tries to get right.)

Now that they’re finally working correctly, I’m loathe to update the app or the hardware’s firmware, a request that has gone out every so often with my Switch and Insight. This is a bad habit to get into, as these firmware updates send out security patches, which are key for keeping your smart home secure. But that’s my hangup, as is, possibly, my lack of patience with WeMo’s inability to find my Wi-Fi networks when I’m setting up the system. I think I’ve isolated my install problems to the simple fact that it seems to take Belkin’s smart home products a good three minutes to fully boot, initially. Every time I install one of their products, I feel like it’s not working, and maybe I unplug it or reset it. And I’m not alone in this — when I search Twitter and the web for similar complaints, there’s a chorus of cranks wishing WeMo worked better than it does. 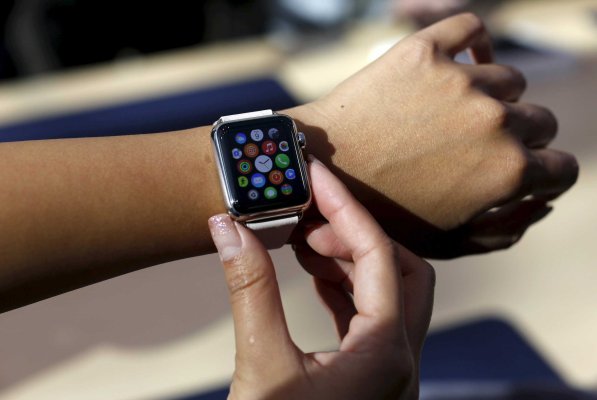