Americans Spent a Record Amount on Medicine in 2014

Americans filled 4.3 billion prescriptions and doled out nearly $374 billion on medicine in 2014, according to new data from the IMS Institute for Healthcare Informatics.

The data shows that American men and women’s spending on medicine hit the highest level since 2001, up 13% in 2014 compared with the year before.

In states that expanded Medicaid eligibility under the Affordable Care Act, patients filled 25.4% more prescriptions than in 2013; in states that did not expand eligibility, that rate was 2.8%. Overall, doctors’ office visits declined 3% and dispensed prescriptions increased 2.1% in 2014. “It is clear that the U.S. health care system is in a state of flux,” wrote IMS Health executive director Murray Aitken in the report. “The past year brought fundamental changes and heightened uncertainty to patients, payers, providers, government and lawmakers.”

The report suggests that specialty drugs and innovative medicines accounted for a large part of the medication spending, with specialty medicines making up a third of all medication spending. Some of these drugs were new treatments for diseases like hepatitis C, multiple sclerosis and cancer. New oral hepatitis C drugs, for example, have made treating the disorder easier than taking the daily injections that were previously required. However these new drugs can have a high price tag — around $1,000 for a single daily pill in some cases. The report says new treatments for hepatitis C increased spending by $11.3 billion.

“The number of patients seeking treatment for hepatitis C jumped nearly tenfold in 2014, from 17 to 161 thousand, owing to new treatments with cure rates over 90% and dramatically fewer side effects,” the report reads.

According to IMS Health, 18 orphan drugs — ones designed specifically to treat a rare disorder — were launched in 2014. The unprecedented high was likely due in part to the tax breaks and other financial incentives for developing them.

All of these factors made 2014 an especially notable year for medicine spending and new innovative medicine, IMS Health said.

Correction: The original version of this story misstated the number of prescriptions Americans filled in 2014. It was 4.3 billion. 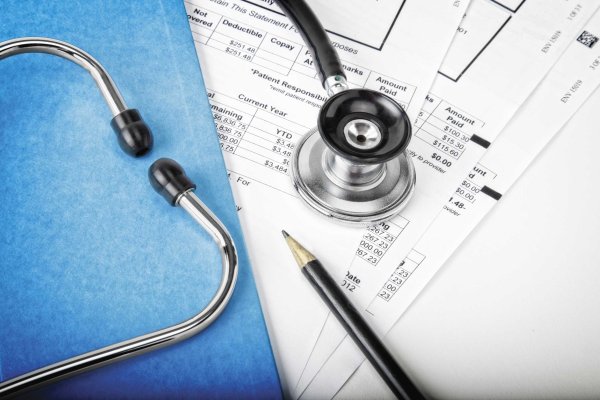 90% of U.S. Adults Now Have Health Insurance
Next Up: Editor's Pick