Video still of Hillary Rodham Clinton announcing that she will seek the presidency for a second time, immediately establishing herself as the likely 2016 Democratic nominee on April 12, 2015.
AP
By Maya Rhodan

To be clear: President Obama likes Hillary Clinton and thinks she would be an “excellent President,” but he’s not endorsing her yet.

Although Obama personally praised his former Secretary of State during a press conference Saturday, White House spokesman Josh Earnest said Monday that he’s not offering a full-blown endorsement of her nascent presidential campaign just yet.

“The two of them have become friends, but there are other people who are friends of the president who may decide to enter the race,” Earnest said. An endorsement, he said, would likely come from the president after Democratic voters pick a nominee.

Earnest said he wasn’t aware of whether or not the President received a “specific heads up” about Clinton’s announcement, which came via a video released Sunday afternoon. The two met face-to-face a couple weeks back, but Earnest did not say if they spoke about her campaign rollout at the time.

The President and the lone-Democratic candidate in the race to 2016 also have a similar week ahead. Both will spend the week touting the importance of strengthening economic opportunity for the middle class and for women and fixes to the tax code. Obama will make his case from Washington and at an event in North Carolina. Clinton, however, has hit the road to Iowa where she’s set to make local stops this week. Reporters hinted at the coincidence at Monday’s press briefing, but Earnest insists it shouldn’t be surprising.

“This is an indication that the priorities that the president has championed are consistent with the values that most Democrats share,” Earnest said.

Read next: Meet the People From Hillary Clinton’s Launch Video 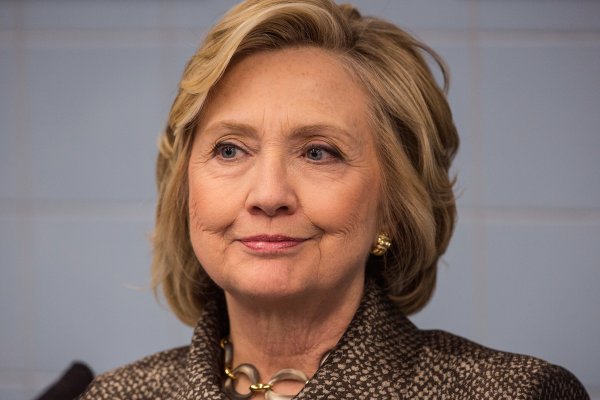 Hillary Clinton's Van Is Named for Scooby Doo
Next Up: Editor's Pick