Dzhokhar Tsarnaev
FBI/AP
Ideas
By Christopher J. Hale
Hale is a Democratic politician from Tennessee; he has been a Catholic nonprofit executive and helped lead faith outreach for President Barack Obama.

Last week, Dzhokhar Tsarnaev was convicted for his heinous acts in the 2013 Boston Marathon bombing. The verdict itself wasn’t a surprise, as Tsarnaev confessed to the crimes shortly after his arrest in April 2013. The true drama of the case has always lied in the upcoming sentencing phase, when a jury will decide whether or not Tsarnaev will receive the death penalty.

Immediately following the verdict, the Massachusetts Catholic bishops, including Boston Cardinal Sean O’Malley, released a statement opposing Tsarnaev’s possible execution. Quoting the American bishops’ conference, they wrote “‘no matter how heinous the crime, if society can protect itself without ending a human life, it should do so.’”

Pope Francis has gone a step further, arguing that life imprisonment itself is a “hidden death penalty” and should be off the table as a means for punishing criminals. His predecessor John Paul II even personally lobbied the late Missouri Governor Mel Carnahan to spare the life of a convicted murderer on death row before the pope’s January 1999 visit to the city.

Bostonians seems to agree with the church’s stance. Recent polling suggests that only 27% of Bostonians believe that Tsarnaev should be put to death. The death penalty has been outlawed in Massachusetts since 1984.

Despite this, the Justice Department decided last year to seek capital punishment against Tsarnaev. As Elizabeth Stoker Bruenig notes, the political calculus was easy: “No administration wants to be the one that went soft on a terrorist.”

But the moral calculus is decidedly more complicated. Why do Pope Francis and the Catholic Church oppose Tsarnaev’s execution?

The original directive comes from God himself. In scripture, God gives Moses as one of the commandments “thou shall not kill.” Of course, not all situations are created equal, and a person who kills someone in self-defense commits neither a crime nor a sin. But the modern-day death penalty is never an act of self-defense.

Critics will argue that imposing the death penalty on Tsarnaev is an act of justice. After all, this is a man responsible for the attack that killed three people, injured 260 others and terrorized a city and the nation for a week. The arguments against the death penalty for Tsarnaev cannot be separated from this reality. They must be made from the context of those who were killed and those who still suffer to this day.

One such voice has recently spoken up, the sister of Sean Collier, the Massachusetts Institute of Technology police office who the Tsarnaev twins murdered in the aftermath of the bombing. Jennifer Lemmerman wrote the following on her personal Facebook page:

Lemmerman’s post seems to resonate with the church’s belief that killing another person never brings new life to victims or the families. In the end, it’s clear that the medicine of mercy is only way to heal the wounds in Boston and throughout the nation.

The pope tells us that “justice can never be wrought by killing a human being” and that God’s justice is “merciful and healing” and allows convicts to experience “inner conversion and contrition.” If the goal of our justice system is to seek revenge against criminals, then Tsarnaev should be executed. But if the goal is to seek justice, then spare his life. 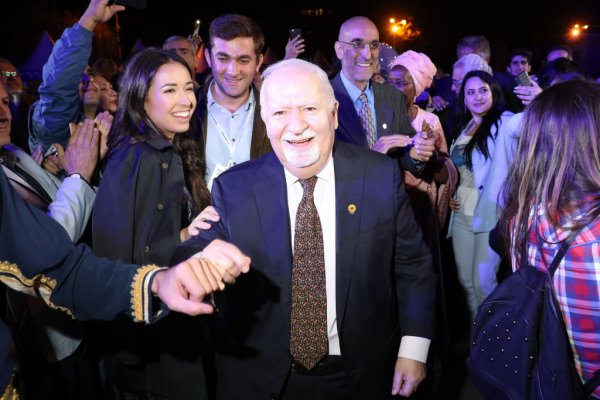