How Günter Grass Acknowledged His Controversial Past

Günter Grass—the German writer who died on Monday at 87—was known for much of his life for the success of his books, for his Nobel Prize, for his defining place in the conflicted cultural world of the divided post-war Germany. In later years,his admission that he had served in the Waffen-SS and his publication of a poem critical of Israel changed his reputation.

As an April 13, 1970, TIME cover story about the author—dated precisely 45 years before his death—pointed out, Grass had made his name partially for his willingness to blur the line between art and politics, a line that had been strictly observed by traditional German literature. In the West Germany of the time, he was an outspoken supporter of Willy Brandt; his work was often seen as an admonition to those who would sweep the country’s past under the rug in the name of moving forward. “He too has done his demonic best to break up all the going German rhythms, from the marching-to-destiny beat of Deutschland über Alles to the amnesiac waltz of postwar prosperity,” the piece said, comparing him to the protagonist of his most famous work, The Tin Drum. “In three war novels he has drummed: Remember! Remember! REMEMBER!”

Even then, Grass did not deny that he was involved with the Nazi party during the war. And as the article laid out, he was a true believer, not merely going along to get along:

At the time, despite that past, his intellectual evolution earned him a comparison to a saint; his political stance allowed the world to see him as an example of how the nation could properly acknowledge and progress from its Nazi past. But his “succinct” version of his time during the war years glossed over the extent of his involvement, which he eventually revealed in his 2006 memoir.

Considering he had made his name urging his country to remember—for example, that cover story pointed out, in his 1963 Dog Years he had written of “magic spectacles that allowed postwar German children to see exactly what their innocent parents were actually doing between 1939 and 1945″—the fact that he had did not completely described his own history earlier was devastating to his reputation. Amid the outrage, Grass said that he was still coming to terms with the past during those intervening years. When TIME lauded his “slow maturing,” that process had still been unfinished.

Read the full story, here in the TIME Vault: The Dentist’s Chair as an Allegory of Life 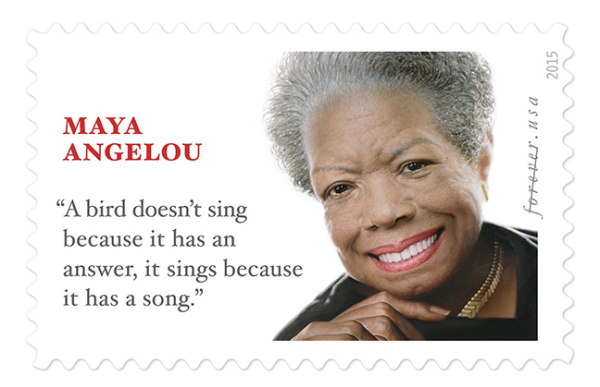 Maya Angelou Quote on Forever Stamp Comes Under Scrutiny
Next Up: Editor's Pick