Hillary Clinton is driving somewhere between her home in Chappaqua, New York, and her first official campaign stop in Monticello, Iowa, in a van named for a 1960s cartoon.

The armored van — the same vehicle that usually shuttles her to events in New York — has been nicknamed “Scooby” because it reminds the former Secretary of State of the Mystery Machine, the vehicle used by the main characters in the classic “Scooby Doo” cartoons. Aides have gone out of their way to note that the drive was Clinton’s idea.

The 1,000-mile gambit is designed to help reinforce Clinton’s efforts to put a more down-to-earth spin on her campaign — a strategy she has employed successfully in her 2000 run for a U.S. Senate seat in New York.

Clinton, who has said the last time she drove was in 1996, is not in the driver’s seat, instead leaving it to a member of her Secret Service detail. But that doesn’t mean she’s not paying attention to the road, according to Halper’s account.

“How stupid do the Clintons think the American people are?” he told TIME. “They pulled the same exact stunt in 2000. This is not resetting, it’s recycling.” 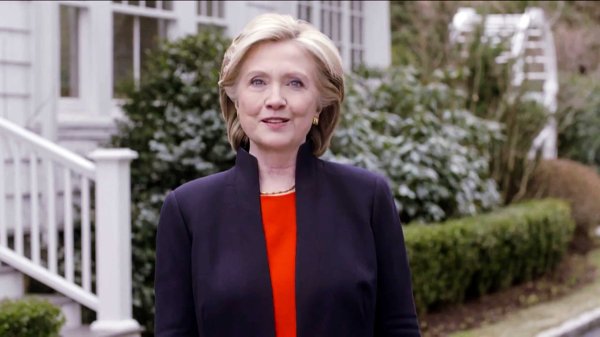 Hillary Clinton Resigns From Foundation Board
Next Up: Editor's Pick