Gwyneth Paltrow is attempting to eat for a week on a $29 budget to draw attention to what it’s like to live on food stamps as part of the Food Bank for New York City’s #FoodBankNYCChallenge. It’s a well-intentioned idea. It’s also a horrible one.

The food bank is right in trying to raise awareness: Over the past 18 months, Congress has slashed Supplemental Nutrition Assistance Program benefits twice. More than 47 million people nationwide have an allowance of $29 a week for food. And Congress wants to cut benefits again. Food banks around the country are already strapped as tight as they can go, with 76 percent citing a marked increase in use immediately after the SNAP cuts went into place in late 2013. Recipients who use the benefits (80% of which are women and children) say they run out by the third week of the month. It is a system that cannot sustain itself.

Yet whether or not Paltrow’s actions actually raise awareness long enough for anyone to donate money or time or food to the cause (which should be the end-goal), what she is inadvertently doing is making a mockery of those for whom poverty is not a choice and does not last for a just few days.

It’s poverty tourism, plain and simple, and it needs to stop.

Paltrow is choosing to eat as if she were reliant on SNAP for a week. The thing about poverty, though, is that people do not choose it. There is nothing about poverty that one week can teach anyone with a safety net in place. It’s a game. “Let’s see how far we get on $29 before we have to use our real money!” The contrast is stark.

The point seems to be lost on Paltrow, who tweeted a picture of her $29 haul which included rice, beans, eggs, some leafy greens, and an exorbitant number of limes. It’s almost as if she were trying to prove that you can eat a really healthy diet in New York City on just $29 a week. Can she live on that for a week? Being Gwyneth Paltrow, probably. Is it feasible that a normal person with normal cookware and normal life stresses could? Much less likely.

Paltrow’s trip to Poorville is comparable, though not as bad, to a callous experiment in Orange County, Cali., where three high-powered families ate nothing but food-bank food for a week, again, to raise awareness for hunger. But people already know that other people are hungry. And telling people that others are hungry by pretending to be like them for a short while doesn’t help the lower-income community. In fact, it could even hurt. In the Orange County example, those families took rare fresh produce from those who really needed it.

Going through “poverty” for a few days makes a vacation out of the lives of families actually living through it on a daily basis, particularly if donations of time, food, and money are not forthcoming. It is absolutely absurd that someone with so much to give would choose to play-act poor for awareness.

If Paltrow truly wanted to make a difference, she’d throw time and energy and press into the legislation itself. She’d use her star power to shine a light on what Congress is doing. She’d write her representative and tweet the note as a template for others. She’d try to inspire people to donate $29 to the food banks in their area. Of course, there may be fewer limes involved, which would be a near crime.

Read next: Gwyneth Paltrow Will Give Up Expensive Juices to Survive on Just $29 of Groceries This Week 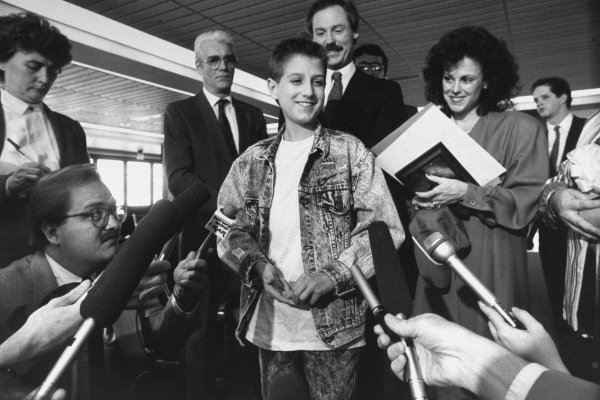 How One Teenager Changed the Way the World Sees AIDS
Next Up: Editor's Pick