If last week’s ghostly glimpse of Rachel Menken wasn’t enough of a blast from the past, Sunday’s episode of Mad Men turned out to be quite the parade of exes. As “New Business” delved deeper into the mystery of Diana the enigmatic diner waitress, it also marked the half-season return of Megan Draper, Betty Francis (who — cue your raised eyebrow — is getting a master’s in psychology because she says people love to talk to her) and even Don’s ex-mistress Sylvia.

When we last saw Megan, she and Don appeared to have ended their marriage amicably. But money has put them at loggerheads in the months since, and Megan’s so dependent on Don’s allowances that she’s ready to back down from the fight and agree to whatever Don’s lawyer is asking for. She returns to New York in this episode to collect what’s hers and move on with her life — which includes getting her stagnant acting career back on track with Harry Crane’s help — but finding closure is easier said than done when your mother and sister are constantly harping about what an embarrassment your divorce is. Marie, Megan’s mother, is in town to help Megan pack up her possessions from Don’s apartment, but she spews so much hatred about how Don ruined Megan’s life that even Megan is thrilled to escape for lunch.

There’s no good news at lunch, where Harry Crane reveals himself to be a giant sleazebag. After opening with some helpful advice about how to find the right agent, Harry derails the meeting by badmouthing Don and inviting Megan upstairs to the hotel room he creepily booked ahead of time. When she politely turns him down, Harry has the nerve to suggest she’s having such bad career luck precisely because she won’t consider the casting couch, prompting Megan to storm off — only to find even more bad news at home.

You see, while she was busy fending off Harry’s advances, a vindictive Marie was packing up much more than what Megan was planning to take — try all of Don’s furniture. But when the movers accordingly demanded more money and she had no cash, Marie had to call in a reluctant favor to her ex-flame Roger, whom she practically pounced on as soon as he settled the bill. (Gee, it’s almost like she was looking for an excuse to call him.) Megan is furious when she returns from her disastrous lunch to find her mother and Roger just barely dressed — you’d be too if your mom spent all morning lecturing you about your failed marriage only to be caught cheating herself and then insist that you can’t judge her.

Meanwhile at the office, Peggy finds out exactly what kind of career woman she wants to be when she books an edgy, buzzed-about photographer named Pima Ryan to shoot a vermouth commercial. Stan isn’t thrilled to be working with a woman he implies is a diversity hire, but the very things that make her a threat to Stan also make her appealing to Peggy: Pima is ambitious, outspoken and unconcerned with what the men in her life think of her (something Peggy gives a lot of thought to). But the two reverse course once Pima tries to seduce them both, with mixed results. The tactic works on Stan, who we learn is envious of Pima’s work and who jumps at the opportunity to be critiqued by her. (Pima, in turns, jumps at the opportunity to jump him in the dark room). But the seduction backfires on Peggy — who not too long ago may have fallen for such a play on her insecurities — after she realizes what’s happening. “She tried the same thing with me and didn’t get as far,” Peggy tells Stan. “And that’s why I’m not going to give her another job.”

While Peggy is once again the only person doing any real work around here, Don has been hunting down Diana. He tracks her down at her new restaurant and asks her out, even after she says his persistence is making her uncomfortable. (That’s probably just what Don considers flirting.) Diana does call him, however, and the two catch up — Don says he had trouble finding her, she says she had to go back to Wisconsin to wrap up a divorce — before she comes over for an extended sleepover. Through the course of that sleepover, we learn Diana has a few issues she’s still working out, namely that she had a daughter who died of the flu two years ago. Instead of being turned off by the thought of being with someone even more messed-up than he is, Don offers to play hooky with her, which is how they happen to run into Sylvia (Linda Cardellini, now on Netflix’s Bloodline if you miss her) in the elevator of his apartment. Sylvia is polite but distant, and while it’s not terribly awkward, there’s enough tension for Diana to pick up on. “How many girls have you had in this elevator?” she asks playfully. “That’s not who that was,” Don answers in an awfully Clintonian defense of his romantic history.

Don pauses the date to go to his divorce meeting with Megan, who’s so furious she can barely speak to him. “I wasn’t going to give you the satisfaction of knowing you ruined my life,” she says coldly. In response, Don whips out his checkbook, promises to give her the life she deserved and promptly hands her a $1 million check, which she takes and runs (but not before giving back her ring). Megan is so liberated from her grudge against Don that she’s unfazed to learn Marie is leaving Megan’s father for Roger. “She’s been unhappy for a very long time,” Megan tells her inconsolable sister, who broke the news, as she walks away. So this is how we leave Megan: jaded about love and marriage, her happiness (or least peace of mind) totally bought.

Happiness continues to elude Diana, however, who tells Don to give up on account of her emotional baggage when they resume their extended date at her place. She reveals she had two children, one who did die, and one who she abandoned back in Wisconsin with the girl’s father. “When I was with you, I forgot about her,” Diana says, “I don’t ever want to do that.” Diana assumes that Don doesn’t understand trauma or loss or disappointment when she pushes him away, but his willingness to pursue a relationship in spite of her revelations — there’s been other women since Megan, he explains, but he’s serious this time — doesn’t come from his privilege or a lack of life experience. It’s Don trying to carry on in the face of it.

This wise, compassionate and magnanimous side of Don is one we’re seeing more and more of as the series winds down, but he was especially present in “New Business”: Don ignored Roger’s rant about not backing down from a divorce fight; he gave Pete some practical advice about rebuilding your life after a marriage ends (seriously though, can Mad Men not afford better green-screen technology than whatever was happening during that car scene?); and then he fulfills his promise to always take care of Megan, not because he’s weary of divorce drama, but because he genuinely believes that’s the right thing to do. When Don Draper starts looking like the most well-adjusted person in the series, you know Mad Men has come a long way. 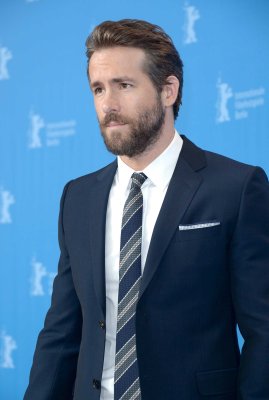 Ryan Reynolds Hit by Car in Canada
Next Up: Editor's Pick