Oldest Neanderthal DNA Ever Found Is Discovered in Skeleton in Italy

Researchers studying a skeleton from a cave in Italy have discovered the oldest Neanderthal DNA ever found.

Scientists have dated the molecules to about 130,000 to 170,000 years ago, according to Live Science. The skeleton was first found in 1993, but a new study evaluating the DNA from a piece of its right shoulder blade suggests that the fossil was a Neanderthal, the closest extinct relative of modern humans.

“We have a nearly complete human fossil skeleton to describe and study in detail. It is a dream,” Fabio Di Vincenzo, the study’s co-author, told Live Science. “His morphology offers a rare glimpse on the earliest phase of the evolutionary history of Neanderthals and on one of the most crucial events in human evolution. He can help us better understand when—and, in particular, how—Neanderthals evolved.” 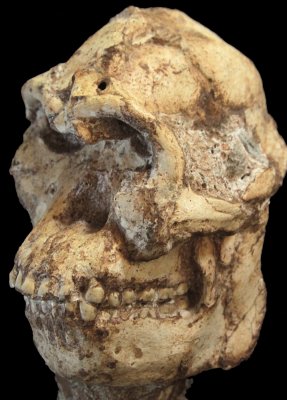