Man Struggled to Cancel Cable Despite His House Burning Down

A Minnesota man whose house burned down was unable to cancel his cable account—even though he lost his television in the fire.

Jimmy Ware, 66, lost all his possessions, including his cable account number in the fire. His daughter, Jessica Schmidt, tried to ease the burden by canceling his account with Comcast for him, according to TwinCities.com, but it was a challenge. Since Ware didn’t have the account number and was not the one to make the original call, representatives from Comcast initially said they didn’t have enough information to cancel the subscription. Schmidt says Ware did get on the line and read the last four digits of his social security number to no avail.

Nearly a week and four or five calls later, Comcast’s corporate office apologized and agreed to cancel the account, backdating the charges to the day of the fire and waiving the cost of the equipment that was destroyed.

“We understand that this is a difficult time for Mr. Ware,” a representative told TwinCities.com, “and apologize for the inconvenience.” 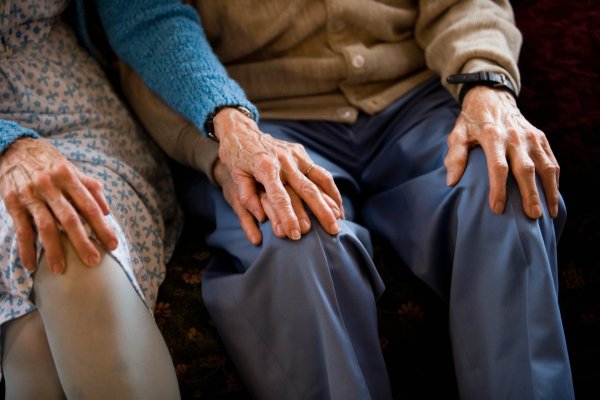 Couple Dies Within Minutes of Each Other After 73 Years of Marriage
Next Up: Editor's Pick