Timothy McVeigh Lawyer: How Tsarnaev's Defense Can Save His Life

Ideas
By Stephen Jones
Stephen Jones is a defense attorney at Jones, Otjen, and Davis. He served as the defense lawyer for Timothy James McVeigh, charged for the Oklahoma City bombing.

Judy Clarke and her competent team defending Dzhokhar Tsarnaev must know they face the greatest challenge of their illustrious careers: saving their 21-year-old client’s life from the death penalty. Clarke essentially directed the defendant’s conviction in the Boston Marathon bombing case. The issue to be decided now is whether Tsarnaev will die for his crimes or whether he will be sentenced to life without the possibility of parole.

Clarke and her team give meaning to the Crimes and Offenses Act of 1790 adopted by the first Congress and signed into law by President George Washington. The act committed the United States to recognizing that any individual charged with murder in the federal courts was entitled to “a lawyer learned in the law to make his full defense.” As someone who was appointed by the federal court in Oklahoma City 20 years ago to defend Timothy James McVeigh, charged with the largest act of mass murder in this country’s history, I know that any lawyer who undertakes a similar brief must be willing to recognize the emotional, personal, and financial risks in so doing. But the Constitution requires that commitment of us. There are too many timid lawyers and neglected clients. Judy Clarke and her team honor our profession by their willingness to zealously represent Tsarnaev.

It will take only one juror to save Tsarnaev’s life. However, having defended more than a dozen capital murder cases, I understand that convincing one juror to spare Tsarnaev’s life could be an arduous task. Generally, to be successful in avoiding the death penalty, the defense must convince at least one steadfast juror (preferably more) that the defendant deserves mercy. All the while, the prosecution will interject constant reminders of the defendant’s own merciless acts. For Tsarnaev, Martin Richard, the youngest victim at only 8-years-old, will be strong countervailing force to defense appeals for mercy.

Saving Tsarnaev’s life will not be easy, but it is not without hope. Ms. Clarke’s has already made efforts to secure credibility from the jury, forthrightly admitting in her opening statement at the beginning of the trial, “He did it.” Her legal strategy to save his life became obvious with those early dramatic words.

This also was not a surprise. She is one of the most talented of the criminal defense bar in sparing her clients from the death penalty. In her representation of the Unabomer, Ted Kaczynski, and Jared Lee Loughner, who shot and wounded Congresswoman Gabrielle Gifford and killed several others, including a sitting federal judge, she negotiated life without parole sentences with the government. But this was not advocacy before a jury, but instead quiet effective persuasion in prosecutors’ offices.

Her client is young, obviously influenced by his unstable older brother, now deceased. The traumatic, emotional experience in the land of his birth and early years were brutal beyond endurance: primitive living conditions in which every day was a struggle against a background of constant war, conflict, horrific crimes, turmoil, and desperation. She must attempt to convince the jury to understand that life he lived.

Clarke may reflect back on an infamous case which, in its day, was called “The Crime of the Century.” Two men, Richard Loeb (age 18) and Nathan Leopold (age 19), sons of rich families and both extremely successful academically, conceived and executed a plan to commit “the perfect crime” by kidnapping and then killing 14-year-old Robert Frank, a neighbor, chosen at random.

Their lawyer, Clarence Darrow, waived a jury and admitted their guilt before the judge in Chicago. For more than 12 hours spread over two days, he argued that their lives should be spared. There was no rationality in what they had done, he admitted. It was savage, as savage as executing them. But, mercy is a greater virtue than justice. That was Darrow’s theme. His advocacy was successful, and the boys’ lives were spared.

Clarke has two other considerations. How, in logic, can Terry Nichols, one of the two Oklahoma City bombing conspirators, convicted of 160 counts of first degree murder, including the deaths of 19 children under the age of six, be sentenced to life in prison without parole and her client, in comparison, be executed? The political geography of Massachusetts with its strong Catholic and Unitarian ties and official aversion to the death penalty also offers promise.

To be successful and save this boy’s life, she need convince only that one juror, one voice, to hold out for mercy instead of justice. 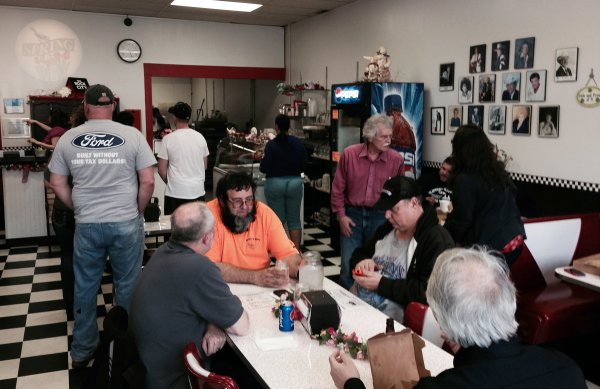