These 5 Facts Explain Terrorism in Kenya

Family members sit on a bench as they wait to view the bodies of their loved ones who had been killed in an attack on Garissa University College, at a mortuary in Nairobi on April 8, 2015.
Dai Kurokawa—EPA
By Ian Bremmer

The tragic Garissa University College attack in Kenya on April 2 led to 147 deaths and a global outpouring of shock and sympathy. But it didn’t approach the intense level of commentary—from journalists and world leaders alike—that the Charlie Hebdo attack in France garnered, despite a far higher death toll. To put this tragedy in context, it’s important to understand the state of play between al-Shabab and Kenya. Here are five stats on the attacks that cover everything from the porous Kenya-Somalia border to the cash incentive for would-be terrorist recruits.

The fight against al-Shabab in East Africa is a regional effort. With 3,664 people deployed, Kenya provides fewer personnel to the UN-backed African Union Mission in Somalia than Uganda, Ethiopia or Burundi do. Yet it is Kenya that has borne the brunt of al-Shabab’s attacks outside Somalia. Since 2012, the group has killed over 600 people in Kenya. There has been only one major attack outside Somalia’s borders that didn’t target Kenya: the 2010 Kampala bombings. The Garissa siege was the deadliest terror attack in Kenya since the 1998 al-Qaeda bombing of the US Embassy in Nairobi.

2. The problem of porous borders

A porous border helps Al-Shabab target Kenya. Though the Kenyan government has announced plans to build a wall along parts of the 424 mile-long border with Somalia, the structure could cost as much as $17 billion—and it wouldn’t address other glaring issues. Kenya’s police force is among the most corrupt in East Africa; members of al-Shabab can easily buy passage and visas from officials. Payments to officers made up almost 50% of all bribes in Kenya in 2014. Garissa County is particularly vulnerable. The area is home to Dadaab, one of the world’s biggest refugee camps with over 336,000 Somalis. Garissa was the victim of more than a fifth of al-Shabab’s attacks in Kenya between 2009 and 2013.

The siege at Garissa lasted nearly 15 hours. Yet, security forces were only deployed 7 hours after the attack began, and there was a two-hour briefing when they arrived in the area. They didn’t enter the university until 11 hours had passed. Why the glacial response? The two fixed-wing planes that security forces flew in were too small for all of the officers and their equipment; no police choppers were available. Despite legislation passed in 2011 to overhaul the police, intelligence and defense forces in Kenya, not much progress has been made. Anti-terror police units in Nairobi have a budget as low as $735 per month for operations, and police officers are paid around $200 per month. For comparison, some Kenyan parliamentarians earn up to $15,000 monthly. According to some estimates, over 300,000 people are employed as private security guards in Kenya, whereas Kenya’s police force numbers approximately 60,000.

Muslims make up about a tenth of Kenya’s population, and they reside primarily in the Northeast and along the coast. These communities lag in development, due to limited public and private investment, giving rise to local tension and instability. The northeast region bordering Somalia, an area the size of Mississippi, has less than 100 miles of tarmacked roads. Kenyan-Somali clan conflict and banditry has led to past conflicts in the area, including the 1980 Garissa massacre and the 1984 Wagalla massacre—resulting in the deaths of over 4,000 ethnic Somalis. Though Garissa County is a predominantly ethnic Somali area, students from across Kenya attend the university. The Shabab attackers singled out Christians for execution.

Al-Shabab translates to ‘the youth’ in Arabic, a fitting name for an organization that feeds off limited opportunities for young people in the region. According to BBC News, roughly a quarter of al-Shabab’s 7,000-9,000 forces are Kenyan. Many of them were attracted to al-Shabab’s high salaries for new recruits, which are reportedly more than $1,000. Meanwhile, the average monthly wage in Kenya is $76 ($912 annual). Some 70% of working class youth are currently unemployed. 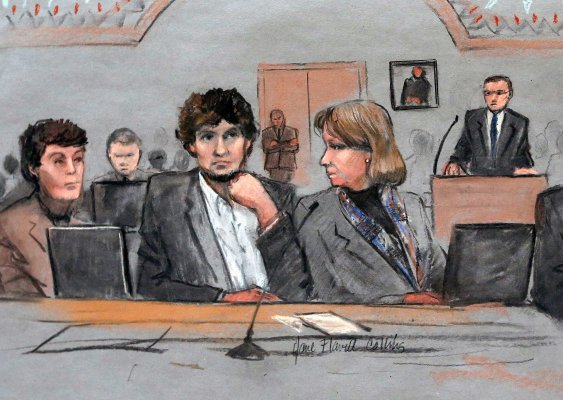 Report: Cops Shot Too Soon in Boston Bombing Manhunt
Next Up: Editor's Pick