It’s the question people have been asking for eight years, ever since J.K. Rowling published her final Harry Potter book: Will she ever write more?

Matt Lauer interviewed Rowling on the Today show and asked just that. Was a potential Potter sequel the reason she’s been keeping a low profile?

“No,” Rowling answered. “But even as I answer that, I know that someone’s cutting this on YouTube to make it as though I just gave you hope.” For extra clarity, she continued: “I’m afraid I haven’t been writing the next Harry Potter.”

But she did leave fans with a glimmer of hope. “I have always said never say…. well, not never say never,” she said. “I’ve always said I’m not going to say I definitely won’t because, because I don’t see why I should say that. You know, it’s my world, and I might choose to step back into it. And in a way, I am stepping back into it.”

By that, Rowling was referring to her recent foray into the wizarding world via writing the script for Fantastic Beasts and Where to Find Them, which heads to the screen next year. “So you know, that door is always opened to me,” the author continued. “But I think Harry Potter 8, as in what happened next to Harry, Ron and Hermione—I don’t think that’s going to happen.” 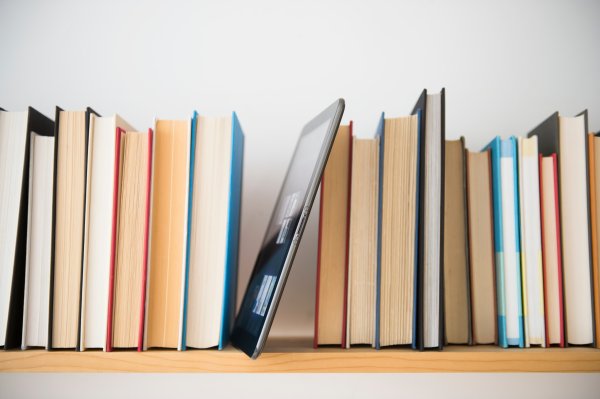 There's a New Most Literate City in America
Next Up: Editor's Pick