Video footage released Thursday depicts the moments before a white South Carolina police officer fatally shot an apparently unarmed black man as he ran away, adding new detail to an incident that has reignited the national debate about police use of force.

The police-car dashboard-camera video released by the South Carolina Law Enforcement Division shows the officer, Michael Slager, inform Walter Scott that he was pulled over for a broken rear taillight. The officer then questions Scott about his insurance and whether he owned the car. Shortly after the officer walks out of frame, apparently back to his patrol car, Scott opens his door. He runs away from his vehicle soon afterward.

MORE: In the Line of Fire

The word “Taser” can be heard in the background after Scott has already fled, but the video does not depict the shooting that would happen in the minutes that followed.

The video’s release comes one day after the bystander who captured footage of Saturday’s fatal shooting itself revealed his identity. The bystander’s video shows Slager firing eight shots in the direction of a fleeing Scott.

Slager, 33, who has been fired from the police department, is charged with murder in Scott’s death. 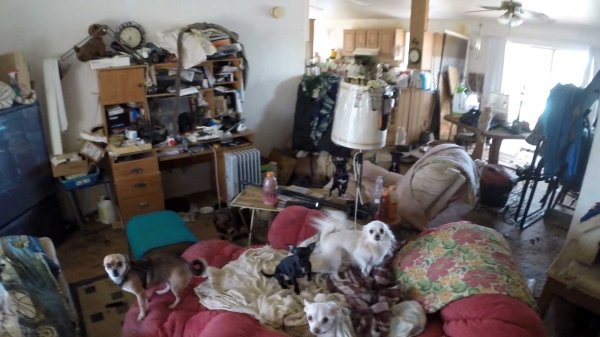 More Than 70 Animals Found in Arizona Mobile Home
Next Up: Editor's Pick