Here's What Happens in the Brain When People Kill

Evil isn’t easy. Say what you will about history’s monsters, they had to overcome a lot of powerful neural wiring to commit the crimes they did. The human brain is coded for compassion, for guilt, for a kind of empathic pain that causes the person inflicting harm to feel a degree of suffering that is in many ways as intense as what the victim is experiencing. Somehow, that all gets decoupled—and a new study published in the journal Social Cognitive and Affective Neuroscience brings science a step closer to understanding exactly what goes on in the brain of a killer.

While psychopaths don’t sit still for science and ordinary people can’t be made to think so savagely, nearly anyone can imagine what it would be like to commit the kind of legal homicide that occurs in war. To study how the brain reacts when it confronts such murder made moral, psychologist Pascal Molenberghs of Monash University in Melbourne, Australia, recruited 48 subjects and asked them to submit to functional magnetic resonance imaging (fMRI), which could scan their brains while they watched three different scenarios on video loops.

In one, a soldier would be killing an enemy soldier; in the next, the soldier would be killing a civilian; and in the last, used as a control, the soldier would shoot a weapon but hit no one. In all cases, the subjects saw the scene from the shooter’s point of view. At the end of each loop, they were asked “Who did you shoot?” and were required to press one of three buttons on a keypad indicating soldier, civilian or no one—a way of making certain they knew what they’d done. After the scans, they were also asked to rate on a 1 to 7 scale how guilty they felt in each scenario.

Even before the study, Molenberghs knew that when he read the scans he would focus first on the activity in the orbitofrontal cortex, a region of the forebrain that has long been known to be involved with moral sensitivity, moral judgments and making choices about how to behave. The nearby temporoparietal junction (TPJ) also takes on some of this moral load, processing the sense of agency—the act of doing something deliberately and therefore owning the responsibility for it. That doesn’t always makes much of a difference in the real world—whether you shoot someone on purpose or the gun goes off accidentally, the victim is still dead. But it makes an enormous difference in how you later reckon with what you’ve done.

In Molenbergh’s study, there was consistently greater activity in the lateral portion of the OFC when subjects imagined shooting civilians than when they shot soldiers. There was also more coupling between the OFC and the TPJ—with the OFC effectively saying I feel guilty and the TPJ effectively answering You should. Significantly, the degree of OFC activation also correlated well with how bad the subjects reported they felt on their 1 to 7 scale, with greater activity in the brains of people who reported feeling greater guilt.

The OFC and TPJ weren’t alone in this moral processing. Another region, known as the fusiform gyrus, was more active when subjects imagined themselves killing civilians—a telling finding since that portion of the brain is involved in analyzing faces, suggesting that the subjects were studying the expressions of their imaginary victims and, in so doing, humanizing them. When subjects were killing soldiers, there was greater activity in a region called the lingual gyrus, which is involved in the much more dispassionate business of spatial reasoning—just the kind of thing you need when you’re going about the colder business of killing someone you feel justified killing.

Soldiers and psychopaths are, of course, two different emotional species. But among people who kill legally and those who kill criminally or promiscuously, the same brain regions are surely involved, even if they operate in different ways. In all of us it’s clear that murder’s neural roots and moral roots are deeply entangled. Learning to untangle them a bit could one day help psychologists and criminologists predict who will kill—and stop them before they do.

Read next: What Binge Drinking During Adolescence Does to the Brain

Listen to the most important stories f the day. 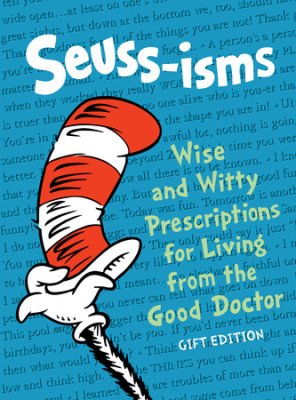 Seuss-isms: A Guide to Life for Those Just Starting Out and Those Already on Their Way
Next Up: Editor's Pick