This Company's Stock Goes Up With Demand for Police Transparency

The series of controversial incidents of police brutality that have rocked the U.S. in recent months has ignited a movement for increased transparency among law enforcement officers — and the evidence can be seen in the market performance of one of the nation’s leading manufacturers of police body cameras.

The public, activists and some lawmakers have clamored for greater police accountability in the wake of a string of deaths linked to law enforcement brutality, including the death of Staten Island resident Eric Garner in July while being held in an illegal ‘chokehold’ by an NYPD officer, the shooting of unarmed teenager Michael Brown in Ferguson in August, and Saturday’s shooting of Walter Scott in South Carolina by a white cop during a traffic stop.

In response, many local police authorities have begun testing or using police body cameras which record their interactions with the public. And while detailed statistics on the adoption of such equipment are thin on the ground, activity on Wall Street suggests increased demand.

Though best known for its stun guns, TASER International has become the market leader among police body camera makers. Its stock price has ticked upward as it sealed agreements with high-profile police departments in Los Angeles and New York City, and analysts took note. Oppenheimer analyst Andrew Uerkwitz stated in a December research report that he believes TASER has an “opportunity for long-term growth.” Uerkwitz summarized his analysis of the Arizona-based company by stating it has a “shockingly strong story.” The chart below shows the company’s performance over the past year:

The company’s stock leapt again on Thursday on the back of a deal to provide body cameras and digital storage for the City of London police department, and it is now nearing a 52-week high. A smaller rival, Digital Ally, has also seen its share price soar over the past few days.

TASER CEO and co-founder Rick Smith says incidents like the one in South Carolina have shown the need for better availability of equipment and more transparency. “The [shooting of Walter Scott] to me feels even more impactful because we know more about it. And frankly, it’s hard to watch that video and not feel sick,” he tells TIME. “A year ago a number of agencies were questioning whether officer-worn cameras were a good idea. That is completely flipped.”

Though TASER’s overall performance may reflect a growing appetite for police body cameras, the market hasn’t yet reached anything like its full potential. President Barack Obama requested last December $263 million for a three-year investment package to increase body cameras nationwide. Meanwhile, other police departments, like the NYPD, have recently launched body camera pilot programs as they begin introducing the technology.

“Current surveys suggest a quarter of police departments are using to some extent body cameras,” ACLU senior policy analyst Jay Stanley tells TIME. “There are 17,000 police departments roughly in the U.S. I’d expect that over the next three to five years, we’ll see the number of departments using them really skyrocket, up to 70 or 80 percent.” 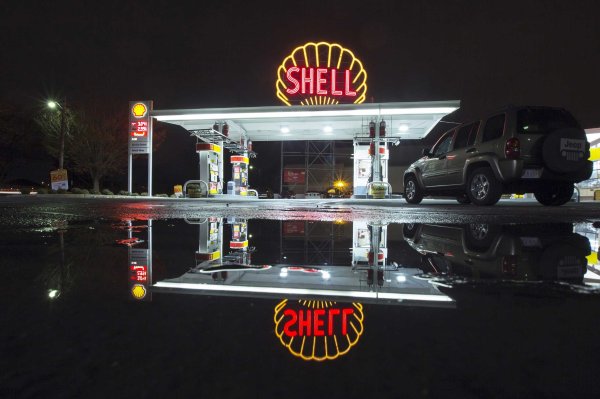 5 Things to Know About the Biggest Oil Deal in a Decade
Next Up: Editor's Pick