These People Have Been 'Ready for Hillary' Since 1992

With Hillary Clinton’s expected announcement Sunday that she will run for the Democratic nomination for president in 2016, her supporters who have declared themselves “Ready for Hillary” will finally have the chance to see whether the rest of the country is ready and willing too.

But, though that Super PAC is only about two years old, some people were ready for her to run since more than two decades ago.

When her husband Bill Clinton ran for President in 1992, Hillary’s smarts—and her divisive comments about how she didn’t want her political-wife role to mean just sitting at home—drew frequent questions about whether she had the aspiration to run for office herself, perhaps as her husband’s Vice President. As the election approached, the idea of her political prospects didn’t go away. In fact, TIME’s September 1992 cover story about “The Hillary Factor” began thusly: “You might think Hillary Clinton was running for President.”

And some readers, it appeared, would not have minded if that had been the case, as this October 1992 letter to TIME, from Linda M. Mason of Mount Laurel, N.J., shows: “History will vindicate Hillary, for she is guilty only of being capable of serving as President herself.”

Even the experts agreed. In a story shortly after Clinton won the election, John Robert Starr, a conservative newspaper columnist from Arkansas, told TIME that “the best thing that could happen would be to let Hillary run the country. I know that sounds ridiculous, but she has just never failed.”

By 1993, TIME was reporting that “one poll had found that 40% of Americans believe Hillary is ‘smarter’ than her Rhodes scholar husband, and 47% think she is qualified to be President.”

And even Hillary Clinton herself hinted in the ’90s that voters should keep an eye on female candidates, if not on herself. Asked about the role of the First Lady in 1996, she conceded that the position was complicated one. “I think the answer is to just be who you are,” she said, “and do what you can do and get through it–and wait for a First Man to hold the position.”

Read the 1992 ‘Hillary Factor’ cover story, here in the TIME Vault: All Eyes on Hillary 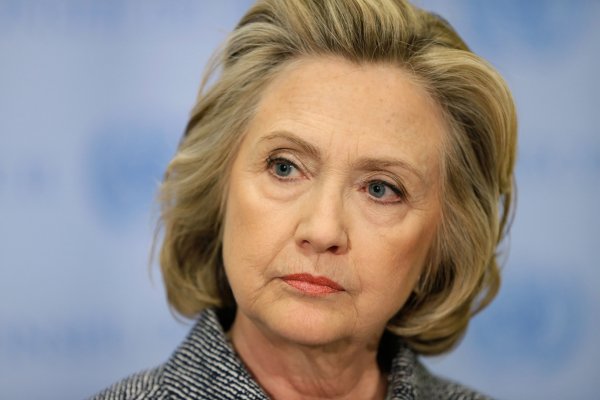 How Clinton Will Handle Populist Critics
Next Up: Editor's Pick