Here's How Netflix's Daredevil Fits Into the Greater Marvel Universe

The Marvel universe has expanded from the big screen to small screens, and now, finally, to our laptops: Marvel Studios will premiere Daredevil, its first of several Netflix shows, on Friday. Because Marvel—like one of its fictional masterminds—seems to have a plan to take over the world, Daredevil ties neatly into both the Marvel cinematic universe and the other Netflix shows to come.

First some background on our hero Matt Murdock, a.k.a. Daredevil, for those who haven’t read the comics and skipped the atrocious Ben Affleck film in 2003. Murdock (played by Charlie Cox on the show) was blinded in an accident as a child. Though he doesn’t have true superpowers per se, his other senses were heightened by the incident—so heightened, in fact, that he can hear bad guys breathing three floors below, anticipate a gunshot and track people for blocks by their smell. For reasons that aren’t immediately clear in the first few episodes, Murdock plays lawyer by day and hero by night, doling out vigilante justice to those who escape his grasp in the court of law.

Murdock does his crime-fighting in Hell’s Kitchen, a very specific neighborhood in New York City that locals know more for its trendy restaurants than its crime syndicates. But suspend your disbelief, because location is important.

Hell’s Kitchen, as those who were paying attention during The Avengers will remember, was destroyed when Thor, Iron Man and the rest of the team had to battle off aliens invading through a wormhole created by Thor’s evil adopted brother, Loki. It turns out the Avengers are really good at destroying buildings, but not so great at rebuilding them—in Daredevil, crime bosses have stepped in to profit from the city’s devastation. They launder money through corporations involved in rebuilding Hell’s Kitchen while conducting shady practices, like drug dealing and human trafficking, at the neighborhood docks.

Characters refer vaguely to the Avengers battle all the time on the show. Murdock and his legal partner, who both grew up in Hell’s Kitchen, buy office space there after graduating from Columbia University because the prices are dirt cheap. Evildoers rationalize that every time Thor swings his hammer, there’s a profit to be made. And big bads often yell at their minions when they can’t stop Daredevil because, after all, it’s not like he even has an Iron Man suit.

Eventually, Murdock will team up with Jessica Jones, Iron Fist and Luke Cage to create The Defenders—all of whom will get their own 13-part Netflix series, just like Daredevil. (See: Marvel taking over the world, above.) These will all be so-called “street level” shows: If the Avengers are saving the universe, the Defenders are saving the neighborhood.

But don’t expect Daredevil and the other Netflix shows to just be Avengers spin-offs. Daredevil is much darker and more violent than anything Marvel has shown on the big screen. One man commits suicide by stabbing his own head through a spike. As Daredevil star Rosario Dawson explained to TIME earlier this week, the show is really more of a crime drama or legal procedural than it is a superhero story.

But to keep up with the entire Marvel universe, you’re going to have to watch both types of stories.

MORE: Rosario Dawson on Being a Hero, Not a Love Interest, in Netflix’s Daredevil 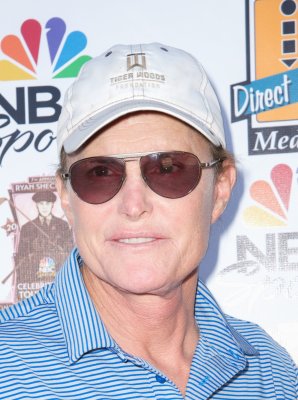