Here's What People Called Pot in the 1940s

Marijuana reefers hidden In a book, circa 1940
Keystone / Getty Images
By Lily Rothman

In 1934, when marijuana first appeared in the pages of TIME, it was with an asterisk that clarified that it was “a drug, long common in Mexico, made from a variety of hemp weed.” In the years that followed, the drug showed up in the news a few times, mostly associated with the idea of reefer madness. By 1943 when TIME published its first full article about what the magazine called “the weed,” readers would still be unfamiliar with much of the terminology used.

And, even though marijuana is moving toward legalization in many places in the United States, some of that terminology — giggle-smokes! — is likely to be unfamiliar to modern readers too.

See whether you recognize any of this pot slang from the 1943 story:

Though much of that lingo would fade into the skunky haze of time, “the weed” itself wouldn’t stay mysterious for much longer. One reason for that mainstreaming shift is hinted at by the magazine section in which that 1943 article appeared: music. “It is no secret that some of the finest flights of American syncopation, like some of the finest products of the symbolist poets, owe much of their expressiveness to the use of a drug,” the story reported.

The reason for the connection between jazz and pot was, the magazine guessed, that the illusion of a slower sense of time and a keener sense of hearing might allow musicians to improvise with more confidence. Plus, though the effects of the drug might look like the effects of alcohol, it seemed in some ways to be a better choice of vice. Though regular use would get in the way of “orderly living,” it didn’t seem to cause “physical, mental or moral degeneration.” Seeing their heavy-drinking musical colleagues afflicted with cirrhosis or other alcohol-related conditions could further convince jazz artists to choose to light up instead.

As jazz music became more widely appreciated outside its specific scene, marijuana had to be more seriously considered by mainstream media too—and, by extension, mainstream readers.

Read the 2014 cover story about a new trend in the world of marijuana, here in the TIME Vault: The Rise of Fake Pot 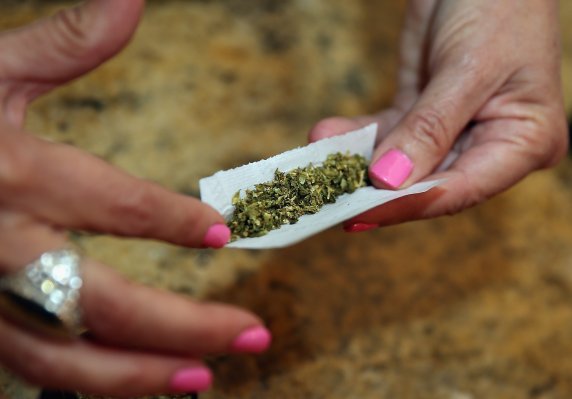