Apple expects consumer demand for the upcoming Apple Watch to “exceed our supply at launch,” Apple Vice President of Retail and Online Stores Angela Ahrendts said in a press release Thursday, one day before pre-orders for the new device begin.

Ahrendts went on to say that shoppers interested in the Apple Watch will at first only be able to place orders for the device online. Still, shoppers can schedule Apple Store appointments to get hands-on time with the Apple Watch before deciding to buy the device, which marks Apple’s first wholly new product under the tenure of CEO Tim Cook.

Apple Watch preorders will begin at exactly 12:01 a.m. Pacific time Friday, the company says. Shoppers who pre-order an Apple Watch can expect to have their device shipped April 24.

11 Amazing Features of the Apple Watch 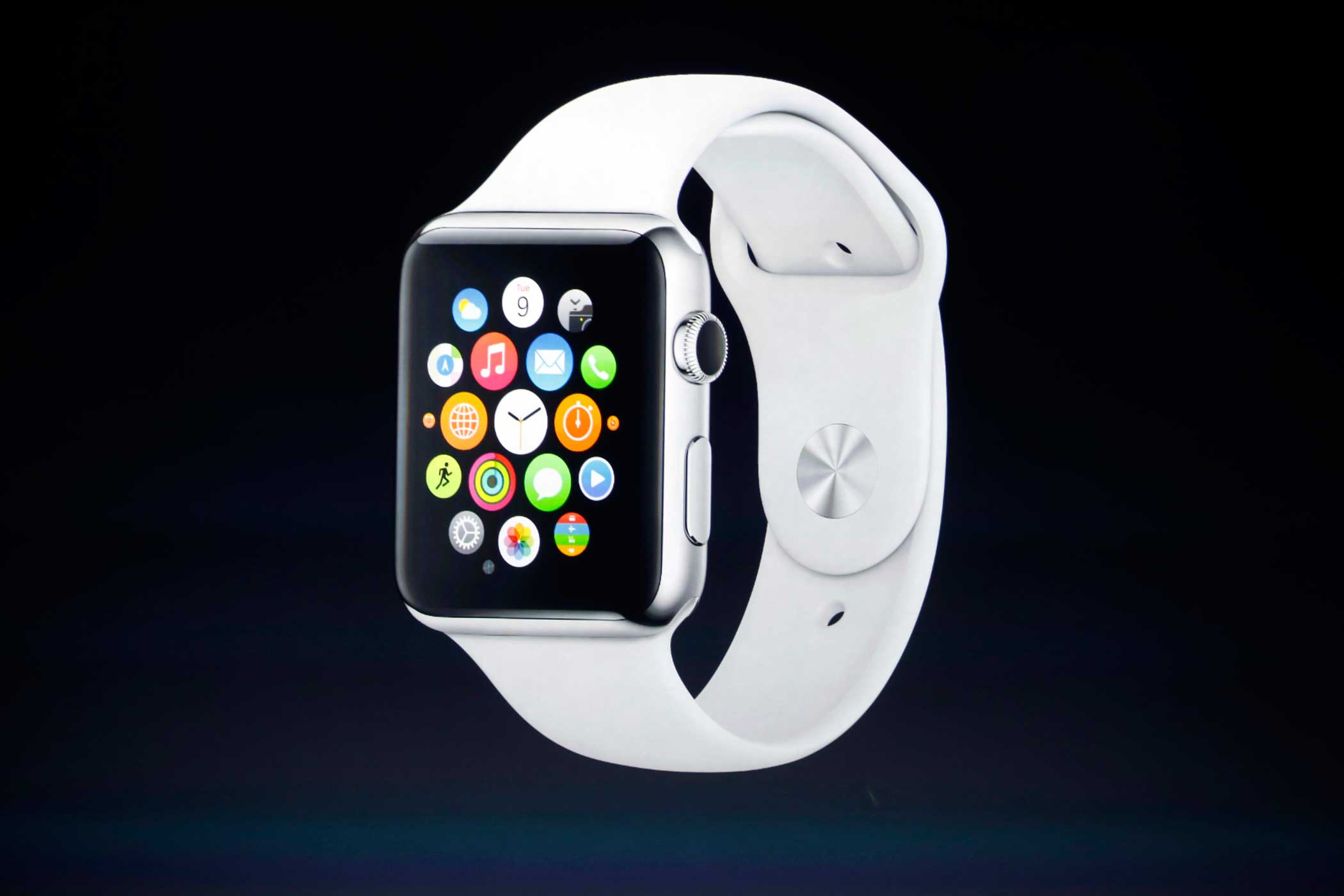 The Apple Watch is the company's' first entirely new product category since the original iPad. It's a huge gamble for Apple and a test of the still-nascent wearable market.
Stephen Lam—Reuters/Corbis 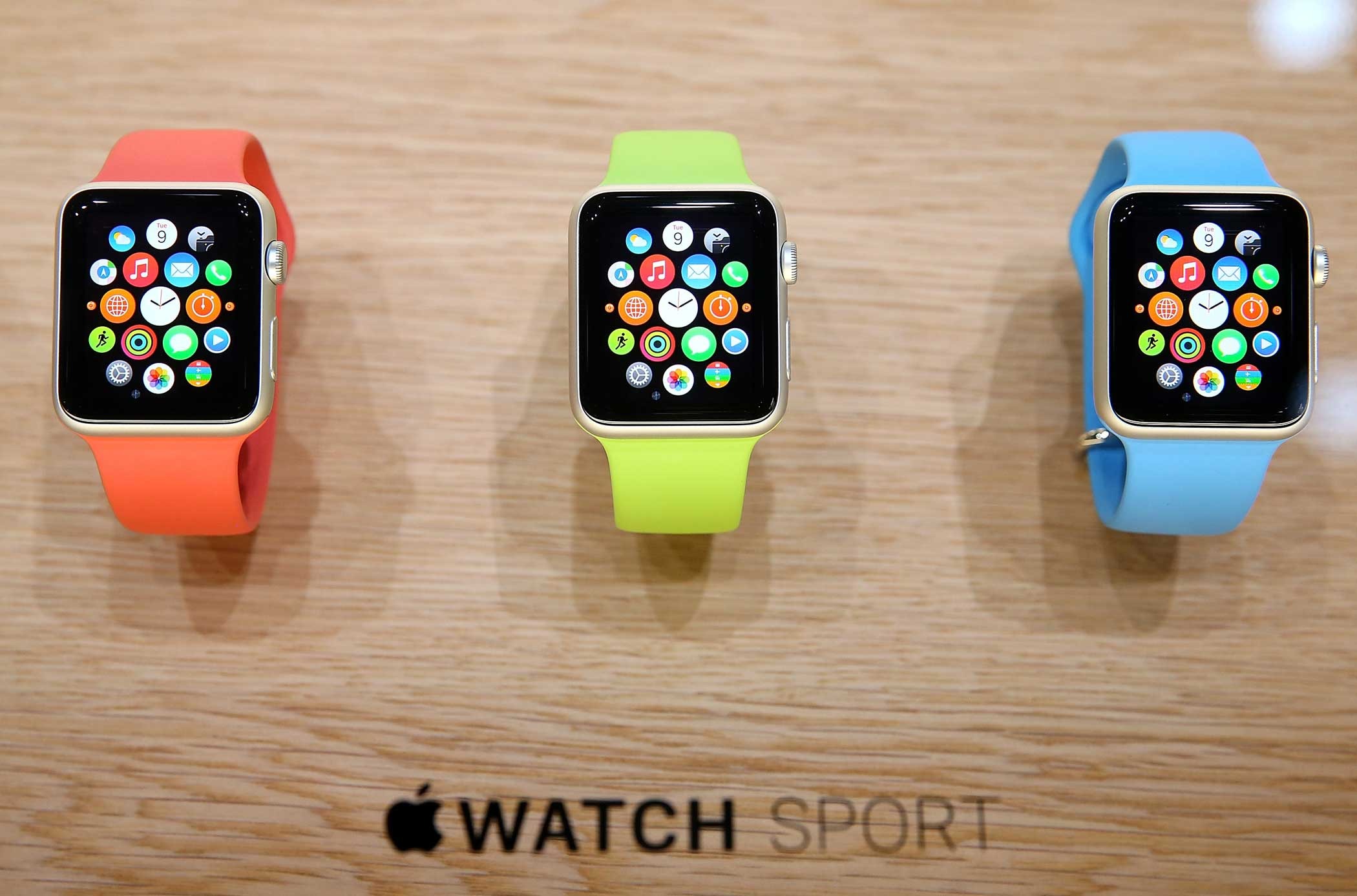 The Watch is the most customizable and varied product Apple has likely ever launched. It'll come in three editions made of different metals and be available with multiple snap-in wrist bands. Prices start at $349.
Justin Sullivan—Getty Images 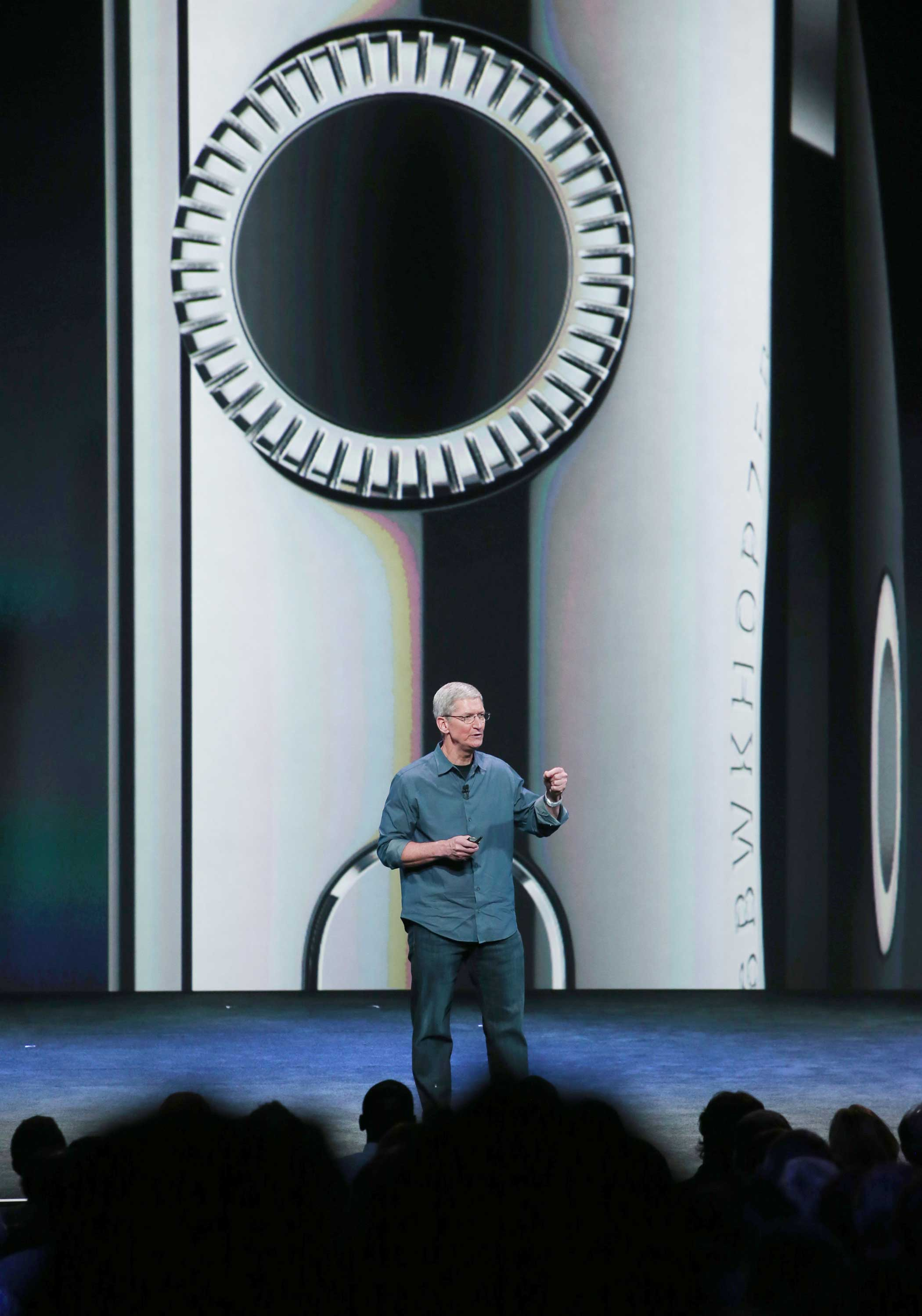 The Watch has a touch interface that can sense the difference between a light touch and hard press. But it also has a "digital crown" that allows users to quickly scroll through lists without obscuring the screen.
Justin Sullivan—Getty Images 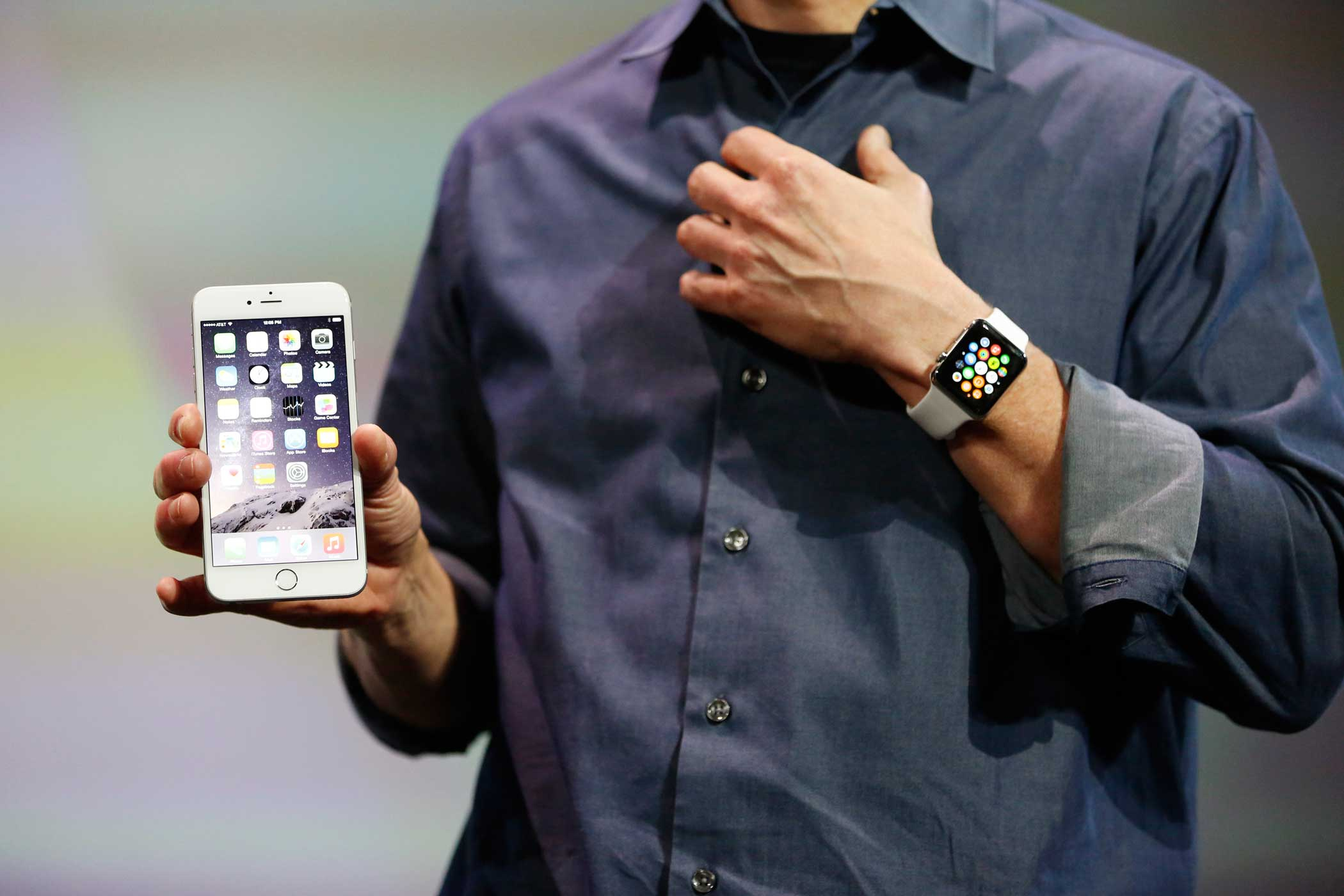 The Watch must be paired with an iPhone for many of its functions. The device piggybacks on the phone's data and GPS connections to pipe in directions or incoming voice calls and text messages, for instance.
Stephen Lam—Reuters 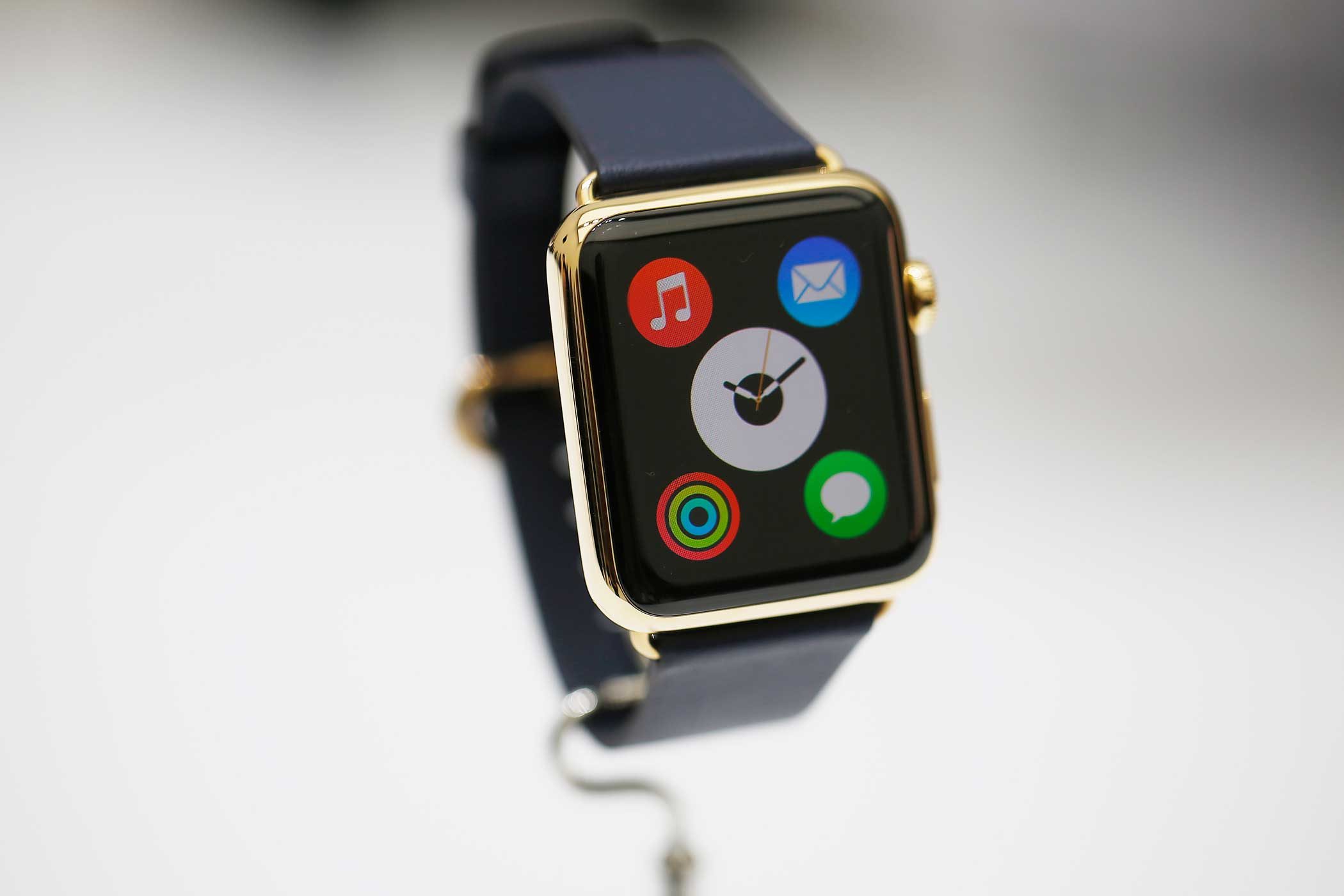 The Watch, like Apple's other iDevices, will have various independent apps. Examples include a Tesla app that shows the status of your electric car when it's charging and a Starwood app that lets the Watch act as your room key.
Stephen Lam—Reuters 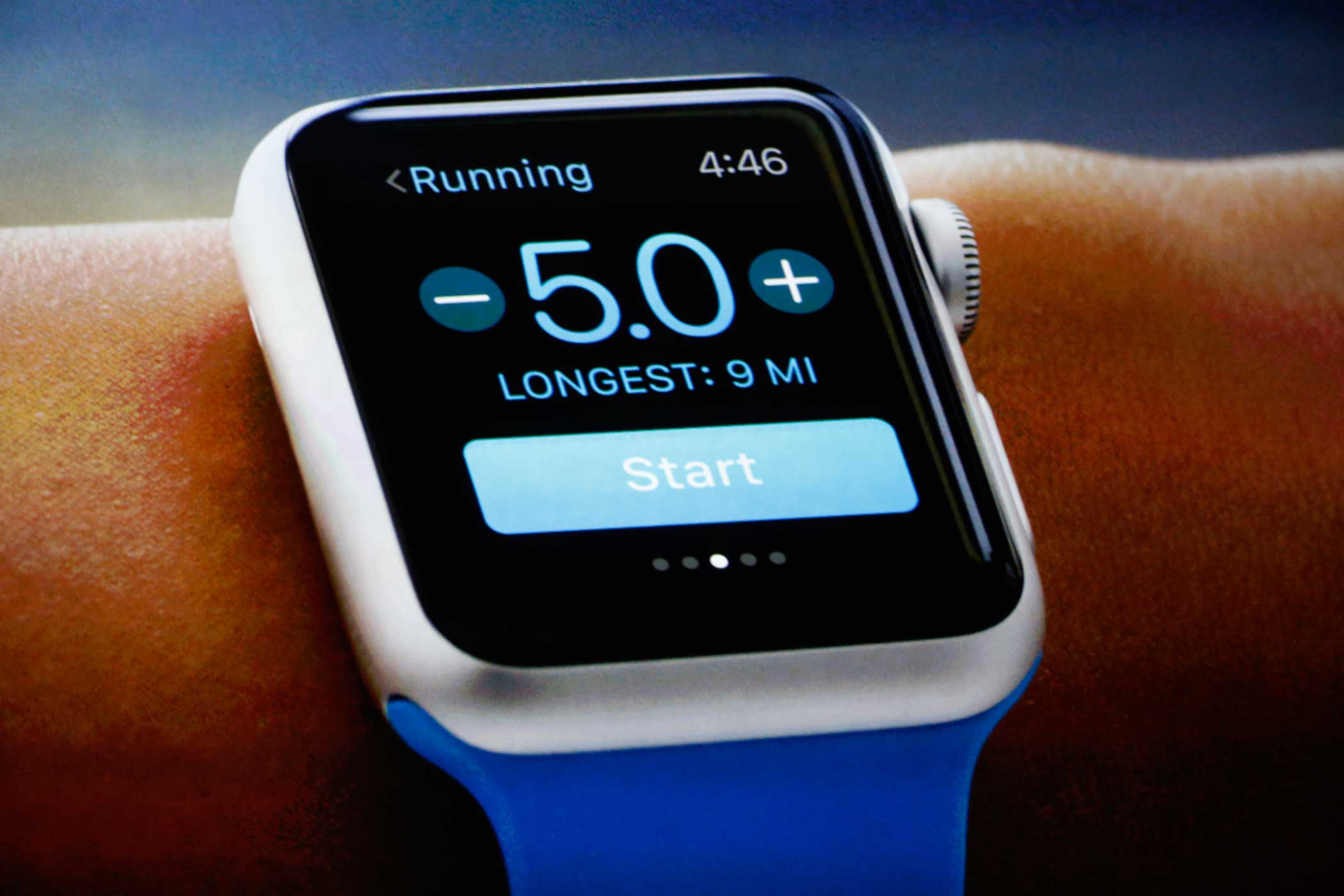 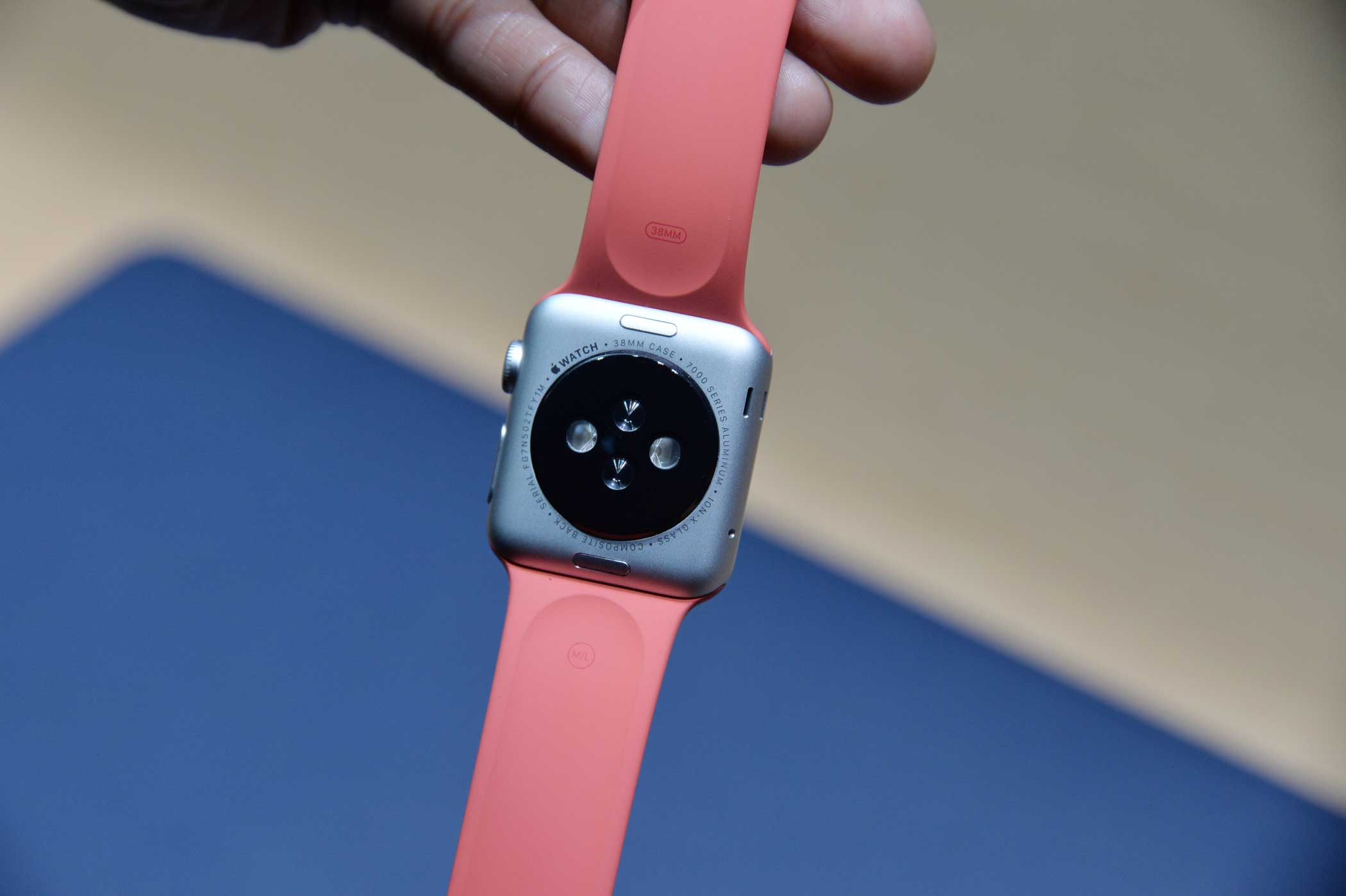 The Watch also can track your heart rate (while resting, while active) throughout the day thanks to these light sensors on the back.
Koichi Mitsui—AFLO/Corbis 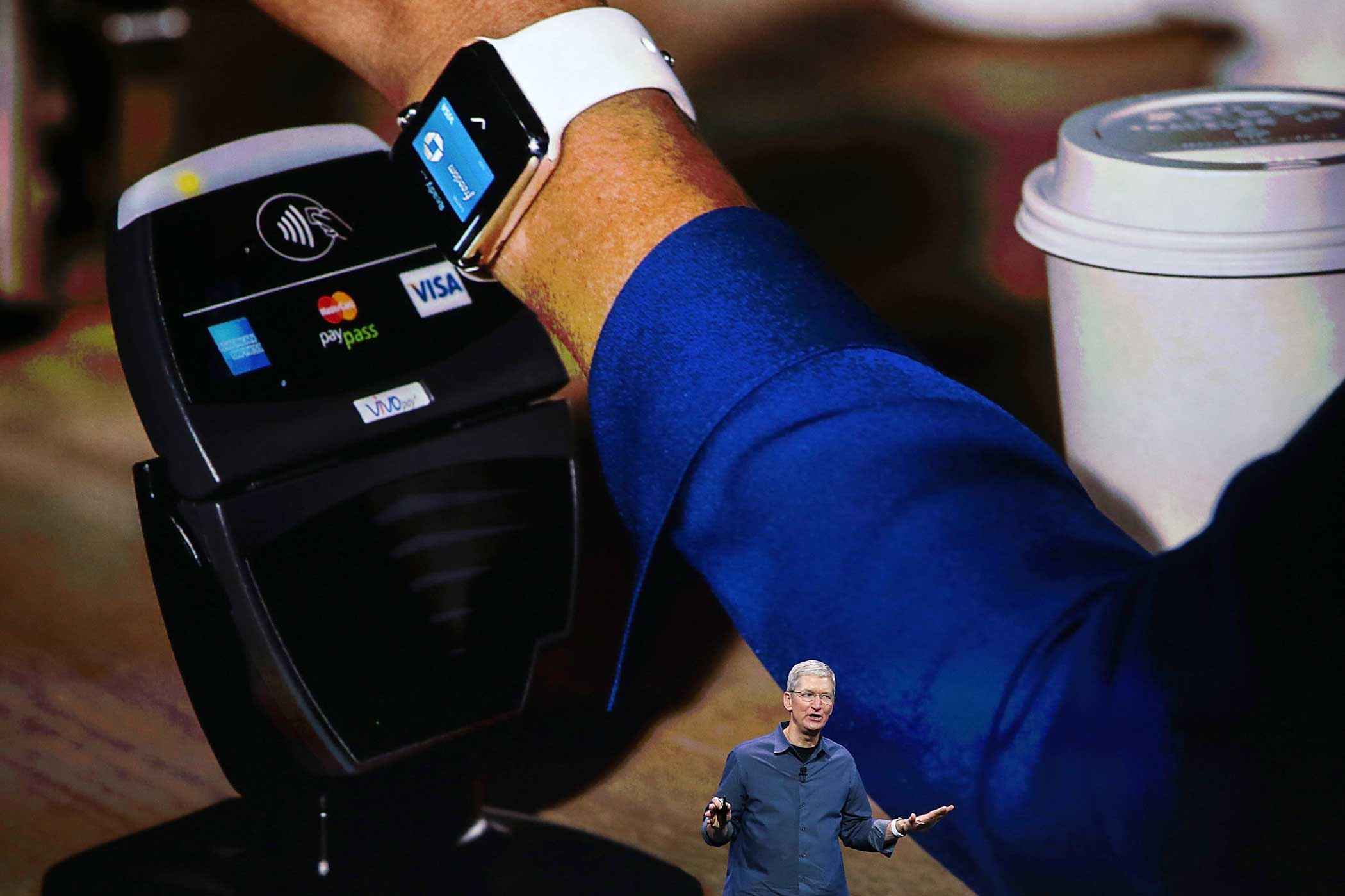 It also has Apple Pay, the company's digital payments platform. Swipe the Watch in front of a compatible kiosk and it will make an automatic online payment.
Justin Sullivan—Getty Images 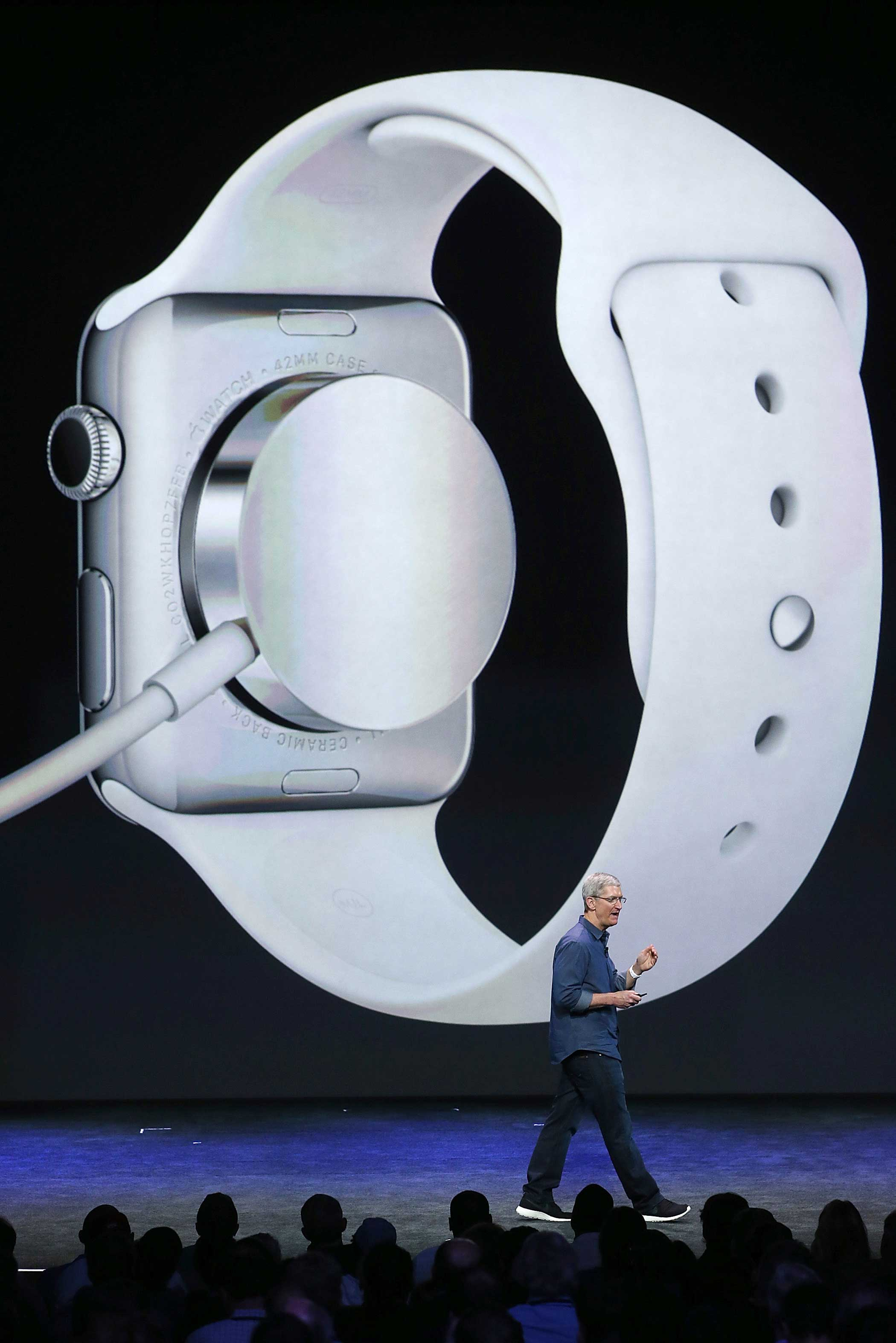 CEO Tim Cook has said the Watch will last about a day before it needs to be recharged. So far, battery life has been the biggest downside of most wearables. The Watch recharges through the magnetic system shown here.
Justin Sullivan—Getty Images 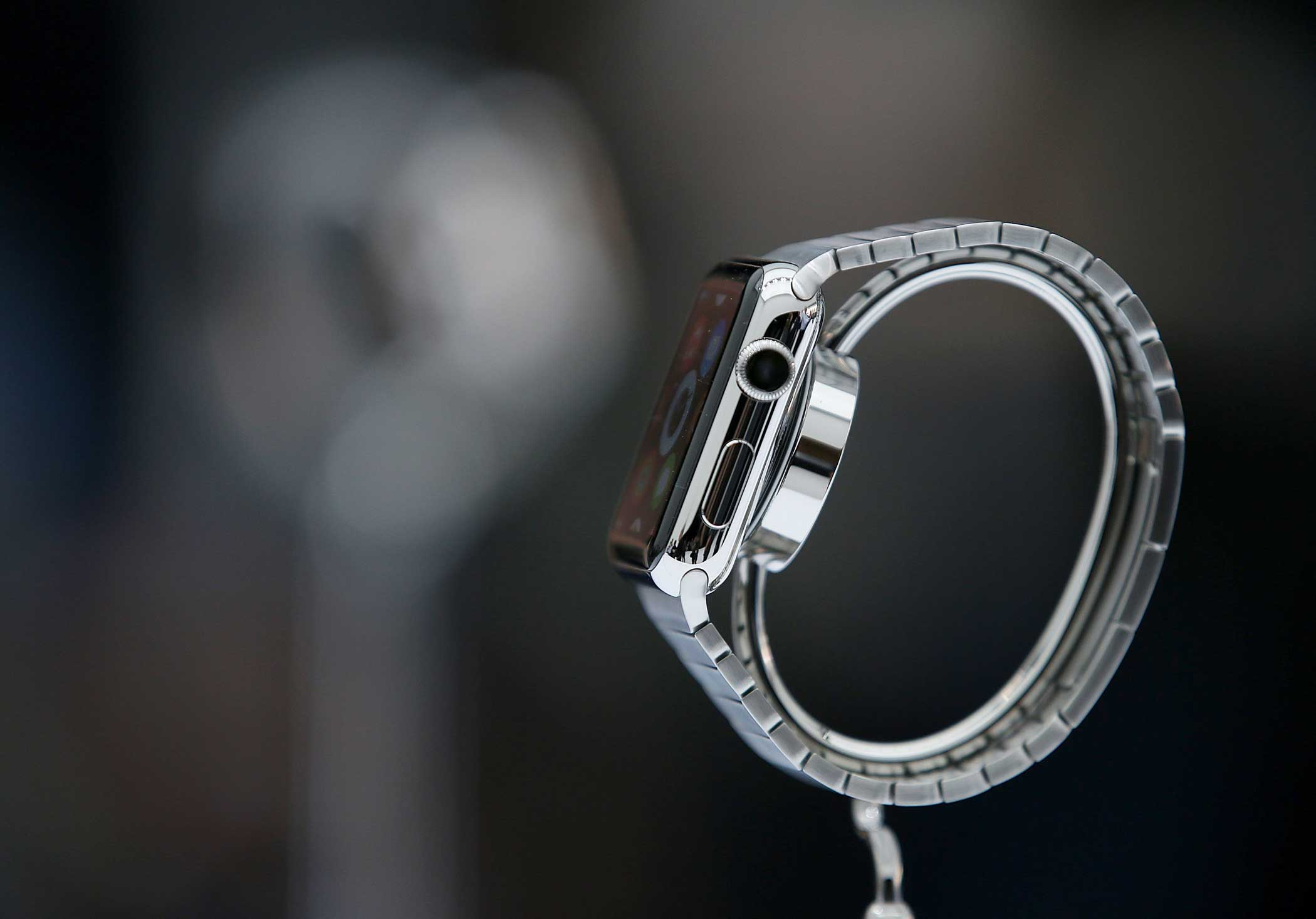 The Watch will come with many customizable bands that slip on and click in place at the top and bottom of the device's body.
Justin Sullivan—Getty Images 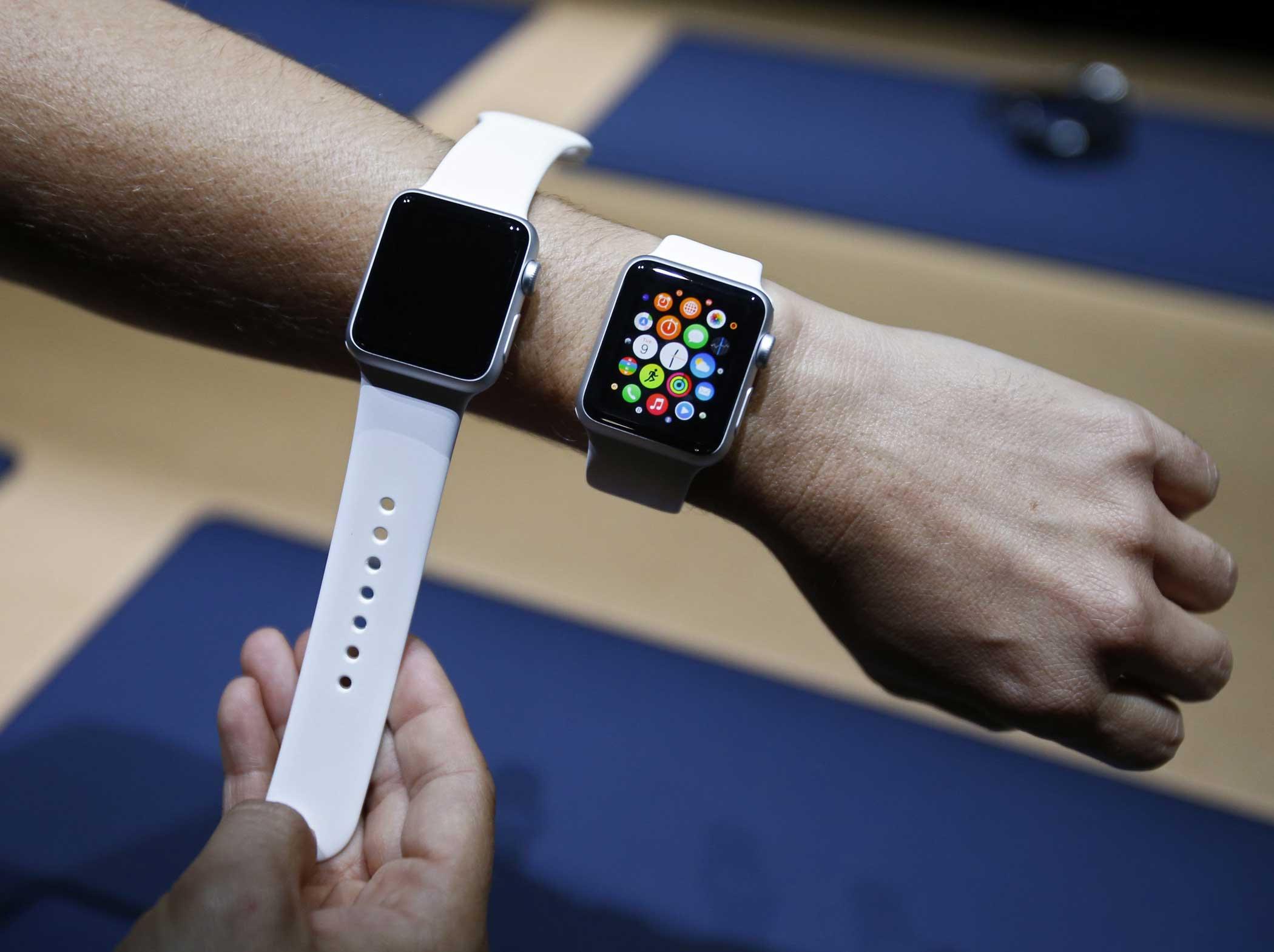 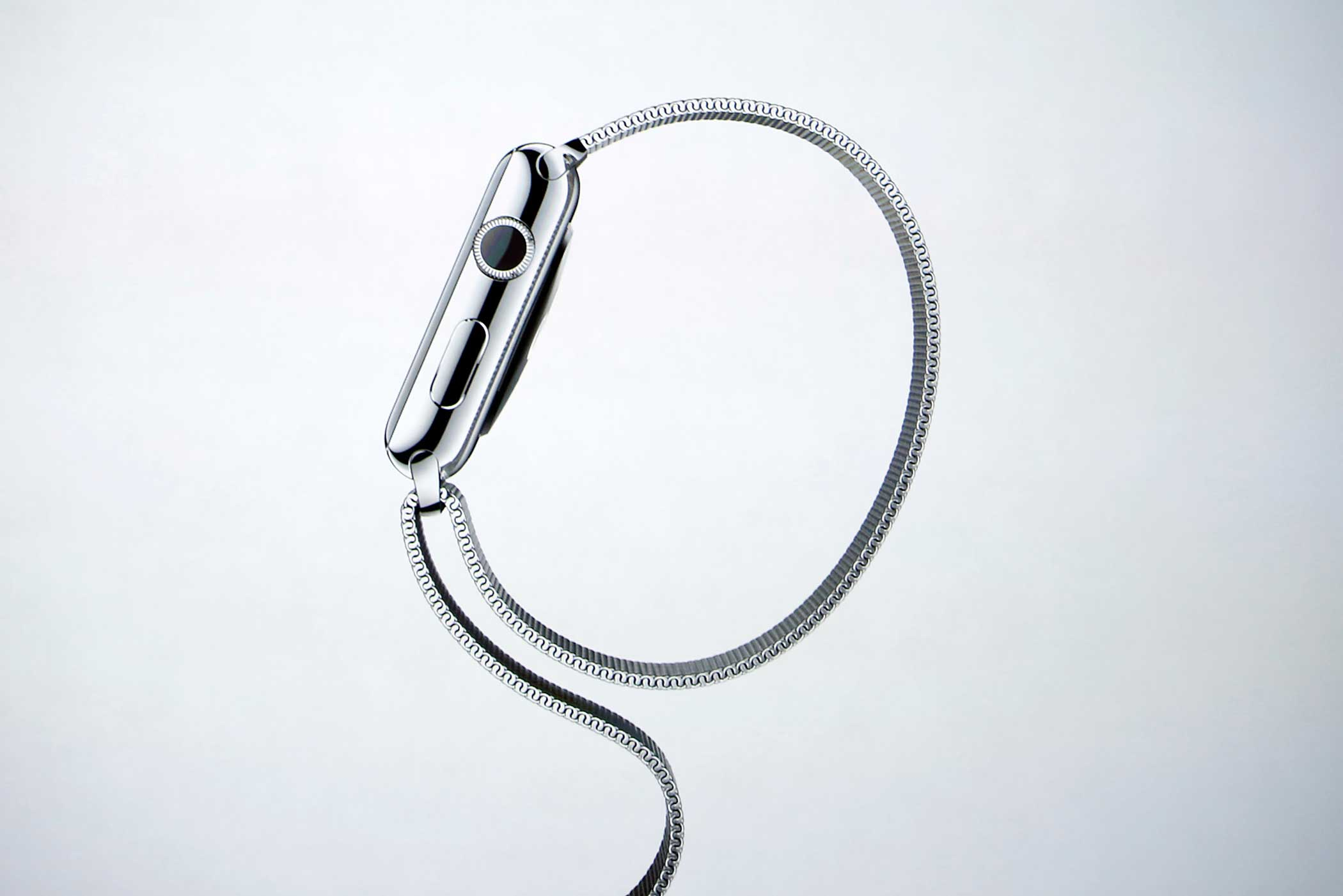 Higher-end models of the watch could cost several thousands of dollars.
Stephen Lam—Reuters 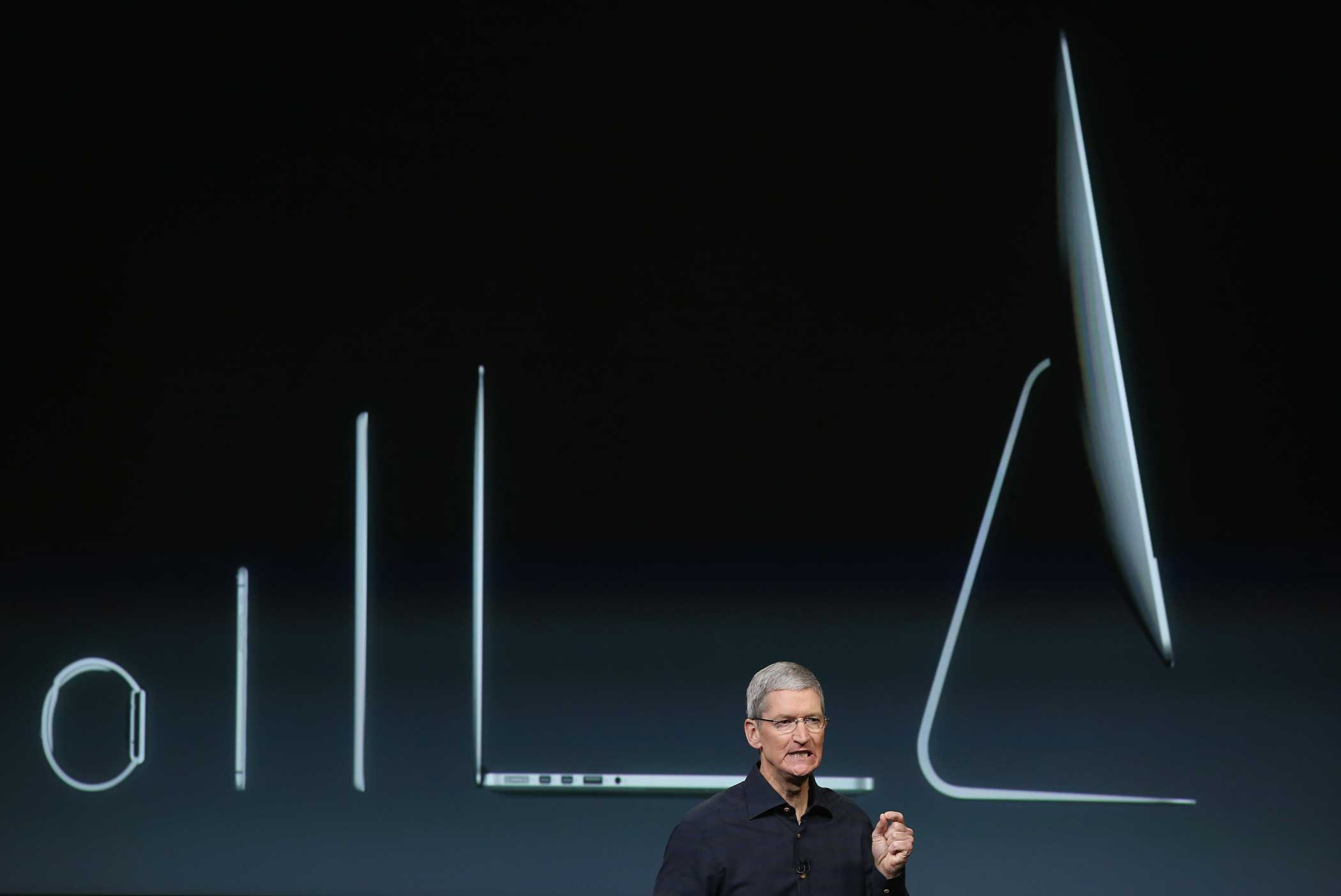 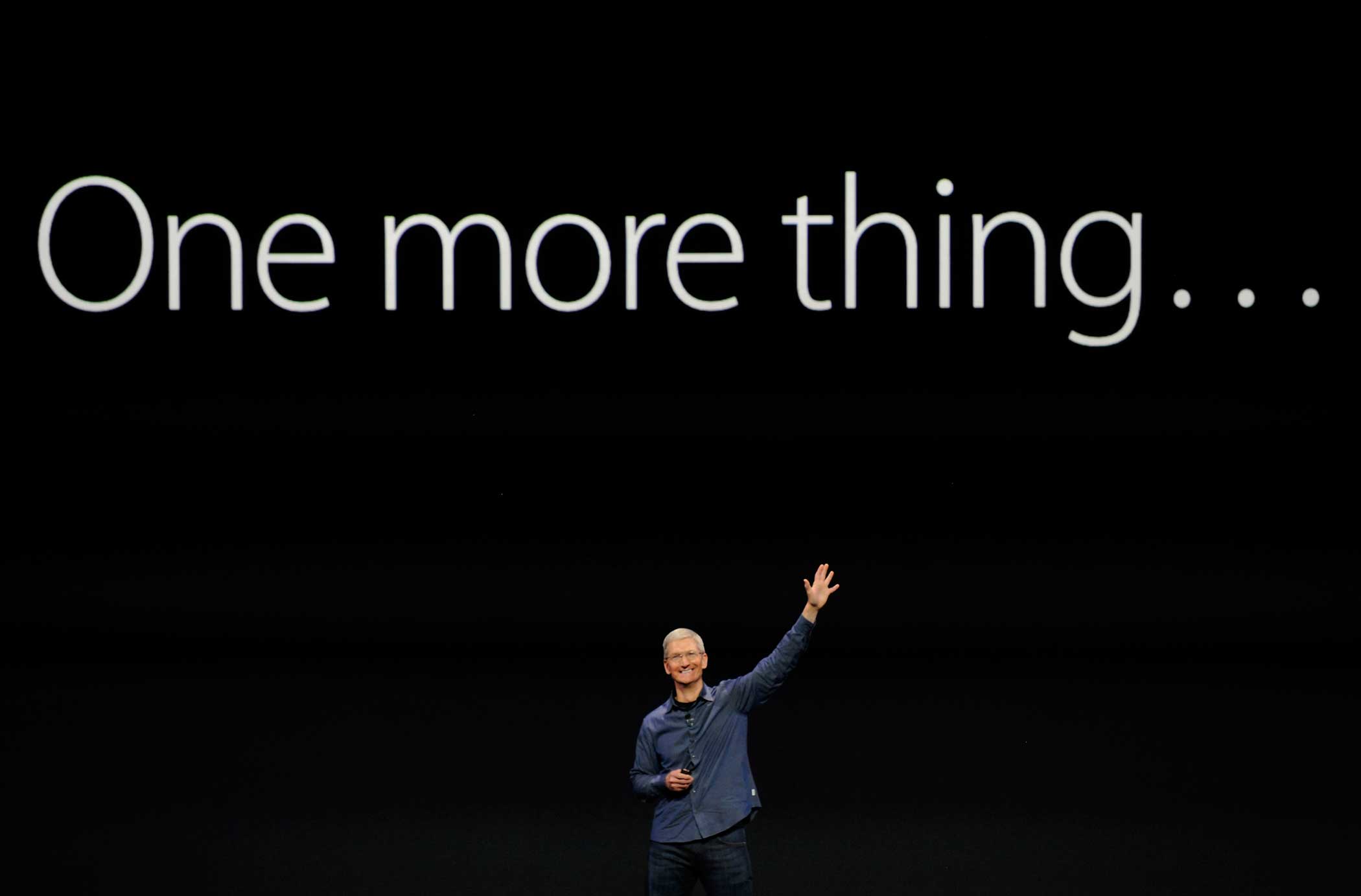 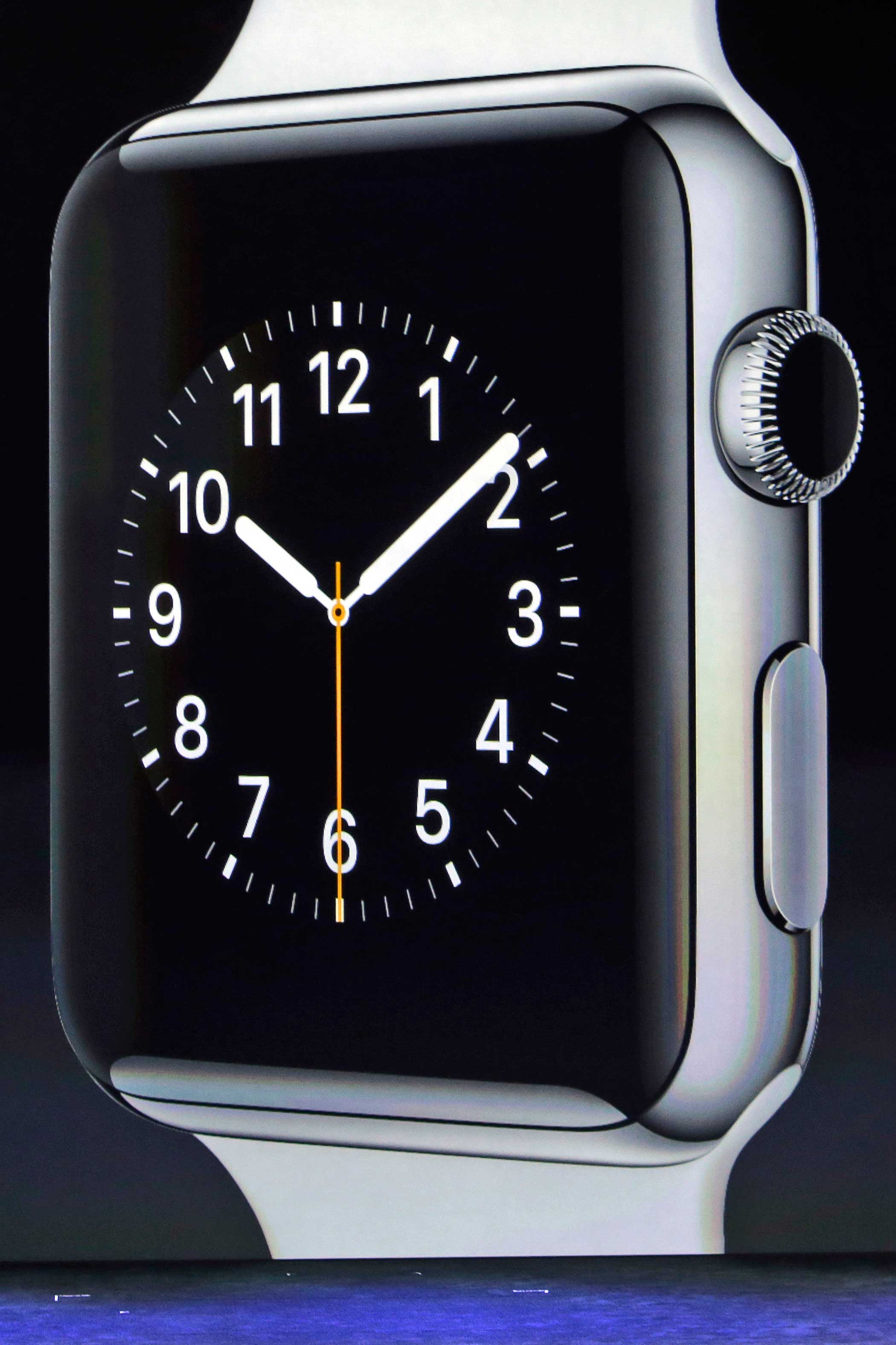 It tells the time.
Marcio Jose Sanchez—AP
1 of 15
Advertisement