There comes a moment at an Iranian Passover seder when people gleefully start beating one another with leeks to celebrate the Jewish people’s liberation from Egypt. Go figure. I was expecting a particularly brutal whupping from my friends Roya Hakakian and Dr. Ramin Ahmadi on the night after the Iran nuclear-deal framework agreement was announced. They know I favor the deal; I figured they would oppose it. Both are refugees from the Islamic Republic. Ramin, in particular, has been cited in the Iranian press as a subversive agent, paid by the CIA to conduct secret antiregime training sessions for young Iranians in Dubai and elsewhere.

The charges are laughable: Ramin is an Iranian leprechaun, if such a thing is possible–born a Muslim but converted to Judaism when he married Roya. He’s on the Yale University medical faculty, a poet and writer. He does favor regime change, but through peaceful means–and he has trained more than 200 young Iranians in nonviolence workshops. His students have gone home to lead the Tehran street protests in recent years. So I asked with some trepidation, “What do you think of the deal?”

It’s fantastic!” Ramin said, with a slightly naughty smile. “It’s very positive.” Really? “Yes,” he said. “It totally undermines the regime’s credibility.” For years, the hard-liners who actually run the show–the Supreme Leader and his Revolutionary Guards Corps generals–have presented America as the Great Satan. It was the prime rationale for repression: order and discipline were necessary to meet the U.S. threat. This was an argument that seemed to hold little water with the majority of Iranians, who favor reform; in my experience, and according to some polls, Iranians are the most pro-American Muslims in the region. Western news and culture–fed by satellite dishes, which are ubiquitous–are dominant in the society. “The question is,” Ramin went on, “how can America remain the Great Satan if you’re making deals with them?” That’s why people were dancing in the streets of Tehran. “It was the prospect of a better economy, for sure, but it was also the hope that this was the beginning of the end of the Islamic Republic.”

Ramin’s argument was bolstered by an obscure but significant point raised by Mehdi Khalaji, a scholar at the Washington Institute for Near East Policy who is the son of an Iranian ayatullah who has been imprisoned by the regime. Khalaji, writing with Patrick Clawson, notes that Iranian President Hassan Rouhani used the word tavafogh rather than a more legal formulation to describe the nuclear deal. “Tavafogh by itself resonates in Iranians’ ears as something more than a legal agreement,” they write. “The word is also used to describe conciliation between two people who have been at odds. In addition, it has the connotation of peace, as contrasted with strife.”

That is why the elected Iranian government–Rouhani and his Foreign Minister, Javad Zarif–will face opposition from the more extreme factions of the regime, like General Mohammad Reza Naqdi of the Basij religious militia, who suddenly popped up after the deal, calling the Americans “liars,” and also said “erasing Israel off the map” is “nonnegotiable.” The Basij is a domestic street gang known for unprovoked attacks on students and journalists; Naqdi is the Sheriff Joe Arpaio of Iran, and he gave immediate ballast to Israeli Prime Minister Benjamin Netanyahu’s refrain that the Iranians can’t be trusted. Given the surprising strength of the deal–especially the reduced number of centrifuges allowed to enrich uranium for peaceful use–Netanyahu needed all the help he could get. He was forced to resort to the spurious argument that the framework would launch a nuclear-arms race in the region. Actually, that’s what will happen if a deal isn’t reached–and this deal could still, easily, collapse over the not-so-small print.

The weird ideological confluence between Likudnik neoconservatives and the Iranian hard-liners in opposition to the deal is instructive. It is reflexive, uninformed, pessimistic. By contrast, Ramin Ahmadi’s view seems improbably fresh and fiendishly delightful. Over dessert, after the leek beating had subsided, he laid out the uncertain new landscape that the Iranian left suddenly had in common with the desperately-seeking-Satan hard-liners. The left–which has tolerated the regime because it hates American imperialism–was now liberated to hate both the regime and the Americans, which was perverse good news: they might join the moderate opposition in the streets. The hard-liners were split, awaiting definitive word from the Supreme Leader. “The people dancing in the streets believe their lives will immediately improve. But the sanctions won’t go away overnight–and even then, it will take time for the economy to recover,” Ramin concluded. “Nothing crushes a dictator more effectively than rising expectations.” 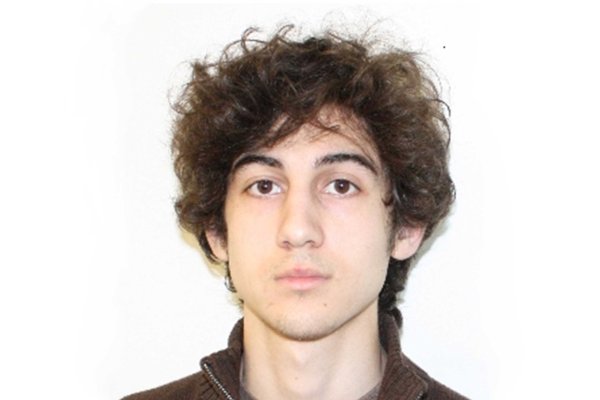 Either Sentence Is Too Good for Tsarnaev
Next Up: Editor's Pick