A police forensics officer enters Hatton Garden Safe Deposit Ltd. in London on April 7, 2015, after it was burgled over the weekend
Dominic Lipinski—AP
By Helen Regan

A crack team of thieves broke into a vault in central London’s gem district over the weekend and raided up to 70 safety deposit boxes, making off with a staggering fortune in jewels, cash and other heirlooms.

Though police have not confirmed the value of the haul, the former chief of the Flying Squad (a London police branch that specializes in organized crime) Roy Ramm estimates the jewelry stolen during the heist could be worth as much as $300 million, reports the BBC.

Users of the safety deposit boxes at Hatton Garden Safe Deposit Ltd. still do not know if they are among the victims, as police continue to forensically examine the scene.

One local jeweler, Michael Miller said he “felt sick” at the prospect of losing up to $74,000 of uninsured watches and jewelry.

Many other users of the depository did not insure the contents of their boxes because of the high cost of premiums.

Using heavy cutting equipment, the thieves are believed to have accessed the vault via a lift shaft, drilling into the vault to reach the boxes.

“There is still a concern that the thieves may have had some kind of inside knowledge,” said BBC News correspondent Daniel Sandford.

Tracing the stolen gems would be nearly impossible says diamond dealer Neil Duttson. “Once diamonds have been recut and polished there is no geological map,” he said. 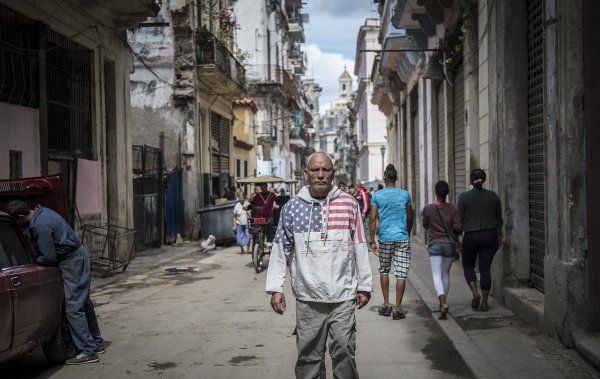 Poll: Obama Almost Twice as Popular in Cuba Than in U.S.
Next Up: Editor's Pick