The bystander who filmed the police shooting death of an apparently unarmed black man in South Carolina over the weekend spoke out on Wednesday.

The video made Saturday shows North Charleston police officer Michael Slager, who is white, firing eight shots in the direction of Walter Scott, 50, as he runs away. Officials said Wednesday he was struck five times. The officer had said earlier that he shot at the man because he had taken a Taser from him during a scuffle, which began after a confrontation during a traffic stop. But the video, released Tuesday night, appears to show the officer picking up the Taser and then dropping it near the man’s body.

Feidin Santana told NBC Nightly News in an interview that aired Wednesday night that he came across the scene when he was walking to his job.

“I see the police officer chasing him. I was on a phone call and decided to go there and see what was going on,” he said. Asked if there was a struggle between the man and the officer, Santana said there was: “They were down on the floor before I started recording.”

Santana had already begun filming when the man began to run from the officer. “I remember the police had control of the situation, had control of Scott,” he said. “And Scott was trying just to get away from the Taser. You could hear the sound of the Taser.”

“I believe he just wanted to get away from the Taser,” Santana added. “But like I said, [Scott] never used the Taser.”

The video shows the officer firing seven shots in rapid succession toward Scott, then momentarily pausing before firing an eighth. It was after the final shot that Scott fell to the ground.

Santana kept filming. Asked about how quickly he realized what he had documented, Santana said, “I knew right away, I had something on my hands.”

He turned the video over to the family and recalled “they were very emotional.”

“When I turned it in,” he said, “I thought about their situation and said if I were to have a family member where that happened I would like to know the truth.”

Scott’s brother, Anthony Scott, told TIME on Wednesday that he first saw the footage after a man approached him at a vigil earlier in the week. “I was angry. Shocked,” he recalled. “I said, ‘We have to have that.’ So that we could prove it was innocent.”

Read next: Errol Morris: Documentary of a Murder 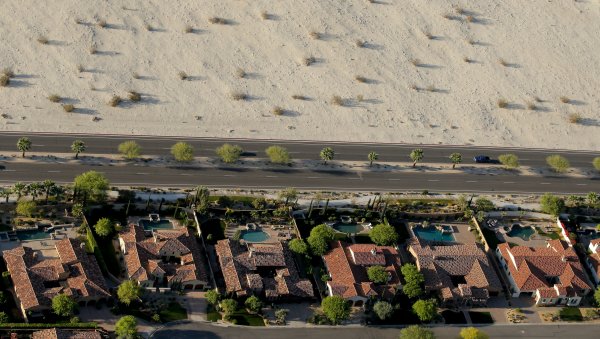