Martin and Brown Attorney: How Many More Videos Will It Take, America?

North Charleston police officer Michael Slager is seen allegedly shooting 50-year-old Walter Scott in the back as he runs away, in this still image from video in North Charleston, S.C. taken April 4, 2015.
Reuters
Ideas
By Benjamin Crump
Benjamin L. Crump is the attorney for the families of Trayvon Martin, Michael Brown, and Corey Jones and is a former President of the National Bar Association

What started out as a routine traffic stop quickly escalated into the death of Walter Scott. The city of North Charleston, S.C., was all too willing to accept the officer’s version of events, even though the physical evidence clearly showed that the officer had fired eight shots, with four of the eight shots fired hitting Scott in the back.

Far too often the police come up with the same narrative: I felt threatened, I felt afraid, the victim struggled with me, he reached for my gun. This is the same old story from officers that shoot unarmed black men. If not for the video, the officer would have been believed and his story would never have been questioned by the justice system or city officials.

I’ve represented dozens of families of unarmed people of color who have been killed by police officers. And if I had a dollar for every time the reason given by the police was that “they reached for my weapon” or “they attacked me and I felt in fear for my life,” I wouldn’t have enough room in my pockets. What’s sad is how often the police narrative is accepted, with no one but the family raising questions. The death of an unarmed individual is swept under the rug. Walter Scott’s death was well on the way to being swept under the rug—but for the video. Therein lies the problem.

This video was shocking to much of America, but for many of us it was a scene we have experienced so many times in our communities that we weren’t shocked at all. When I saw it, I imagined how many times evidence has been planted, how ­many times untrue stories have been given as official statements, to help justify the killing of innocent people of color. “Without the video … it would be difficult for us to ascertain exactly what did occur,” the mayor of the North Charleston, Keith Summey, said. But is that really true? I do not agree that it would be difficult. An unarmed black man is shot multiple times from behind while he is fleeing from an officer? That does not point to justified use of deadly force.

North Charleston Police Chief Eddie Driggers, referring to his officers, said, “One does not throw a blanket across the many.” I agree with this statement. It should also apply to black men and all people of color.

There is a blanket of distrust, disrespect and indifference that has been thrown across black men in America. And it is resulting in too many deaths at hands of armed police officers who claim they are afraid.

Crump is an attorney who represents the families of Trayvon Martin, Michael Brown, and Tamir Rice 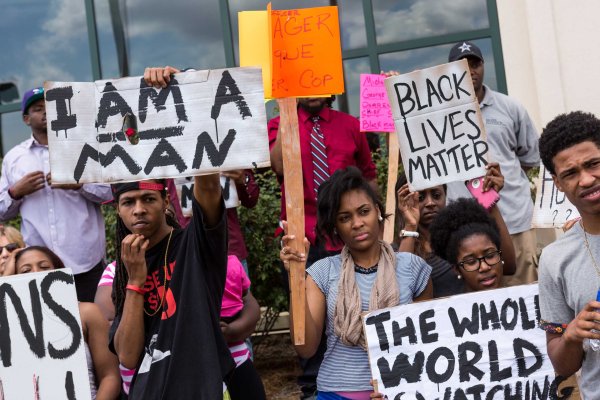 Kareem Abdul-Jabbar: Nothing Less Than an Assassination
Next Up: Editor's Pick