Can Plastic Surgery Make You More Likeable? A Close Look at a New Study

Putting aside reconstructive surgery, facial plastic surgery is all about vanity. Which, let’s face it, means looking younger and more symmetrical. But erasing those signs of experience and maturity also changes the way other people see you. Like it or not, and socially acceptable or not, we make snap judgments about people based on purely superficial traits all the time. Furrowed brow? You might be interpreted as mean or anti-social. Heavy, hooded eyes? Clearly untrustworthy. While it seems ridiculous now, at one time in our evolutionary history, being able to make such determinations might have been life-saving: Who’s out to do us harm? Who is there to help?

In modern times, the sad truth is we still make snap judgments about certain facial features and the way we read some faces—as aggressive or unlikeable, say—tends to be connected with saggy skin, heavy chins and more crepe-like skin. That’s what plastic surgeon Dr. Michael Reilly from Georgetown University and his colleagues found in a report published in JAMA Facial Plastic Surgery.

In his study, he asked people to rate either before or after photos of women who had had cosmetic procedures. Not only did he ask them to evaluate how attractive and how feminine she was, he also had people make guesses about her personality based on the photos. Why the personality traits? Previous studies have shown that physical features have a strong correlation to certain personality types, and Reilly says he wanted to understand exactly how the changes he made as a plastic surgeon were affecting his patients. “If I’m embarking on this career, and if I’m doing this type of surgery, I want to know what I’m doing to patients,” he says. Laudable, certainly, but what are the raters’ responses really telling us? The raters never saw the before and after pictures of the same person, which Reilly says he did in order to reduce any potential bias.

Reilly found that people consistently rated the post-op photos as higher on things like social skills, likeability, femininity and overall attractiveness. Not a surprise, given that cosmetic procedures are supposed to improve attractiveness. But likeability? Social skills? Not to mention trustworthiness and risk-seeking?

MORE: Here Are the Most Popular Plastic Surgery Procedures In Three Charts

For one, asking people to rate faces on these characteristics is a bit artificial to begin with. The personality traits people were asked to assess have biased terms—like “aggressiveness,” says Dr. Sam Lam, a facial plastic surgeon practicing in Dallas, who wrote an editorial accompanying the study. Raters might be saying that faces have certain traits only because they’re forced to make a choice when they might not if they weren’t in a study setting.

The results also reinforce the fact that — surprise!— our society has a bias against aging. Since the post-op, and presumably younger-looking, images of the same women seemed to score higher on things like social skills and likeability than their pre-op pictures, that strongly suggests that aging-related features are associated with less-than-desirable personality traits like anti-social behavior. “Aging reverses positive dynamic expressions like smiling,” says Reilly, noting that when we smile, we bring our cheeks up and tighten certain facial muscles. “When we age, our faces look like the opposite of a smile.”

MORE: Plastic Surgery Doesn’t Work — but Neither Does Our Standard of Beauty

Yet couldn’t aging also be seen in exactly the opposite light, as a factor that makes someone more adept and experienced at social interactions and therefore more likeable than a younger person who is more awkward and uncomfortable navigating among strangers?

A previous study from 2013 of before and after plastic surgery ratings didn’t find the same improvement in attractiveness that the current one did. In that study, people looking at photos of patients pre- and post-op didn’t think the procedures made patients any more attractive, and only seemed to make them look about three years younger.

Which only goes to show that we still have a long way to go before we can figure out exactly what we’re doing to ourselves when we go under the knife for cosmetic procedures. We’re changing our outward appearance, yes, but how that affects our inner selves and how others perceive us isn’t — and likely won’t ever — be entirely clear. 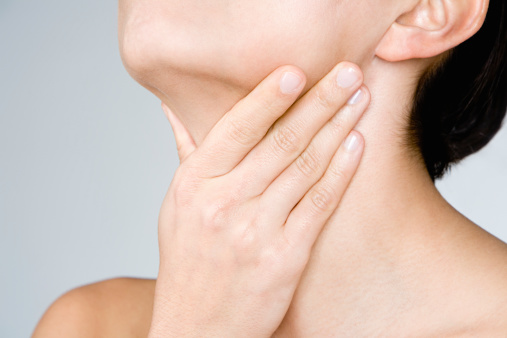 10 Ways to Soothe a Sore Throat
Next Up: Editor's Pick