California officials working to combat the state’s four-year drought are taking aim at everyday practices that use billions of gallons of water each year: flushing toilets and running faucets.

The California Energy Commission took emergency action on Tuesday by mandating that all toilets, urinals and faucets sold in the state must conserve water. That means only low-flush toilets and low-flow sinks will be allowed for sale after Jan. 1, 2016, regardless of when they were manufactured. The mandate applies to both public places and private residences.

“We’re seeing serious dry spell here in California,” says Amber Beck, a spokesperson for the commission. “And we need to make sure we are not only saving water right now but in the coming years.” These regulations come less than a week after Governor Jerry Brown imposed the state’s first-ever mandatory water restrictions, aimed at cutting the state’s usage by 25%.

The commission’s action will set historic efficiency standards for appliances in the Golden State, which are much stricter than the voluntary standards laid out in the Environmental Protection Agency’s WaterSense conservation program. As of 2016, all urinals sold in California can use only one pint of water or less per flush; the current standard is one gallon, while the EPA will put its WaterSense stamp of approval on any urinal that uses half a gallon or less.

The commission estimates that the new standards will save 10 billion gallons of water in the first year, and more than 100 billion gallons as old appliances are replaced by new ones over the coming years. As of January, there were more than 45 million faucets, 30 million toilets and 1 million urinals operating in California.

Read next: California’s Water Crisis by the Numbers 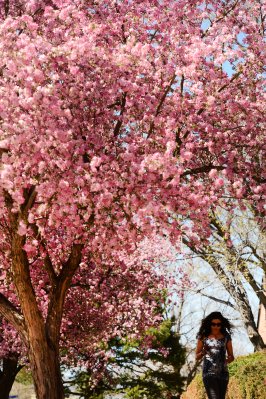 This Spring Will Be Especially Bad for Allergy Sufferers
Next Up: Editor's Pick