Lee Chae-rin—better known as CL—is a member of the South Korean pop group 2NE1. The group has gained popularity worldwide and is considered one of the most successful K-pop groups. CL currently has a higher percentage of votes in the poll than Taylor Swift, Lady Gaga and Rihanna.

Putin has been one of the world’s most controversial leaders of the past year for, among other things, Russia’s backing of separatists in eastern Ukraine. He’s ranked above other leaders like Pope Francis and President Obama. (Both Putin and Obama appeared on the 2014 list.)

The duo were within .2% of one another as of Wednesday evening, with Putin just ahead of CL, at 6%. (Click here to see who is currently winning.) 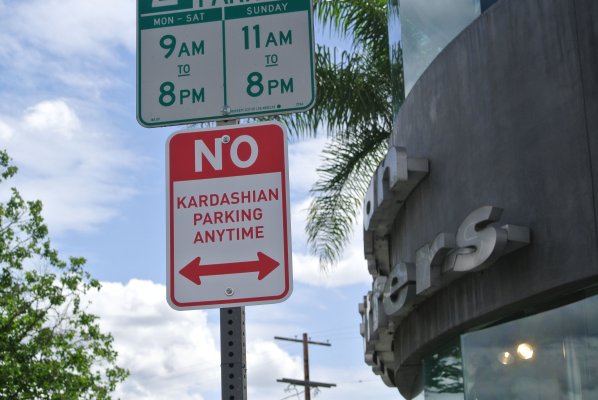 These 'No Kardashian Parking' Signs Are Taking Over Hollywood
Next Up: Editor's Pick