Signs hung at a business in Springfield, Mo., express support for upholding a local non-discrimination measure for LGBT residents, which was repealed on April 7, 2015.
Courtesy of PROMO
By Katy Steinmetz

Residents in Missouri’s third largest city narrowly voted Tuesday to repeal protections for LGBT residents that had been put in place six months before. The vote in Springfield drew passionate campaigners on both sides, pitting a group of socially-conservative Christians worried that their faith was being steamrolled against supporters of LGBT rights, echoing recent political battles over religious freedom restoration laws in Indiana and Arkansas.

“There’s absolutely disappointment. And there’s absolutely sadness,” says Stephanie Perkins, deputy director of PROMO, a statewide organization that promotes LGBT rights. The election was close and the side fighting to uphold the non-discrimination law was leading for a time, but in the end the law was repealed with 51% of the vote.

In October, Springfield city council voted 6-3 to approve a non-discrimination measure that had first been introduced more than two years earlier. That update to the city’s civil rights law made it illegal to discriminate against people in housing, employment or public accommodations because of their sexual orientation or gender identity.

That means that in the hypothetical case of the baker who is asked to make a cake for a same-sex wedding, the baker would be in violation of the law if he or she refused based on disapproval of homosexual relationships. Advocates say the measure would also prevent more “life-altering” discrimination that often goes unreported without a law on the books that prohibits it. “People do get fired for being gay and transgender. People do get evicted from their homes. They do get denied services,” Perkins says. “That’s why these laws are important.” A report from the liberal think tank Center for American Progress puts numbers on these issues.

The organization spearheading the effort to repeal the law, Christians Uniting for Political Action, could not be reached for comment. A leader in their group, Calvin Morrow, previously published this statement articulating his support for repealing the law:

Lawsuits against such businesses are uncommon, but they resonate with the electorate in Springfield, a traditionally conservative and religious city in the Southwest part of the state. Headquarters for the Assemblies of God are located there, and churches are found on corner after corner. While many religiously motivated residents voted to repeal the law, some congregations came out in support of the measure. Morris has said that position “does not line up with doctrine.”

While those who campaigned to uphold the law were saddened by the results of the election, Perkins says that the experience was heartening overall. Nearly 200 local businesses came out in support the of law, while some evangelical congregations made it clear, for the first time, that they welcomed LGBT worshipers. “In Springfield, to stand up and say that out loud is scary,” says Perkins, who lives in the city.

A statewide non-discrimination measure similar to the now-defunct Springfield law is currently being considered in the Missouri legislature. Advocates like Perkins hope that people brought out to campaign in Springfield might be able to channel their support to that fight. “No one I’ve talked to have said they wanted to give up,” she says. “Yes there’s disappointment, but it’s nothing compared to the hope that has been created in this community.” 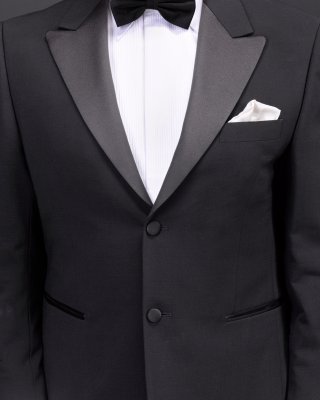 Gay Student to Miss Prom After School Says No Tux
Next Up: Editor's Pick