Here's What It's Like Inside the First Virtual Reality Documentary

Putting on a virtual reality headset feels a little like wearing the gaudiest pair of sunglasses ever: they’re awkward, unflattering — but they somehow manage to be kind of fun. Earlier this month, I was given the opportunity to try an Oculus Rift in one of TIME’s meeting rooms, sampling some imagery from Zero Point, the first movie ever shot in 3D, 360 degree video specifically for virtual reality.

I was transported to a whole new world.

I found myself in different settings — a virtual prairie surrounded by buffalos, a beach with a beautiful woman, and finally a military training session. The experience was a little overwhelming at first, but it didn’t take long for me to get used to it. It seemed that my brain was able to accept the virtual world almost as easily as it does the real one. When I finally returned to the conference room, though, it all seemed a little underwhelming.

The film Zero Point follows the pioneers, researchers, and developers of virtual reality, and is spearheaded by Danfung Dennis’s tech startup Condition One. The film uses footage from between three and 30 cameras, each shooting simultaneously at a slightly different angle, before being stitched together to create a seamless user experience. To view this film, you must own an Oculus Rift headset, which is currently only available to developers.

Facebook’s recent $2 billion acquisition of Oculus VR, creators of the virtual reality headset Oculus Rift, has spurred a massive resurgence of interest in virtual reality technology. For decades, the gaming industry has unsuccessfully attempted to introduce immersive headsets, but only now is the technology reaching a point where it can be used as a new documentary tool.

“The traditional rules of filmmaking and storytelling do not apply,” Dennis tells TIME. “There is no frame and it’s actually the audience or the user who’s deciding the frame and what’s of interest to them.”

“Anything that helps storytellers create more understanding and empathy for the people and issues that we are covering is worth exploring,” adds Brian Storm, founder and executive producer of the multimedia production studio MediaStorm. “It may take some time, but it’s clear that important storytelling can be elevated in the virtual reality space.” Indeed, the immersive experience may make room for a deeper connection between the viewer and the content – even an emotional one.

Similar technologies are already being used by the military to create flight simulators, and by doctors to practice surgeries. Ford uses it to assist designers in developing car prototypes, and NASA has been experimenting with controlling robots remotely and even simulating walks on Mars.

Dennis and his team have equally grand ambitions for virtual reality. They see it as a way to connect people to current events by using it in breaking news situations; ones that the general public lacks personal connection to. Of course, these aspirations will have to contend with the exorbitant price tag currently associated with the production of these visual experiences.

Beyond breaking news, Dennis also imagines the technology could be introduce to schools to expand on the classic curriculum: “They’re not reading a textbook about ancient Rome,” Dennis says, “They’re in ancient Rome.”

Dennis would also like to direct nature documentaries on pressing ecological concerns, with the goal of putting viewers in remote areas of high biodiversity. Places that “are threatened by deforestation or coral reefs that are acidifying and disappearing, or species that are on the brink of extinction,” he says. “Distill really complex, abstract problems that humanity is facing into experiences that we understand.”

Narendra Modi won India’s national elections by an unprecedented parliamentary supermajority, routing the ruling Congress Party. He pulled off this feat by overcoming his image as a militant Hindu nationalist and positioning himself as the Indian avatar of Ronald Reagan, promising to take India’s moribund economy to new heights with his formula of “maximum governance, minimum government.” But he also made many unwise campaign promises that directly contradict his mantra. He’ll have to break at least five of them if he’s to have a prayer of delivering the growth he promised. 1. Stop Propping Up Inefficient Public Sector Companies More than 20% of India’s economy consists of poorly run, federally owned companies. About one-third of them operate on a loss, and the rest return profits of less than 1% annually. Hence, a reformer who believes in “small government” must make aggressive privatization his top priority. Instead, last month, Modi made the face-palm inducing statement that beating up on these companies has “done much damage” to them. He promised to fix, not sell, them by squeezing out – wait for this! -- “administrative inefficiencies.” But central planners since Lenin have been trying to do just that without success. So unless he knows something that they didn’t, he’d be doing the country a favor by putting them out of their misery. 2. Abandon Gaudy Infrastructure Projects There is no doubt that India needs to improve its infrastructure – pathetic even by developing countries’ standards – if it wants to boost productivity and growth. (Indians joke that while the British drive on the left of the road, Indians drive on what’s left of the road.) But India is a poor country with not a lot of spare change. So a believer in “good governance” would focus, laser-like, on core public goods like sewage, water, roads and electricity. Just upgrading these to minimum international standards, according to global consulting company McKinsey, will require an investment of $1.2 trillion over 20 years, about eight times more than currently proposed. Instead, Modi has produced an infrastructure development plan as gaudy as Liberace’s Christmas tree, complete with “bullet trains in four directions.” The bullet train or high-speed rail concept was obviously calculated to pander to India’s chauvinistic desire to keep up with China. But these rails are white elephants on which China’s autocrats spend unsustainable amounts because they rarely pay for themselves, my Reason Foundation colleague Baruch Feigenbaum points out. So Modi would be better off abandoning them along with his other loopy plans for smart cities and elite universities. 3. Kill Wasteful Subsidies Modi’s stump speeches repeatedly, and rightly, reminded voters that the Congress Party’s game of “vote-bank politics” – handing welfare subsidies to special constituencies to win votes – was ruining the country without improving living standards. Modi’s solution? More subsidies. He was totally on board with Congress’ scheme to guarantee 100 days of income to rural families without an employed male –- a massive disincentive to work. True, he did criticize the Food Security Act that handled means-tested food assistance. But why? Because it wasn’t generous enough. He has pledged to guarantee farmers 50% profits, something that even Congress couldn’t bring itself to do. Worse, his party’s platform proposed to add the Right to Health to the long list of rights that the departing party has already put on the books. If Modi really wants live up to his billing as a Reagan-like reformer rather than becoming the second coming of Jimmy Carter, he ought to get rid of these programs, replacing them with a scaled back direct cash-transfer scheme that hands poor people a lump sum to spend as they see fit. This will have a better shot of reaching the pockets of intended beneficiaries rather than corrupt bureaucrats. 4. Let in Big Box Foreign Retailers One of the few politically difficult reforms that Congress enacted was allowing foreign supermarkets such as Walmart to own a majority stake in local retail stores. India’s $500 billion retail industry is among the most backward in the world and could badly use an infusion of capital and expertise to modernize itself. However, Modi, this fearless reformer who prides himself on having attracted a record amount of foreign investment in Gujarat, agreed to scrap this law. Why? Because it threatened millions of small mom-and-pop storeowners, his party’s core base. In the last few days, he’s started reversing course, telling storeowners to treat globalization as an opportunity, not a threat. That’s a tune he should keep humming. 5. Keep Inflation Hawk Raghuram Rajan as India’s Central Banker After experiencing heady growth for about a decade, India has been in the grip of soul-sapping stagflation, with inflation outpacing GDP growth by a factor of two. Congress had wisely invited University of Chicago’s Raghuram Rajan to head the Reserve Bank, India’s equivalent of the Fed, to tackle inflation. But Modi has been sending mixed signals about whether he’ll keep Rajan. That’s because Rajan might insist on an inflation-targeting regime. This will mean keeping interest rates high until inflation has been slashed from the current 9% to 4% or so. However, this will make government borrowing to finance Modi’s gaudy infrastructure plans -- as well as private borrowing for capital investments -- much more difficult. The latter, sadly, is at an 11-year low, severely crimping jobs and growth. Modi is admittedly between a rock and a hard place on this. But Reagan, his role model, allowed the central bank to first squeeze out inflation, and so should Modi. He could raise funds for needed, not feel-good, infrastructure projects by eliminating wasteful subsidies, selling off inefficient public companies and inviting foreign investment – which is all the more reason to break the other four promises. Shikha Dalmia is a senior policy analyst at Reason Foundation. The views expressed are solely her own.
Zero Point

For Dennis, even that is just a starting point. Eventually we will want more than to simply look around, he says. “We’re going to want our bodies in there, our hands in there. We’re going to be able to stand up, start walking around a scene, moving around it. That’s going to be mind-blowing.”

Dennis agrees that a fully immersive virtual experience might seem scary, even dangerous, to some, but he believes that temporarily imitating reality to the fullest extent is a natural urge, at least for him.

And yet, there is a great deal of software innovation necessary to bring even his simplest technological ideas to fruition, but for the first time it seems a matter of when and not if.

Correction: The original version of this story misattributed a quotation. It was Brian Storm, founder and executive producer of the multimedia production studio Media Storm, who said, “Anything that helps storytellers create more understanding and empathy for the people and issues that we are covering is worth exploring. It may take some time, but it’s clear that important storytelling can be elevated in the virtual reality space.”

Zero Point is an immersive film created by Condition One for the Oculus Rift. It is now available for PC on Steam.

Danfung Dennis is a documentary photographer and videographer. He directed the award-winning documentary Hell And Back Again and produced the 360 degree film Condition One. 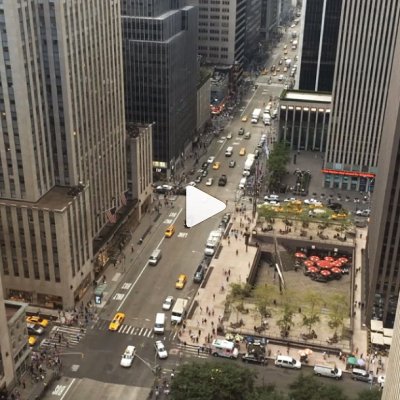 Instagram Wants Hyperlapse To Be &#039;Another Way of Seeing&#039;
Next Up: Editor's Pick