An over-the-counter drug commonly used to treat allergies may one day also contribute to the treatment of hepatitis C, according to new research in mice published in the journal Science Translational Medicine.

For the last 10 years, researchers at the National Institutes of Health (NIH) and Hiroshima University have been searching for new, better drugs to treat hepatitis C, an infectious disease that attacks the liver. By screening thousands of drug compounds in a U.S. Food and Drug Administration library—many of which are already approved and on the market—the researchers have determined that a class of antihistamines may be repurposed to treat hepatitis C. The drug chlorcyclizine HCI (CCZ)—a drug that’s been approved since the 1940s—was shown to be the most promising inhibitor of the virus, the new research found.

“Current drugs against hepatitis C, although they are effective, are expensive, have side effects, and are associated with drug resistance,” says study author Dr. T. Jake Liang, a senior investigator of liver disease at NIH. “There’s definitely unmet needs in the current regime of treatment.”

Promising drugs to treat hepatitis C have made it to market in the last few years, but at a hefty price. The biotech company Gilead Sciences has two hepatitis C drugs with high price tags: one drug, Harvoni, costs $95,500 for 12 weeks, and the other, Sovaldi, costs $84,000. That comes out to $1,000 per pill. Still, many patients with hepatitis C prefer oral drugs over the daily injections that were previously required.

The researchers of the new study report that CCZ can specifically target hepatitis C, and prevented infection in mice by blocking hepatitis C from entering liver cells. That’s a different mechanism from the current drugs, which block replication of the virus once it gets into the cells. “This is certainly new compared to the existing drugs,” says Liang. “I think that’s the exciting part of our research: We are finding a new class of drugs that are active against hepatitis C.”

The drug showed promising results when tested on a population of mice who were infected with the virus. The researchers discovered that when the mice were given the drug on a daily basis, there was a significant decline in their viral levels. “That’s typically what we look for when we test any drugs,” says Liang.

The findings are still preliminary, and there are several steps that need to be taken before there’s any clinical use available for people. The scientists still do not know if the drug has the same effect in humans, how exactly it works and what form the treatment should take. “We want to caution people that these drugs have not been tested in people yet,” says Liang. “They should not run out and take this medicine to treat hepatitis C.”

Liang says his team is working on understanding how CCZ and antihistamines in general could contribute to the treatment of hepatitis C. They will be initiating a small proof of concept trial in humans which will look at the effect of short term CCZ dosing on the infection. Liang says that since the drug is already approved, his team doesn’t have to go through a slog of regulatory approval for trials, and that the FDA is interested in drug repurposing, which appears to be a growing area of drug discovery. The same process was recently used to identify drugs during the Ebola outbreak. Liang says his team is also looking at ways to modify and optimize CCZ to make it more effective and suitable for humans.

With CCZ costing about $0.50 a tablet for allergy-related uses, the big question is whether a new hepatitis treatment that could come from existing drugs would be more affordable. Liang says he doesn’t have a “clear answer” to that question, but he says he envisions a few scenarios where the treatment could bring down costs. “If this particular class of drugs turns out to be effective against hepatitis C, it could be used in combination with existing drugs to perhaps shorten the duration of use,” he says. “Instead of [taking the drugs] for three or six months it could be [taken] for four weeks. That will certainly reduce the cost of the drugs because you are not taking them for as long.”

More research is needed in the search for better treatments for the 3.2 million Americans living with chronic hepatitis C. 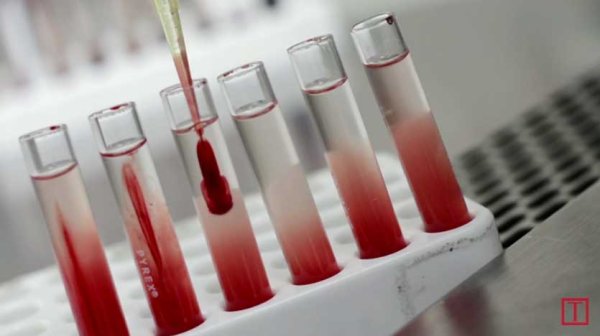 The Problem and Promise of Precision Medicine
Next Up: Editor's Pick