Jesse Eisenberg and Jeremy Irons will join the cast of the upcoming Superman-Batman film as Lex Luthor and Alfred, Warner Bros. announced Friday.

Eisenberg and Irons will join Henry Cavill as Superman and Ben Affleck as Batman in the highly anticipated sequel to Man of Steel, set to open in May 2016, Variety reports.

Amy Adams, Laurence Fishburne and Diane Lane are also set to return to the yet-untitled Superman-Batman flick, while Gal Gadot is set to play Wonder Woman.

Nominated for an Oscar for playing Mark Zuckerberg in The Social Network, Eisenberg will play Superman’s nemesis Luthor, while Irons will fill Michael Caine’s shoes in the role of Batman’s trusted friend Alfred. 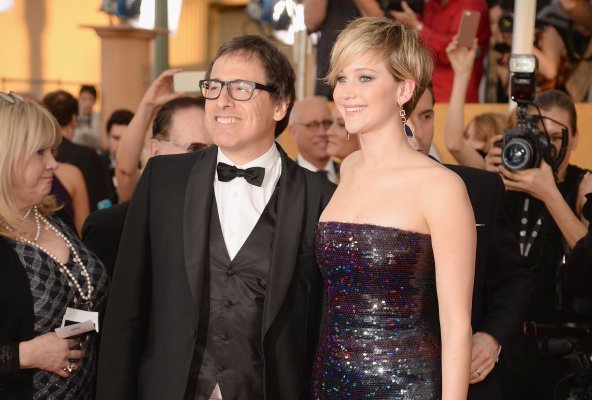 The Woman Behind What May Be Jennifer Lawrence's Next Oscar-Worthy Role
Next Up: Editor's Pick