40% of Flights in France Canceled Amid Strike

Travellers check a flight information board with various of them listed as 'cancelled' due to a strike of air traffic controllers at the Charles de Gaulle internation airport's terminal 2, in Roissy, near Paris, April 8, 2015.
Ian Langsdon—EPA
By Nolan Feeney

Roughly 40 percent of flights in France have been canceled as the country’s air traffic controllers began a two-day strike Wednesday.

The SNCTA union, which is France’s largest, is clashing with airlines over raising the retirement age and working conditions, the AP reports.

Air France, the country’s biggest airline, said long flights would not be affected and that 60 percent of its medium-haul flights in and out of Charles de Gaulle airport would continue. However, two out of three flights to and from France’s Orly airport, the country’s second largest, have been canceled.

“It’s grossly unfair that thousands of European travelers will once again have their travel plans disrupted by the selfish actions of a tiny number of French ATC workers,” Ryanair said in a statement. The airline has so far canceled more than 250 flights. 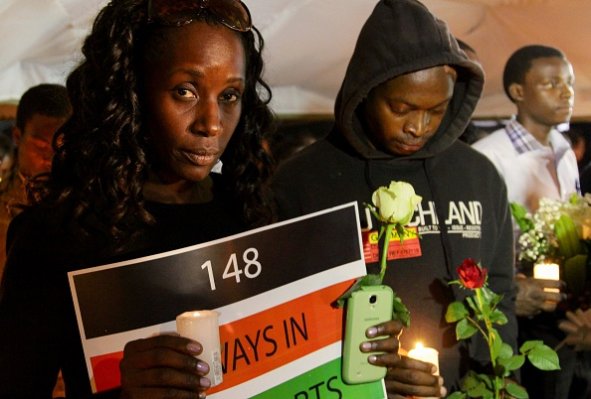 Kenyans Are Using #147NotJustANumber to Honor Garissa Victims
Next Up: Editor's Pick