Space Shuttle Endeavour Exclusive: A Timelapse of the Final Ride

Gene Cernan and Tom Stafford did not give a thought to a 12-year-old photographer named Scott Andrews in the early morning hours of June 3, 1966. The two astronauts had just strapped themselves into the cockpit of their Gemini 9 spacecraft — a tiny pod into which they were crammed shoulder-to-shoulder, nose-to-instrument panel, atop 109 ft. of Titan missile. Sometime that morning, massive tanks of aerozene 50 and nitrogen tetroxide would mix and explode in the belly of the Titan, producing an eruptive thrust of 430,000 lbs. and hurling the men into orbit. Two launch attempts had been scrubbed already, and for this third one, the back-up astronauts — Jim Lovell and Buzz Aldrin — had left a teasing little note in the cockpit: “We were kidding before, but not anymore, get your…uh…selves into space, or we’ll take your place.”

Cernan and Stafford did get into space that day, and when their Titan lit, at 6:38 AM ET, Andrews was there, watching his first-ever manned launch, snapping and snapping and snapping away. He came back for Gemini 10 as well, and then 11, and then 12, and nearly all of the Apollos, and Skylabs and shuttle missions that followed. By college, he was photographing the launches professionally. The only three manned liftoffs he missed in his long career were two of the 135 shuttle launches and that of the ill-fated Apollo 13 — a break both in his own streak and the Apollo program’s run of luck. “[Flight director] Chris Kraft later told me that he wished he’d flown me down there himself,” says Andrews, now 58.

There are no manned American flights for Andrews to shoot these days, of course. The final shuttle flew in 2011 and NASA has no coherent timeline for putting humans back in space — or even a coherent idea of where it wants to send them when it does. The shuttles are now little more than museum pieces: Enterprise sits on the deck of the aircraft carrier Intrepid in New York’s Hudson River; Discovery is on display at the Smithsonian Institution; Endeavour is at the California Science Center (CSC) in Los Angeles; and Atlantis is now preparing for its unveiling at the Kennedy Space Center in Florida.

But there was a sense of grandeur in the act of retiring at least one of the ships — though it took a certain kind of vision to find it. Andrews provided that vision. Getting Endeavour to the CSC required not just the familiar piggyback flight atop a heavy-lift 747, but also an improbable, winding crawl through 12 miles of city streets from Los Angeles International Airport to the museum itself. Andrews, along with his son Philip and former Apple software engineer Stan Jirman went along for the ride, capturing the journey in a stop-action video that conveys the extraordinary complexity of Endeavour’s final trip.

The video begins with the stacking of the shuttle atop the 747 transporter at the Kennedy Space Station in Florida and the later unstacking at Los Angeles Airport, then follows the earthbound orbiter on the slow crawl along the avenues, side streets and residential roads of L.A. The 6-and-a-half minutes of footage are just a tiny fragment of what was supposed to be a 36-hr. trip and turned out to take four days — and from the look of the video, it’s a wonder it didn’t take much longer. Endeavour crept along in a motorcade attended not just by police and news crews, but by a swarm of tree-wranglers and cherry-pickers, who came along to prune back or pull aside overhanging branches, power lines and suspended signs. With a 78-ft. wing span and a 58-ft. high tail, Endeavour required a lot of this impromptu path-clearing — not to mention the complete removal of hundreds of trees in advance of the trip. The city has promised that for every tree uprooted, three or four younger, healthier ones will be replanted.

Andrews and his team left none of this unrecorded. Their 12 cameras captured about 500 hours — or six terabytes — of data over the course of the four days, nearly all of which they spent on the flat-bed crawler with the shuttle, getting about four hours’ sleep out of every 24. “We were up almost constantly,” says Andrews. “It was a total blur.”

And that was only the first part of the job. The team knew they wanted to run their video at an eye-friendly 24 frames per second, meaning they needed just over 9,500 frames, which they had to select from the more than 350,000 they shot. That work fell to Jirman, who devoted about 100 man hours and 22 CPU days to choosing the images, stitching them together and painstakingly deflickering the frame-to-frame transitions, which included smoothing out the constant changes in lighting, especially those between night and day. Most of the work was done on a MacPro processor that consumes 700 watts when it’s really cranking — not counting the power the two 30-in. monitors burn. Jirman estimates that paying a Pacific Gas & Electric rate of $0.38 per kilowatt hour, he ran up a $178 electric bill just to keep the computers running.

The video record that resulted from all this effort has helped turn what plenty of people in the space industry viewed as a funeral procession into something of a grand promenade. The shuttles will never fly again, but they have a different kind of value now. The things they did and the stories they tell can inspire and shame in equal measure—prodding us to make our way back into space and forcing us to explain ourselves if we don’t. The same is true of the men who flew the early missions. Just last Saturday, the very same Stafford and Cernan, now 82 and 79, flew to Lake Forest, Ill., to attend a rousing 85th birthday celebration for Jim Lovell, the Gemini 9 back-up and the commander of the Apollo 13 mission Andrews missed. All of the men are still active, all of them still travel and work (Lovell only grudgingly agreed to give up flying his own plane last year) and all of them, having done their generation’s bit to make America a space-faring nation, jolly well expect this generation to carry that effort on. That’s a message Endeavour’s victory lap ought to send too.

Jeffrey Kluger is an editor-at-large at TIME, overseeing the magazine’s science, health and technology reporting. 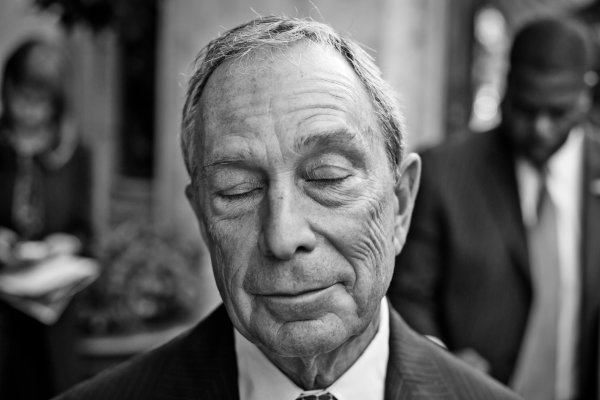